Want to read the best up-and-coming fantasy writers? The holidays are a great time to try out some new magazines, and discover them for yourself. This month we start our coverage of the splendid online magazine GigaNotoSaurus, which publishes one long novelette or novella each issue, and Fletcher Vredenburgh reviews the excellent Best Of Heroic Fantasy Quarterly, Volume 1. Doug Ellis did some impressive detective work to bring to light the 70-year old correspondence between Robert A. Heinlein, L. Sprague de Camp, and Astounding cover artist Hubert Rogers, and Fletcher found much to like in the newest issues of Swords and Sorcery Magazine and Fantasy Scroll in his November Short Story Roundup. For vintage fiction fans, Matthew Wuertz continued his Galaxy re-read with the February 1953 issue, with top-notch stories by Damon Knight, Algis Budrys, Theodore Sturgeon, Robert Sheckley, and Clifford D. Simak.

Check out all the details on the magazines above by clicking on the each of the images. Our early December Fantasy Magazine Rack is here. 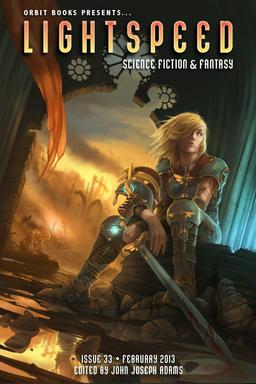 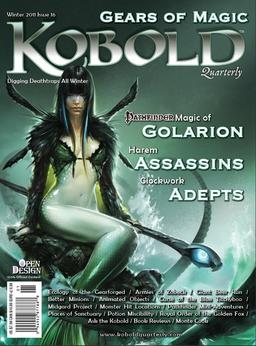 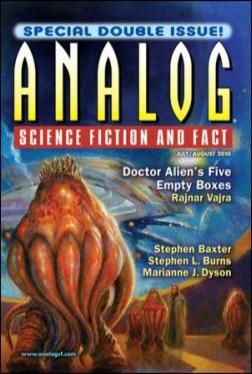