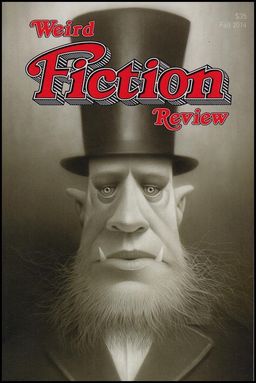 Weird Fiction Review is a terrific little magazine. In fact, it has a lot in common with the print version of Black Gate — it comes out once a year, the issues are huge (300+ pages), it’s crammed with art and pictures, and it contains a nice mix of fantasy fiction and articles.

It’s also more expensive than it probably should be. It is limited to 500 copies, and is priced as a limited-edition collectible: $35 per copy. That seems a lot for a magazine (and speaking as a publisher who used to charge 18 bucks for a small press magazine, that’s saying something.) I’m not sure I understand the business model behind a limited print run on a magazine, but the Centipede Press folks clearly know what they’re doing.

In any event, the issue looks terrific, with brand new short fiction from Brian Stableford, Darrell Schweitzer, Jason V Brock, Robert H. Waugh, and many others — plus a reprint from James Branch Cabell. There are also poems from Chad Hensley, Wade German, Charles Lovecraft, and many others.

For whatever reason, the issue is not available through Amazon.com until September 15. But it’s for sale now at the Centipede Press website, and has been selling on eBay and other online outlets for a few months.

“A Further Experiment in the Effects of Mesmerism” by Brian Stableford
“The Land of Lonesomeness” by Sam Gafford
“Concerning Corinna” by James Branch Cabell (originally published in 1920)
“Shelf Life” by Donald R. Burleson
“Welcome Back” by Jonathan Thomas
“The Damnable Offsense” by Sherry Austin
“Hanged Man and Ghost” by Darrell Schweitzer
“Verlassen” by Jason V Brock
“The Nail” by Donald Tyson
“The Tugboat” by Robert H. Waugh

And the non-fiction contents are:

Presenting! The Amazing! Ackermonster! by Dennis Etchison (originally published in 1967)
Richard Matheson and His Impact by Jason V Brock
James Branch Cabell’s “Machen” Story by Darrell Schweitzer
An Interview with Michael Aronovitz, by Jonathan Johnson
Blame It On Feldstein by John Butler
MADly Yours, Al Feldstein: An interview with Al Feldstein, by Jason V Brock (originally published in 2010)
Travis Louie Gallery: artwork by Travis Louie
The Monstrous and the Fantastic by Jan Vander Laenen
Bradbury in Hollywood: An interview with Ray Bradbury, by Dennis Etchison
The Little Publisher That Could by Stefan Dziemianowicz
Caitlin R. Kiernan and the Folklore of Awe by James Goho
Casket Letters: Fifty Essential Comics by Danel Olson
Forgotten Masters of the Weird Tale by John Pelan 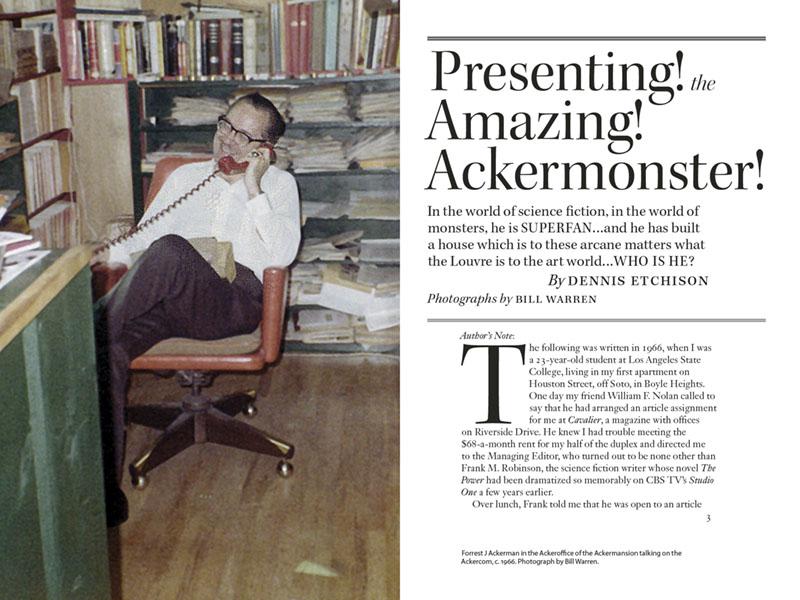 Ackerman is my hero. 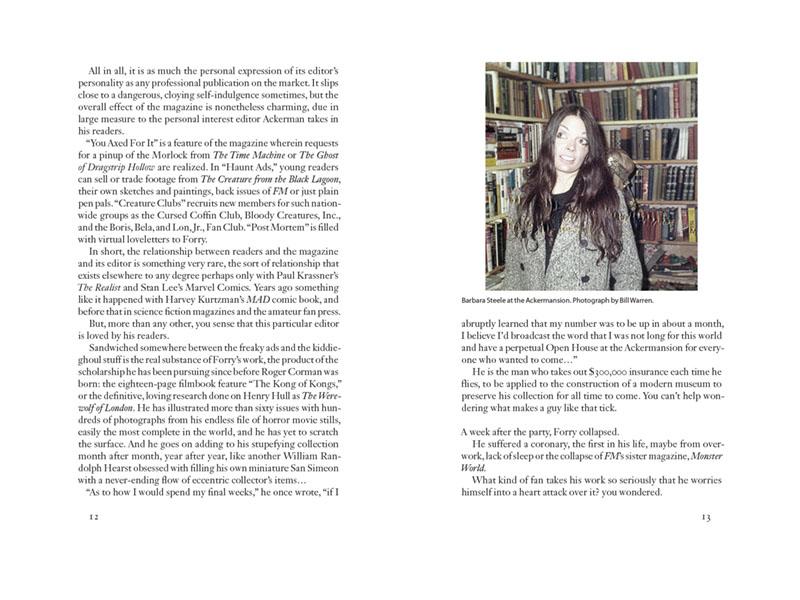 WFC makes great use of color, there’s no denying it. 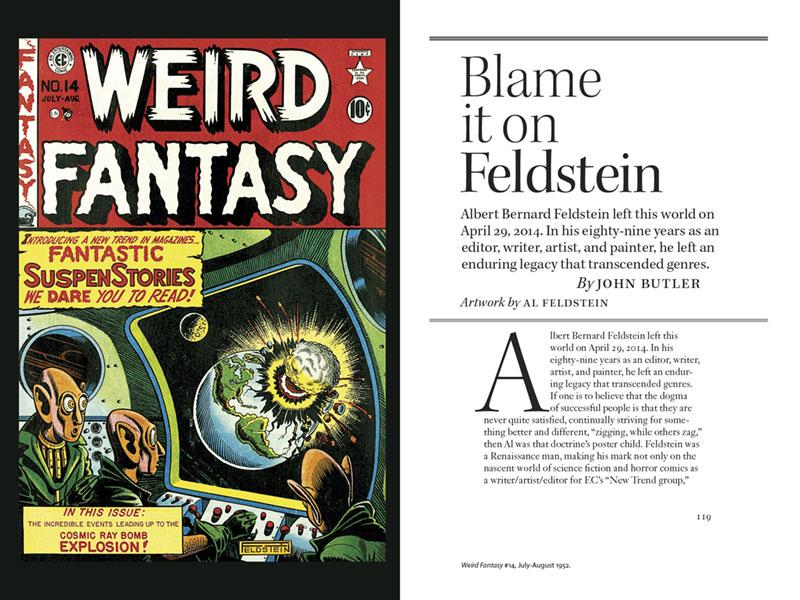 Weird Fiction Review 5 was edited by S.T. Joshi and published by Centipede Press; it is cover dated Winter 2014. The issue is printed on high quality paper with lots of color. It is 304 pages, priced at $35 for the sewn trade paperback, and limited to 500 copies. The cover is by Travis Louie. Get more detail and order copies at Centipede Press.

Definitely want this issue! I picked up issue #4 based on your coverage of it here.

On the high $35 cover price: you can typically find the new(er) issues for substantially less than that. If you pre-order issue 5 on Amazon, they have it discounted to $26.60. And you can find copies of issue 4 for around $18.

Not so for the first three issues: the cheapest issue 3 on Amazon will set you back $999.11! (Before anyone starts thinking “Wow these must be amazing investments,” though: I think what we see going on there is the work of robot algorithms John O’Neill posted about here on BG a year or so back, which find books that are very low in stock, start jacking up the price, and then [if there is more than one robot gaming the algorithm] get caught in an artificial loop that spirals the price upward into realms that no one would ever actually pay for them.)