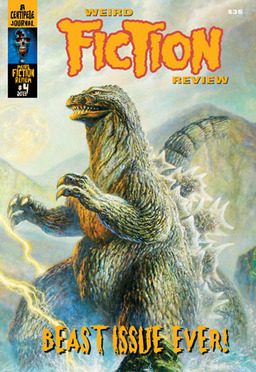 While I was wandering around the Dealer’s Room at the World Fantasy Convention, I spotted this little gem on Greg Ketter’s table. It’s the fourth issue of Weird Fiction Review, S.T. Joshi’s annual magazine devoted to the study of weird and supernatural fiction. And yeah, that’s our boy Godzilla on the cover.

Joshi has a rep as a serious scholar of weird fiction and he’s edited numerous collections and anthologies, including the brand new The Madness of Cthulhu, The Dark Eidolon and Other Fantasies by Clark Ashton Smith, and the long-running magazine Lovecraft Studies. But the thing that’s surprised me about Weird Fiction Review is the delightful sense of whimsy it exhibits, especially with cover art. The cover of the previous issue, for example, featured Mad magazine poster child Alfred E. Neuman with Cthulhu tentacles. That’s some serious satiric genius right there.

The only serious drawback, in fact, is the price: $35. Like almost everything Centipede publishes, it has a limited print run (500 copies.) However, it is available through Amazon at a 45% discount (for $19.17).

And here’s a pair of sample pages from John Butler’s The New Monster Magazines: 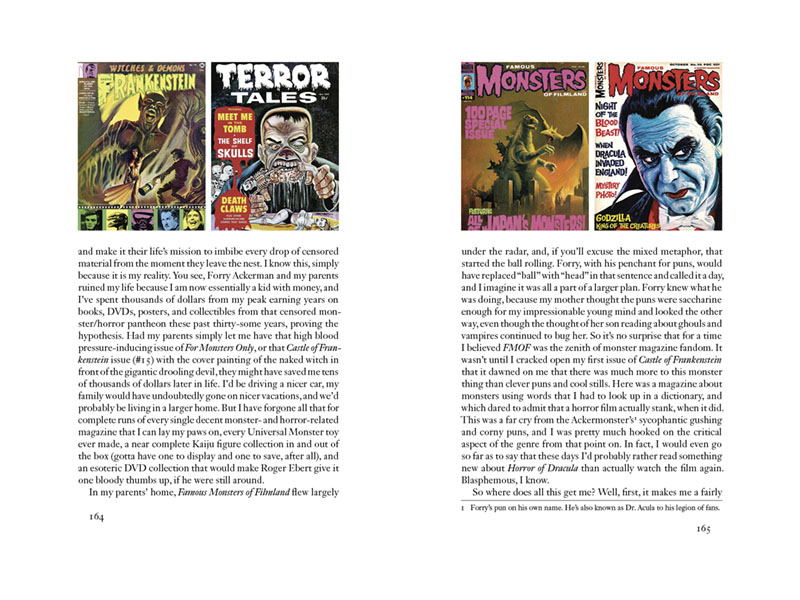 So far, the magazine has more or less stuck to its annual publication schedule. We covered two previous issues, WFR 1 and WFR 3.

Weird Fiction Review 4 was edited by S.T. Joshi and published by Centipede Press on May 13, 2014 (cover dated 2013). The issue is printed on high quality paper with lots of color. It is 271 pages, priced at $35 for the sewn trade paperback, and limited to 500 copies. The cover is by Bob Eggleton. Get more detail and order copies at Centipede Press.

Santa, please note: I want this for Christmas.

I really want to get my hands on a copy of this as well, the table of contents looks great.