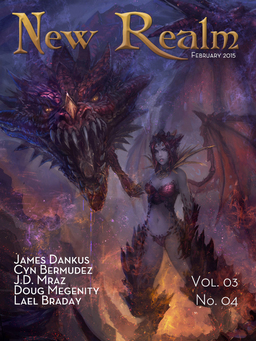 I’ve slowly been expanding our coverage of fantasy magazines here at Black Gate. Despite how dramatically the industry has changed over the decades since I started reading it, I still consider magazines the heart of the field. Our coverage is not nearly as comprehensive as I’d like it to be, but we’re getting there. I thought I’d pause for a moment and take stock of those publications we currently cover, and see if there are any obvious holes. They are:

Whew. That’s more than I thought.

(The links above will take you to our latest articles on each magazine.)

This list doesn’t include defunct magazines, like the much-missed Subterranean and Electric Velocipede, or John Joseph Adams’s excellent Fantasy, which was absorbed into Lightspeed and now only publishes special issues, like the recent Women Destroy Fantasy (issue #58). 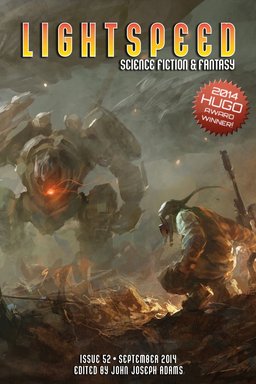 It also doesn’t include magazines we cover only irregularly, like Cemetery Dance, Lackington’s, The SFWA Bulletin, and the marvelous (but erratically published) Adventure Tales, or magazines that don’t include fiction, like the indispensable Locus.  If I have time, I may increase our coverage of them.

Looking over the list, I can already see some glaring omissions, such as:

I’ve tended to overlook both Asimov’s and Lightspeed because they visibly focus on science fiction, and Apex chiefly because it was ably covered by our short fiction reviewers Derek Künsken and David Soyka. But all three magazines are excellent sources of fantasy (even if in small doses), and starting this month, we’ll begin reporting on the new issues of each.

I’ve also focused chiefly on print magazines, which means I’ve neglected a handful of new digital magazines. I’m especially curious about the publications from FictionMagazines.com, including:

New Realm
Under the Bed

I’ll add New Realm to our coverage this month and see how it goes.

Am I missing your favorite fantasy magazine? Are there any on the list that you think should be replaced with more deserving candidates? Let us know in the comments.

You should add Shock Totem into the mix.

I like that you cover these, especially Sword and Sorcery magazine. I’ve picked up a few of these magazines that you cover and it is refreshing to see that the fantasy and horror mags seem to be gaining new steam. It looked for a while that they would go the way of the dinosaur.

I also have a new appreciation of editors. As a reader I seldom took note of them but as I read these blogs about the process I have a new understanding of why an editor is important. I’m hoping that the short story grows in popularity.

It is also cool to see writers who are up and coming make their mark on these pages.

What? No love for Heroic Fantasy Quarterly?

And where’s the link to this NEW REALM I’ve never heard of? They have some rather impressive covers:
http://www.fictionmagazines.com/magazines/newrealm/

> You should add Shock Totem into the mix.

I’m embarrassed to say I didn’t even know Shock Totem was still being published. And you’re absolutely right – it’s a fine magazine, and deserves to be considered.

> What? No love for Heroic Fantasy Quarterly?

Arrrgh! Sorry for the screw up. Of course we regularly cover Heroic Fantasy Quarterly, in Fletcher Vredenburgh’s monthly short fiction round-up. It was extremely sloppy of me to overlook it as I was compiling the list.

I’ve added it, in its rightful place near the top of the list.

> And where’s the link to this NEW REALM I’ve never heard of? They have some rather impressive covers

NEW REALM has some absolutely gorgeous overs, and no mistake. I didn’t discover them under I was browsing Kindle magazines at Amazon.com. Apparently they’ve been around since 2012.

I haven’t tried their fiction yet. So far, in fact, I don’t recognize any of the names of their contributors, which is a little unusual. Looking forward to discovering what the contents are like.

Thanks for the suggestion! GRIMDARK is already on issue 2; it’s definitely worth a look.

[…] promised in my fantasy magazine survey this morning, we kick off our coverage of John Joseph Adams’ excellent online magazine […]

Okay, how did I miss Heroic Fantasy Quarterly, I’ll give it a check.

Shock Totem, what a cool name. I like the cover art too.

I think I need to start reading Grimdark.

If you do, tell us what you think!

We’ve been offered a review copy of New Realm as well, if you’d like to see it.

Sure, I’d love to see New Realm. How did something that at least look that good escape our attention?

It’s all yours. I asked for the Kindle version – will that one work for you?

I have no idea how we missed it. On the other hand, I’m still criminally behind on F&SF and LIGHTSPEED!

[…] Magazine in the past, but not with any real thoroughness. But as I promised in my recent article on Expanding Our Magazine Coverage, I hope to be a bit more diligent reporting on the top fantasy magazines from now […]

[…] discovered New Realm last week, as I was preparing my update on magazine coverage here at Black Gate. It’s one of seven new monthly digital magazines […]

Then there is Suspense Magazine, which may barely qualify http://www.suspensemagazine.com/index.html “we have created one place for you to find out anything you want in the world of suspense / mystery / thriller / horror fiction. If we haven’t done it, don’t worry it’s in the works. “

[…] delighted to be talking about Asimov’s SF as part of Black Gate‘s new initiative to expand our coverage of fantasy and SF magazines. Asimov’s has been a favorite of mine since the first year it was […]

[…] goings on out there in the world of magazines and short fiction (see John O’Neill’s recent posts). So much so that I’m a little behind this month trying to catch up. I haven’t […]