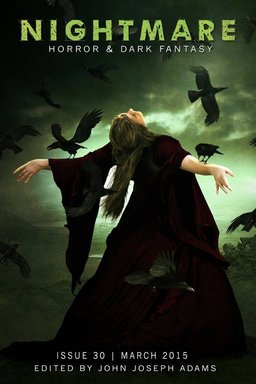 The March 2015 issue of Nightmare Magazine is now available. Nightmare is an online magazine of horror and dark fantasy, with a broad focus — editor John Joseph Adams promises you’ll find all kinds of horror within, from zombie stories and haunted house tales to visceral psychological horror. Fiction this month is:

“Please, Momma” by Chesya Burke
“An Army of Angels” by Caspian Gray

In his editorial, John Joseph Adams reports on the astonishing success of his latest crowdfunding initiative, the follow-up to the groundbreaking Women Destroy Science Fiction! anniversary issue of Lightspeed: 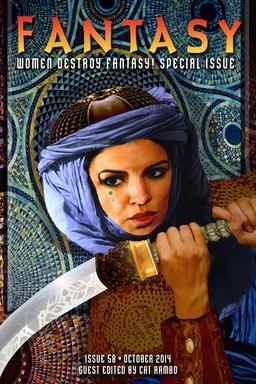 I was especially pleased to hear about the special issue of Fantasy Magazine; Fantasy no longer exists as a standalone publication, as it was absorbed into Lightspeed in January 2012. The last issue I know about was #58, the Women Destroy Fantasy! special issue, published in October 2014 (see the cover left), and still available in print for $12.99, or just $2.99 for the digital edition.

Read all the exciting news in John’s editorial here, and see the complete contents of the issue here.

In the non-fiction section of the latest issue of Nightmare, S. G. Browne discusses the new flavor of zombies in the horror column “The H Word,” and there’s an interview with the amazing Helen Marshall, author of Gifts for the One Who Comes After, conducted by Kelly Link.

Nightmare is edited by John Joseph Adams. The mighty Patty Templeton interviewed him for us here. He has been nominated for the Hugo Award 8 times. He recently became the editor of the new Year’s Best series, The Best American Science Fiction & Fantasy. The first volume will be published by Houghton Mifflin Harcourt this October.

This is the 30th issue of Nightmare. Subscriptions are available for just $1.99 per issue, single issues are available in multiple digital formats for $2.99. Purchase copies and sample free content at the website.

We last covered Nightmare with the February 2015 issue.