A few days back, Black Gate guru John O’Neill wrote perhaps one of the best articles to appear here during 2018. Then he invited me to comment further in my own post on behalf of Rogue Blades Entertainment’s latest titles. So let’s get to it!

One point I wish to make from the onset — all three of 2018’s open calls for submissions are for first-ofs for RBE. We have always intended to be the publisher of everything heroic action adventure (fiction and nonfiction), and we began with our first love — fantasy. Since we started up our presses with extreme, sword- and sorcery-slinging short story heroics, we often are considered a Sword-and-Sorcery publisher.

I love that, and utterly embrace the genre, but RBE is more than that, so I don’t want anyone confused as to our identity or aim. We publish heroics and deliver intense action adventure. Our byline “Putting the HERO back into HEROICS” isn’t just a cool soundbite — it’s what we do.

END_OF_DOCUMENT_TOKEN_TO_BE_REPLACED 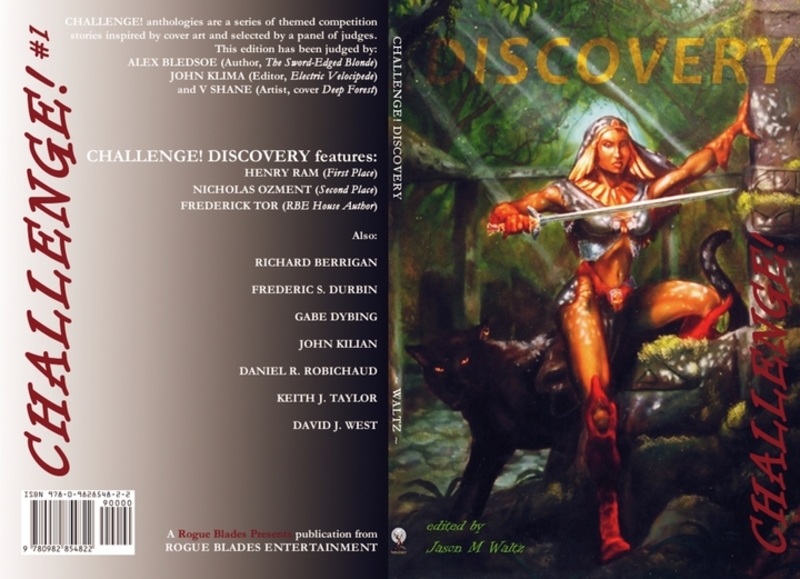 Ahem. It’s been a tad longer than realized: almost exactly 4 years later, RBE reignites. What better way to light the conflagration then with Battle Royale?

Once upon a time…

END_OF_DOCUMENT_TOKEN_TO_BE_REPLACED

Tara Cardinal has quite a story to share. And now she has a novel too. They’re not quite the same thing — but they have a lot in common.

Her, for instance. The actress/writer/director pours everything she is into her stories, and once a person knows them both, the interplay between them is obvious. Passion is a way of life for Tara, and she instills in her projects and the people around her a thirst for it.

This is not the sum of her though. Tara does all her own stunts AND swordplay, she added directing to her resume on the fly, learned how to write the score, edited the film, and interested Uwe Boll into co-producing the movie The Legend of the Red Reaper with her. Then she hit upon an idea to write a story prequel to the movie she’d written and created.  She sketched it out, discovered Alex Bledsoe wandering the same Sword & Sorcery super-aisle, and the rest is history. (Alex offers a bit of a better description of how it all worked out over on his site.)

Alex just so happened to have recently worked with RBE on Writing Fantasy Heroes, and so introductions were made, and the work began. It wasn’t long before the manuscript was going through edit exchanges, the art was being penciled & inked, and both interior and cover layout was being described, revised, and delivered.

But wait! There’s even more to the story. Tara’s passion isn’t for writing, directing, even acting. It’s for empowering children and young women in pursuit of her dream of making the world a better, happier place. The martial artist and swordswoman is also a humanitarian, psychologist, and child advocate. From the age of 12, Tara has always been about defending, assisting, and benefiting children survivors of abuse, illness, and disaster.

Best of all, Tara’s rolled all that passion, all that experience, and all those goals into a Sword & Sorcery novel that delivers the sword-swinging, monster-slaying, ancient god-defying, and good ol’ fun we Black Gaters (hmm, sounds like a football team name to me!) expect — and she’s done that while also delivering Aella, a young woman protagonist who struggles with identity, destiny, belonging, and confidence simultaneous with racial, familial, and sexual tensions.

Aella is not your everyday chain-mail bikini warrior — she’s the heroine every young woman experiencing her own struggles with identity, belonging, confidence, and belief can look up to and emulate. 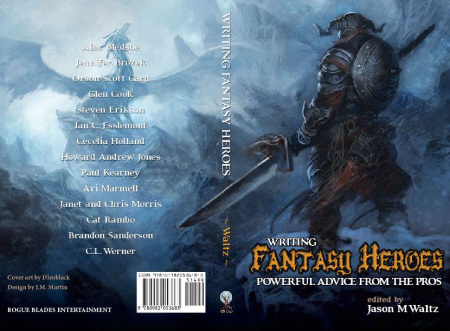 Or as Charlie Daniels sang, “RBE will rise again.” Or maybe not, but it is what he was thinking. Or maybe not.

It is, however, the truth. RBE (Rogue Blades Entertainment) has resurfaced online, finally putting up its first website in two years at Rogue Blades Presents.

It’s been a bit and then some, but the house is making strides and a comeback’s round the bend. The site is up, the books are all listed, the authors and artists are accounted for, and the future looks promising.

In recreating the site, I even discovered something spectacular: all of the old Home of Heroics posts! Granted, they’re buried in a mass of gibberish in an XML file, but it’s nothing a little elbow grease, good eyes, and lots of time won’t salvage. Volunteers?

Drop on by the new joint and share your thoughts of it; grab a book while you’re there. 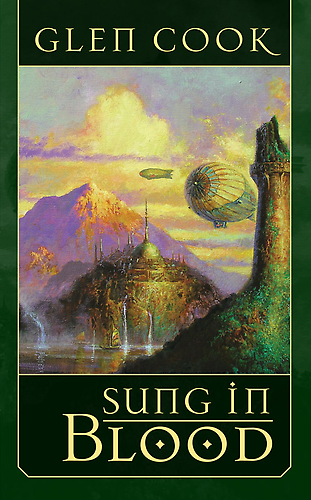 So says the Night Shade Books bookstore page. It’s more than accurate. And for any fan of Doc Savage, it’s a pleasant must-read. Sparse and pulpy, with evil sorcerers and demons, swords- and shadow-men, this less-than-200-page-novel is a fun romp amid the glorious romance of a former era.

My thanks to John O’Neill who, as always, guides my purchasing choices at the Windy City Pulp and Paper Convention every April in Chicago. While I found the book this year, tucked on the lower shelf beneath a vendor’s table, it was he who convinced me to buy it.

In truth, it is not reminiscent of Cook’s other better-known writings. This is nothing like his Black Company or Dread Empire tales — consider that both recommendation and caution.

END_OF_DOCUMENT_TOKEN_TO_BE_REPLACED 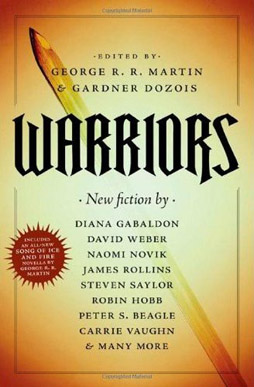 Warriors is a unique anthology. With its smorgasbord of genres, there is a tale and a Warrior for any reader. Well, there is a tale for every reader. Similar to Swords & Dark Magic, the other 2010 mega-sized mega-star-studded co-edited anthology, Warriors’ cover — title and text — misleads the reader as to the nature of its contents.

The cover — which at my very first glance I mistook as a pencil rather than a bared blade of steel — gives the impression of being a ‘how-to’ text on writing about Warriors. This struck a chord with me, for it bears a remarkable resemblance to a looming RBE publication. Turns out, this is not the nature of the anthology. This is a collection of…what, exactly? Experimental works? Writing exercises? Explorations of what being a Warrior is? Perhaps. Yet the back cover cites Homer, Achilles, Gilgamesh, Crane, and Jones, and does not in fact mesh well with an experimental/instructional image, or the actual contents.

Unlike S&DM though, I was unable to read Warriors straight through. No, this anthology took me several months to read, months of setting it down to fill my sparse personal reading time with something more entertaining, more exciting, then reluctantly returning to and finally bulling through it due more to Black Gate’s looming deadline than any other reason. Fortunately for me, five of the final seven tales were winners. In these (and a few earlier) delightful tales, I also happily discovered a few authors new to me.

Unfortunately, almost half the tales contained in Warriors are not of ‘Warriors’ as such titling and portrayal would have one believe. ‘Fighters’ most certainly: every tale delivers a fight. ‘Survivors’ more accurately: every fight delivers a survivor… But Warriors? I think not.