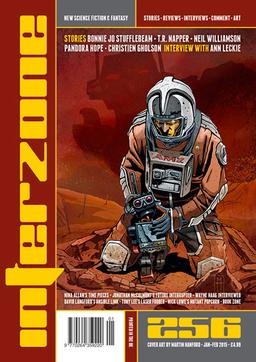 Black Static 44 is now on sale here in the US, and I thought it was long past time to take a look at its sister magazine Interzone, also published by TTA Press in the UK.

Interzone was founded in 1982 by a UK collective of fans that included author and critic John Clute, Take Back Plenty author Colin Greenland, Malcolm Edwards, who became the SF editor at Victor Gollancz and creator of the highly respected SF Masterworks line, and David Pringle. David Pringle eventually became the sole editor, remaining at the helm for an incredible 193 issues, until he stepped down in 2004. Since then it’s been owned by TTA Press, publishers of Black Static and Crimewave, with Andy Cox as editor.

Interzone contains chiefly science fiction but, like Asimov’s SF here in the states, does publish the occasional fantasy piece. Issue #256 is cover-dated January/February, and contains the following stories:

The cover this issue (titled Berenice) is by artist Martin Hanford, who has been commissioned to do all the 2015 covers. Click the cover for a bigger version. If the style looks familiar, you probably saw Hanford’s art just yesterday in our New Treasures piece on Swords of Steel.

This issue also includes an interview with Ann Leckie, the Hugo-award winning author of Ancillary Sword, as well as articles by Tony Lee, Jonathan McCalmont, and Nina Allan. There’s also David Langford’s long-running Ansible Link column, and an interview with Wayne Haag about his work as a concept artist and matte painter for TV and film.

As usual, the interior art adds enormously to the professional look of the magazine. Here’s the opening spread for Bonnie Jo Stufflebeam’s “Nostalgia” (art by Richard Wagner). 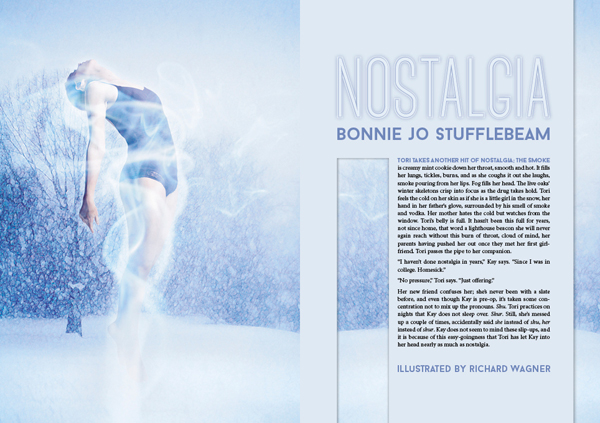 And “The Ferry Man” by Pandora Hope (illustrated by Ben Baldwin). 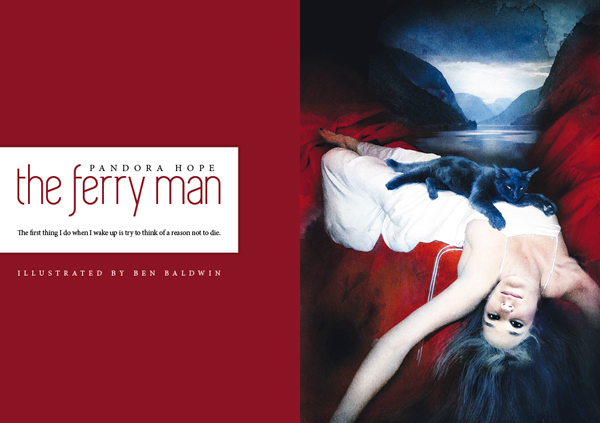 And “Tribute” by Christen Gholson (illustration by Richard Wagner). 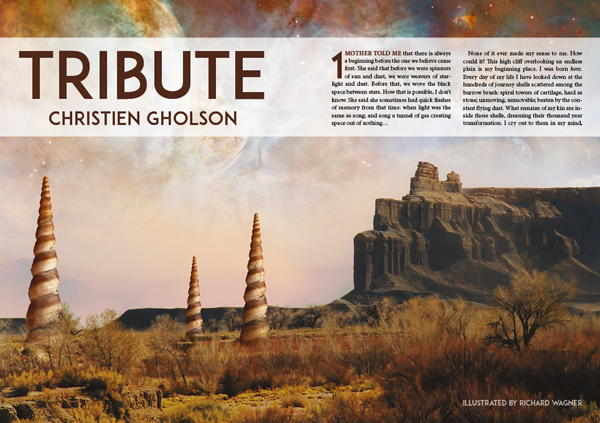 Even the interviews look great. 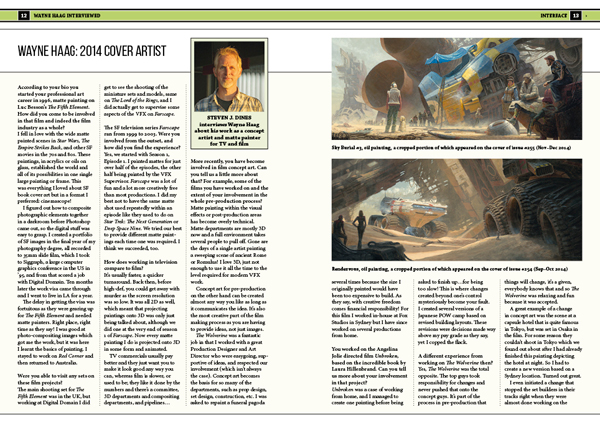 As do the colorful and easy-to-read reviews. Here’s Tony Lee’s Laser Fodder column. 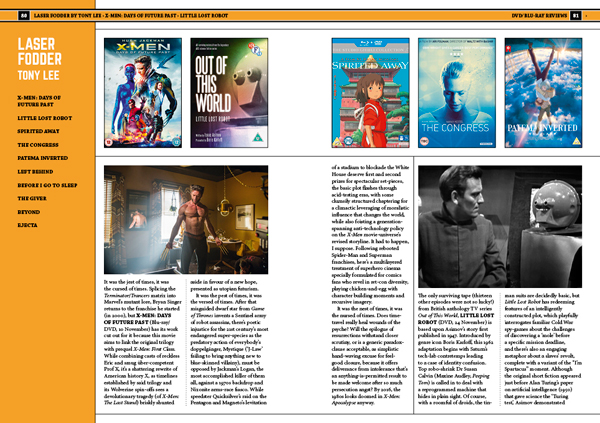 See more details and excerpts from issue 256 at the TTA website.

See all of our recent coverage of magazines here. We last covered Interzone with a look back at Two Decades of Interzone.

[…] See all of our recent coverage of magazines here. We last covered Interzone with Issue 256. […]