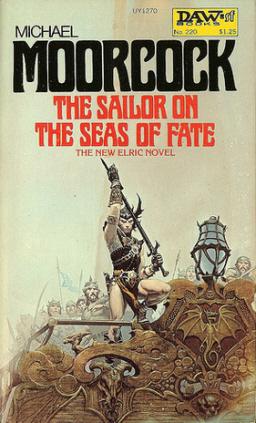 So I wrote a stonking great think piece thing about the Standard Fantasy Setting a while back and a lot of people read it. Some of those people liked it and some of those people didn’t; that’s fine, it’s got to the point where I only cry for fifteen minutes when someone criticizes me now.

So yeah, I thought I’d write this follow-up post, explaining what was wrong with the article and to set the record straight. It’s more for me than anyone else… mostly because, goddammit, no one criticizes Connor Gormley better than Connor Gormley does.

I had good intentions at the start, yeah. It was going to be a much more balanced look at the standard fantasy setting, its pros and cons and a pretty mild critique; and you can still see elements of that initial idea kicking around in there, in what I actually said about the setting. The fact that it lets authors focus on narrative pacing, on character development, or outright, balls-to-the-mothertrucking walls action if they want, without having to worry about world building or introducing entirely new creations because most readers already know the characteristics of Elves, Dwarves and Orcs and what not, or at least the nature of a medieval-ish society. Michael Moorcock might be able to meet the compromise, yeah, but Michael Moorcock is essentially Jesus, so I don’t think it’s fair to count him (which, renders half of the article moot, anyway).

Where the problems arose was when I started spouting out things like “A genre that, by its very nature, should have no restrictions, that should be free of limitations and impossible to define has become one of the most rigid and easily distinguishable genres in our modern spectrum.”

That was completely idiotic. It basically claimed that fantasy shouldn’t have sword fights and magic and a pre-industrial setting — all whilst completely forgetting that’s what mainstream fantasy is. That’s like saying action movies shouldn’t have guns or car chases or explosions or excitement or anything at all except a somewhat muscular, not really intimidating looking man, hastily going about his household errands. 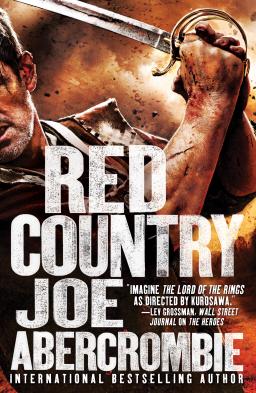 The original idea was to suggest that, whilst sword fights and the lark should still have a role in fantasy, that’s not all there should be. But that was a stupid point too, because there is so much more to fantasy, anyway; moral ambiguity, hazy psychedelic landscapes, ponderings on the nature of man and life and all sorts of other very, very profound things. You just have to look for them.

In fact, no scratch that, a lot of the time you don’t; I might have derailed and criticized the likes of A Game of Thrones and the works of Joe Abercrombie (both of which I thoroughly enjoy by the way) but I did so whilst ignoring the fact that those authors use the trappings of the standard, pseudo medieval fantasy setting to create interesting characters and fast-moving unflinchingly engaging narratives, and they still manage to create their own unique worlds; they may not have been entirely original but they were interesting and were the perfect backdrops for the stories being told.

Which is what I said the standard fantasy setting should be used for anyway. I still think what I said about A Game of Thrones being set amongst load of aboriginal tribes still sort of holds up, but that’s beside the point, and saying things like that in the face of something as successful and as widely praised as A Game of Thrones just makes you look like a bit of a nob.

Then there’s the more obscure stuff, stuff on the harsh and rugged borderlands of the genre, the kind of stuff with five o’clock shadows and leather jackets and motorbikes and sawed off shotguns; there’s a ton of imagination there, too.

I finally got round to reading something by James Enge the other week, namely The Wolf Age, and found that, yeah it uses werewolves, one of the old, reliable stallions of speculative fiction, but it twists them so that they’re new and fresh and interesting.

Enge gives them their own society, a social and political system dictated by blood and strength and fury. And that, playing around with the conventions of a genre, twisting them so they’re unique, is possibly more creative than just coming up with new stuff, because you’re working within boundaries, you’re setting yourself limits. 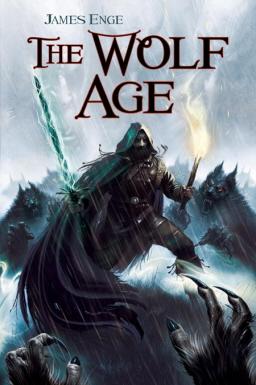 And that’s to say nothing of the other stuff Enge comes up with: Morlock’s magic gadgets, the workings of the strange gods or even the genuine wonder with which it’s all crafted.

I’m pretty sure I also suggested that Fantasy should or, rather, could be some all-encompassing meta-genre, not restrained by any set of conventions.

The problem with that is, though, a set of conventions is what defines a genre, a genre without conventions isn’t a genre it’s just a… thing, a nebulous and intangible thing that you can’t describe because it can’t actually exist in a lot of ways.

And, anyway, fantasy and sci-fi are as close to that idea as it can get. They’re no longer slightly nerdier versions of action/adventure fiction or historical fiction with dragons; there are detective stories, romances, outright comedies, horror, war dramas, character dramas, political intrigue type things and a whole network of sub-genres and hybrid genres and minuscule little niches all operating within the same network of aesthetic conventions and ideas.

In short, it was ridiculous of me to suggest that fantasy was in need of more imagination, because it’s right there waltzing through the pages and showing off its milky white thighs in the moonlight; I was just too busy eating twigs and gawking at squirrels to see it.

Then there’s the even more ridiculous notion that the standard fantasy setting is only ever used because it makes the book appeal to a larger audience and makes the author more money; which is stupid in one very, very evident way. That being, for most authors, making real money from writing is like trying to get sugar out of cardboard. Those that do it do so because they really, really want to. It was cynical, ignorant, and stupid of me to think otherwise. 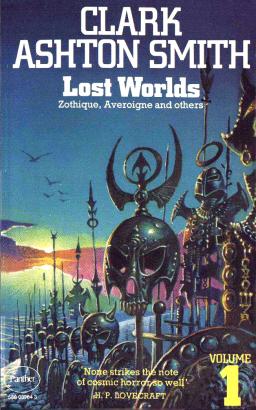 And sometimes I was just straight up wrong; I spoke about A Game of Thrones as though it had no magical elements whatsoever, when it does (Thanks, Sarah Avery); weird magic baby foetus things, ghosts, dragons occasionally, sure that wasn’t the main appeal of the book, but they were there.

In fact, A Game of Thrones is pretty creative, anyway; it might take place in a vaguely European country with lots of knights and lovely British accents, but it’s got heaps and heaps of lore and history and culture, it’s far more than the War of the Roses with ‘a morally ambiguous dwarf.’ And sure, dragons and ice-zombies might not be particularly original, but they’re well implemented, they suit the story and never feel derivative.

There were little flashes of what, quite frankly, should have been in my article, though; when I was analyzing as opposed to critiquing the setting I feel it worked quite well, when I was looking at its appeal, and its strengths rather than raving on about its faults and the evils of communism.

I also really, really do love Clark Ashton Smith; I’d dig up his corpse and cozy up to it if that weren’t some kind of social faux pas. And I do genuinely feel that we could use a tad more psychedelia nowadays.

But frankly, those flashes are drowned out by a lot of hyperbolic crap. In all honesty, I don’t know how you lot got past the first few paragraphs, because I can’t, at least not without trying to commit seppuku in the closet.

So yeah, sorry for going off the deep end, guys and gals; I honestly don’t know where all that came from. Thanks for being so patient with me, though.

As you have found it hard to get enthusiastic about the usual elves/orcs/dwarves cast, I have found it hard to get enthusiastic about books whose plots require the Divine Right of Kings. Of course, it’s hard sometimes to tell whether a book features the DRoK as worldbuilding shorthand so it can get on to other things from a book that features DRoK because there’s something really fresh and creative to do with it, so I probably skip over some books I’d really like. I almost gave up on reading A Game of Thrones several years ago because of the prophecy of the Prince Who Was Promised. I’m so glad I gave Martin a chance to show how many weird and ambiguous things he could do with it.

One of the things that makes Enge so awesome is that he fills his world up with such a wide variety of political systems. He’s got the semi-anarchy of the Wardlands, the federation of freaky theocracies (should all those words be capitalized?) in Kaen, and the twin cities that pair the very pinnacle of bureaucracy on one side of the river with government by duel on the other. Werewolf election season was the piece de resistance. With every Morlock book, I know he’s going to throw at least one wacky new system of government out there, if only in passing.

Anyhow, I’m glad the conversation’s still going on. Thanks for making bold to come back to the subject!

Wolf Age blew my mind too. Enge took what could have been a Moorcock throwaway line and turned it into a fully realised setting.

M harold page
Yeah, jt really did surprise me; I mean, j though it’d be good, but I djdnt think it’d be anymore then your standard action adventureb
; but it was a fully realised world, your right, and it was created with such, such passjon that its impossibke not to fall in love with it completley (sorry about typods, by the way; I always comment wiht a touchscreen for some reason, and edjting comments with them is nothing if not a pain)

Sarah avery
Yeah, for some reason I didn’t mention the divine right of kings, but I share your views; it really has a way of , iling a narrative for me, simoly because its so over used.
And I still need to read some more of the morlock stories, and I will do, but even in the wolfage there was plenty of weird to goaround; like the weird little were rats that controlled avatars around the city.
But, really, I had to write this post, it would have driven me slightly mad if I didn’t

[…] the standard way, which means the popular image of the European middle ages. Connor Gormley wrote some interesting thoughts on why this isn’t necessarily a bad thing at Black Gate a while ago. But the Ancient Lands is […]