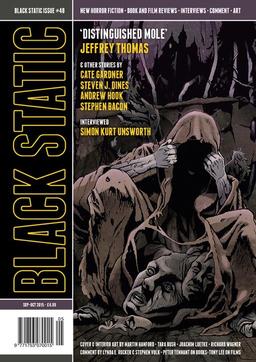 I’m still having trouble finding a reliable newsstand source for Black Static in the Western suburbs of Chicago. It takes a little effort to find a copy — but it’s definitely worth it.

“Distinguished Mole: A Tale From Somewhere” by Jeffrey Thomas
“Bandersnatch” by Stephen Bacon
“The Suffering” by Steven J. Dines
“Blood For Your Mother” by Andrew Hook
“When the Moon Man Knocks” by Cate Gardner

The magazine’s regular columns include Coffinmaker’s Blues by Stephen Volk and Notes From the Borderland by Lynda E. Rucker, plus two review columns: Blood Spectrum by Tony Lee (DVD/Blu-ray reviews); and Case Notes by Peter Tennant (book reviews). Their review columns are a model for anyone who wants to see how to do attractive magazine layout, with plenty of book covers, movie stills, and behind-the-scenes pics.

Issue 48 is nearly 100 pages and comes packed with new dark fantasy and horror, and top-notch art. Black Static is the sister magazine of Interzone (see the latest issue here); both are published by TTA Press in the UK. The distinguished Andy Cox is the editor of both.

The cover art, “Splinterwing,” is by 2015 cover artist Martin Hanford

As usual, the magazine is filled with eye-catching b&w art. Black Static is consistently one of the sharpest looking magazines on the racks. Here’s the opening spread for “Bandersnatch” by Stephen Bacon. 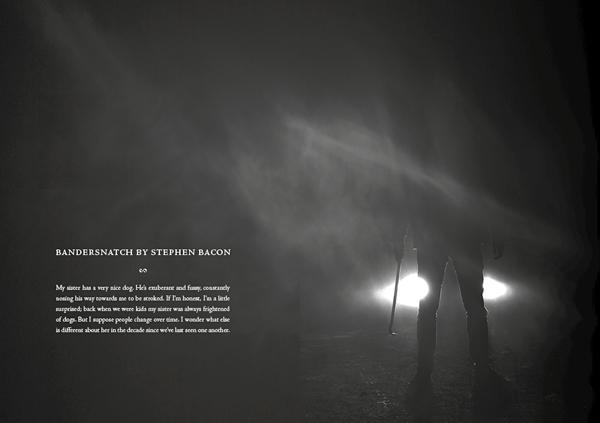 And “Blood For Your Mother” by Andrew Hook 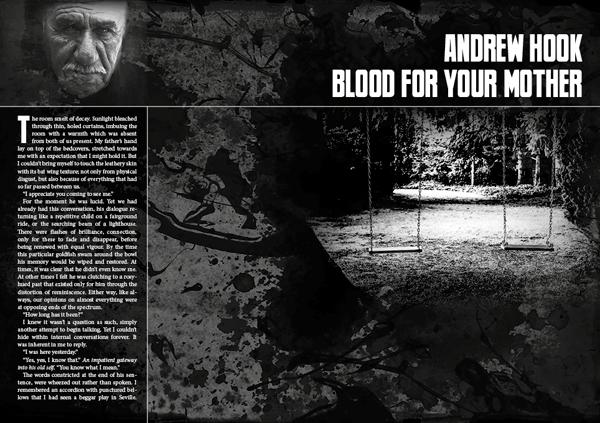 Cate Gardner’s “When the Moon Man Knocks” is illustrated by Richard Wagner. 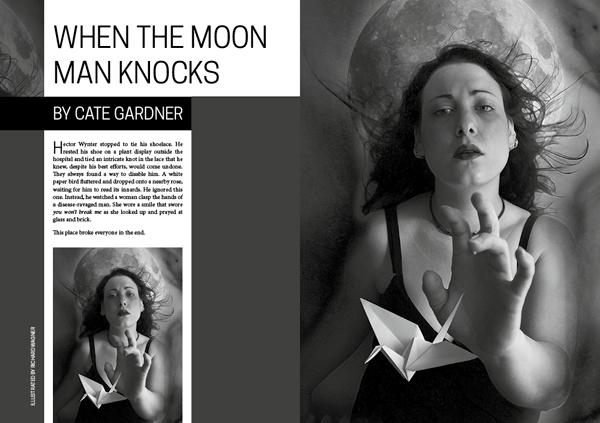 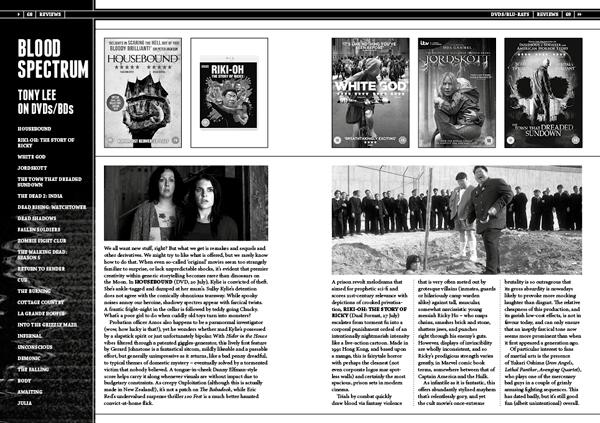 See more details and excerpts from issue 48 at the TTA website.

What you need is a friendly neighborhood Darrell Schweitzer. At least at the East Coast convention dealers’ rooms, he always has the three main UK magazines.

A shout out for a contributor in the latest issue. Stephen Bacon has been quite helpful in terms of encouraging me with my own short horror fiction. If only he could give me the key to getting a story into Black Static!

A good bloke, a great writer and you can get his first collection here: http://www.amazon.com/Peel-Back-Sky-Stephen-Bacon/dp/1906331294