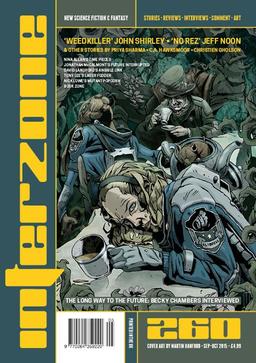 The September-October issue of Britain’s longest running science fiction and fantasy magazine is now on sale. The cover, by Martin Hanford, is titled “All Change.” (Click the image at right for a bigger version.)

An experimental piece in terms of typography and page layout, with several sections that resemble lines of verse… I don’t see much of this sort of thing these days, but I’m not surprised to find it coming from IZ, a zine that doesn’t stand still. This is a cyber future with the motto: “You are what you see.” Or, As you see the world, so you think about the world. But the only way everyone can see the world is pixelated, through implants, and in higher or lower resolution, with or without more vision-pops and ads, depending on how they can pay. Because Aiden is limited, when not on work-time, to low-rez, sometimes even when he closes his eyes, the dark starts breaking up. He has to wonder what he really looks like in the unmediated world, the zero-rez world, whether a girl might find him attractive. Then one day he happens on a mysterious black box that he isn’t supposed to have.

This sort of virtual world isn’t so new, but I’ve rarely seen it expressed with such insight and verve. There are genuinely poetic moments here, not simply apparent versification. This text would have been just about as effective if laid out on the page in a more conventional manner. – RECOMMENDED

“Weedkiller” by John Shirley
“Blonde” by Priya Sharma
“No Rez” by Jeff Noon
“Murder on the Laplacian Express” by C.A. Hawksmoor
“The Spin of Stars” by Christien Gholson

Non-fiction this issue includes “Where O Where Has My Hugo Gone?” by Ian Sales, on the 2015 Hugo boondoggle; Jonathan McCalmont’s Future Interrupted column, “How To Lose Friends and Objectify People;” Nina Allan’s Time Pieces, “The SF of U and Me;” plus David Langford’s Ansible Link, and the regular columns: book reviews, Nick Lowe’s Mutant Popcorn film reviews, and Tony Lee’s DVD column, Laser Fodder. Issue 260 is nearly 100 pages and packed with fiction, columns, and top-notch art. 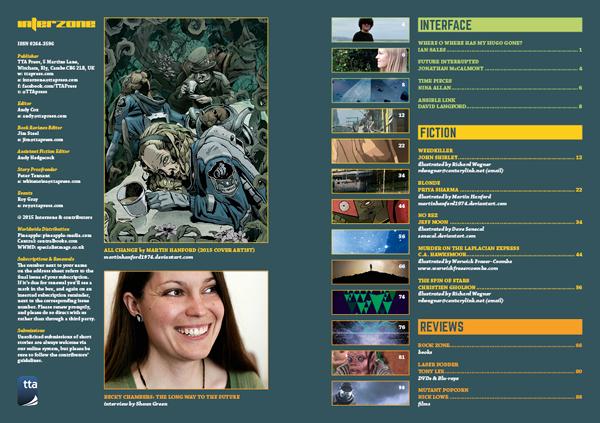 Here’s the opening spread for “Weedkiller” by John Shirley (illustrated by Richard Wagner). 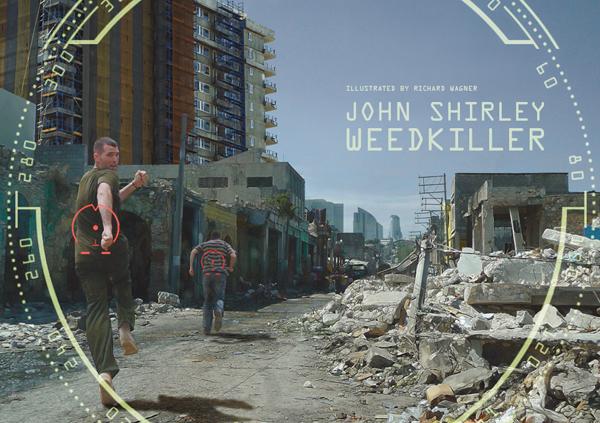 And “No Rez” by Jeff Noon (illustrated by Dave Senecal). 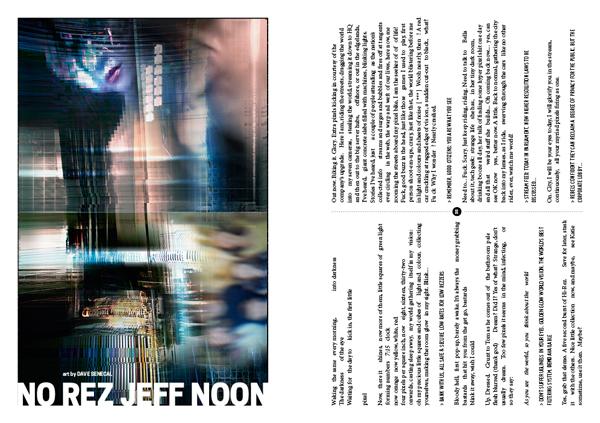 And “Murder on the Laplacian Express” by C.A. Hawksmoor (illustrated by Warwick Fraser-Coombe). 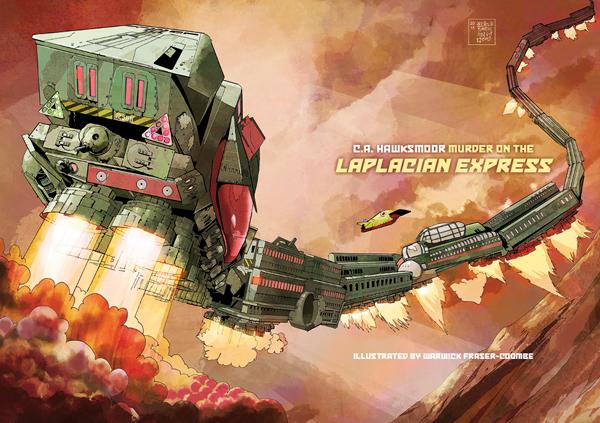 And “The Spin of Stars” by Christien Gholson (illustrated by Richard Wagner). 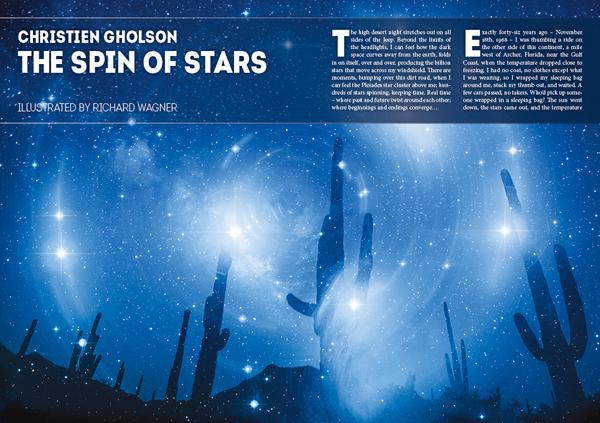 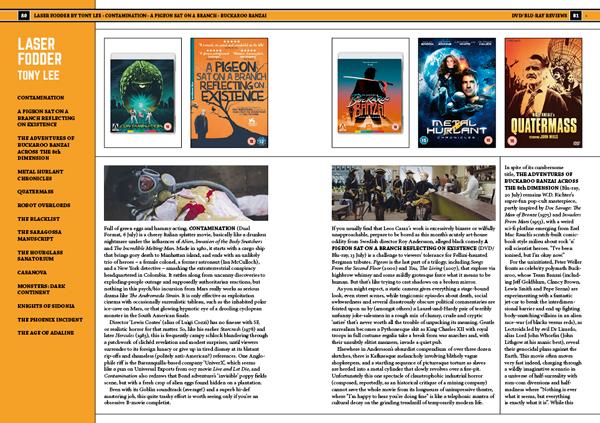 See more details and excerpts from issue 260 at the TTA website.

Interzone is edited by Andy Cox, and published by TTA Press. Issue #260 is cover-dated September-October. It is 96 pages, priced at £4.99. The cover is by Martin Hanford. Copies are usually around $9.99 here in the US. A six-issue subscription is £27 (UK) and £33 in the US. Order right from the TTA Press website.

We last covered Interzone with Issue 259.

I just noticed Priya Sharma’s name on the cover. She is an excellent up and coming horror writer. I wonder if her story here is more sci-fi or fantasy.

Good question. I don’t have a copy of the issue yet, and Tangent Online hasn’t reviewed it yet. But according to Lois Tilton at Locus Online, it sounds like a contemporary fantasy:

“Updating the Rapunzel story in a world where naturally blonde hair is almost extinct, and accordingly valuable. Now, Rapunzel works in a bar, but once she was locked in an old mansion by a woman named Matilda, who stole her at birth, shut her away from the world, and sold her hair, which grew back overnight, to a wigmaker…

The piece has all the essential elements of the fairy tale, yet the setting is almost entirely nonfantastic, except for the rapid regrowth of Rapunzel’s hair. The world isn’t contemporary but some alternate timeline in which the society has been devastated by war and is now struggling to achieve a return to normalcy. It might almost be considered science fiction. There’s the possibility for a slight confusion as the narrative flips back and forth from present to past, always in the present tense.”

She is an excellent writer. I think she’s someone to really keep an eye on.