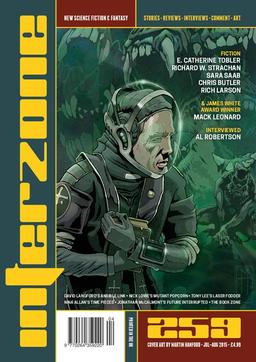 The July – August issue of Britain’s longest running science fiction and fantasy magazine is now on sale. The cover, by Martin Hanford, is titled “Green Tea.” (Click the image at right for a bigger version.)

This issue has an intriguing installment in an ongoing series by Chris Butler. Here’s Lois Tilton at Locus Online on “The Deep of Winter”:

A prequel to this author’s series in which people emit spores that signal their emotions to others. Because some persons’ spores are more powerful, a coercive aristocracy has been built on them. Here, our protagonist is Sebastián, trusted servant of the Winter Duke, a member of his Guard. People have been reported missing, and the Duke has ordered the Guard to search the buried old city, where trespass has long been forbidden. Sebastián’s narrative alternates with that of Aluna, a mad scientist from an alternate world, ambitious to experiment with other realities, regardless of the consequences to the inhabitants of those worlds. When they meet in the buried city, questions are answered at last.

“Silencer – Head Like a Hole Remix” by E. Catherine Tobler
“The Deep of Winter” by Chris Butler
“Rush Down, Roar Gently” by Sara Saab
“After His Kind” by Richard W. Strachan
“Edited” by Rich Larson
“Midnight Funk Association” by Mack Leonard 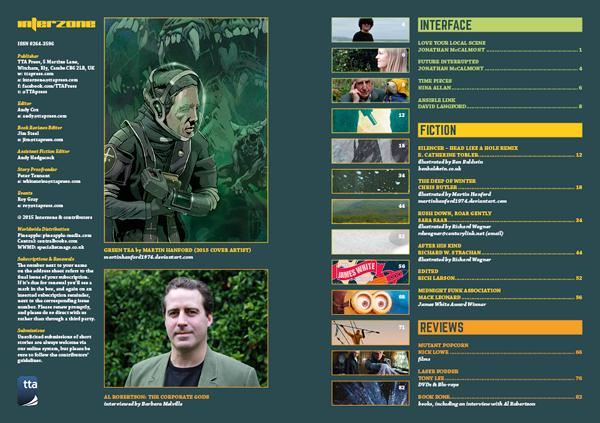 Here’s the opening spread for “The Deep of Winter” by Chris Butler (illustrated by Martin Hanford). 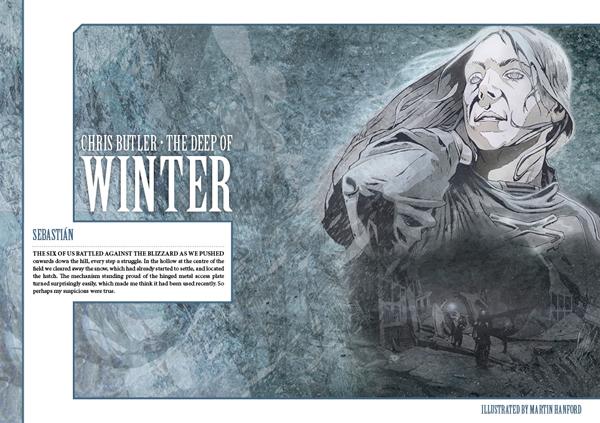 And “Rush Down, Roar Gently” by Sara Saab (illustrated by Richard Wagner). 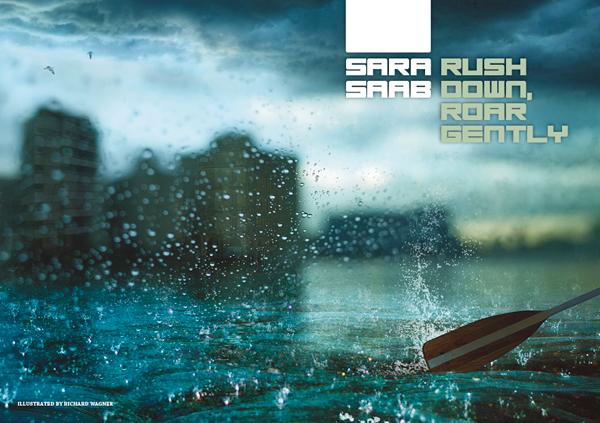 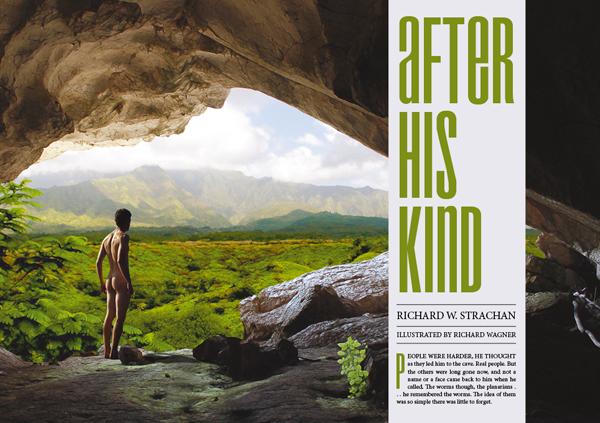 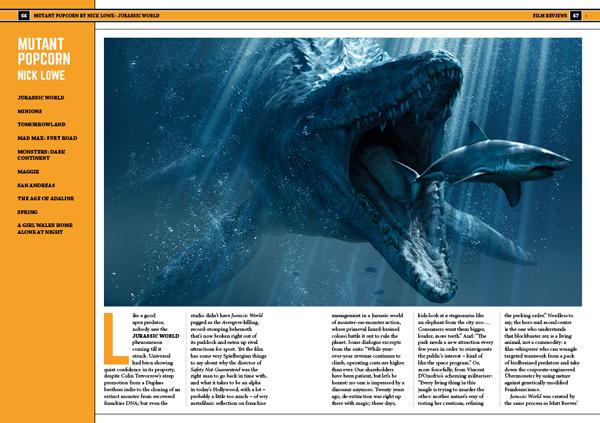 See more details and excerpts from issue 259 at the TTA website.

We last covered Interzone with Issue 258.