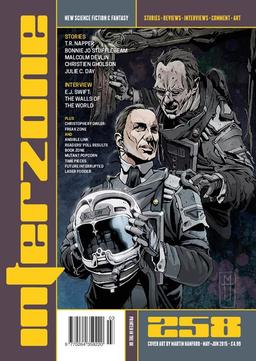 The May–June issue of Britain’s longest running science fiction and fantasy magazine is now on sale.

The cover, by Martin Hanford, is titled “Dorian Gray,” and is a fine (and terrifically creepy) re-interpretation of the 1891 novel by Oscar Wildle… with space suits. I like it. Click the image at right for a bigger version.

“a shout is a prayer / for the waiting centuries” by T.R. Napper
“The Re’em Song” by Julie C. Day
“Doors” by Bonnie Jo Stufflebeam
“Angel Fire” by Christien Gholson
“Her First Harvest” by Malcolm Devlin

My former agent once told me, “I accept any kind of fiction except science fiction.” When I asked her why, she explained, “I just don’t think I could do it justice,” which was a polite way of saying that she didn’t understand it. But to me, not understanding everything was the point and purpose of reading. 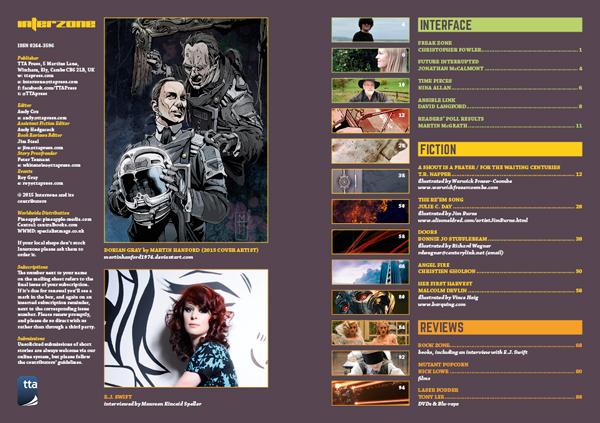 Here’s the opening spread for “a shout is a prayer / for the waiting centuries” by T.R. Napper (illustrated by Warwick Fraser-Coombe). 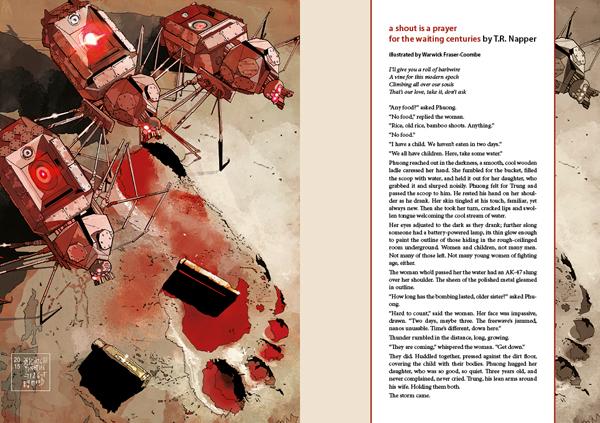 And “The Re’em Song” by Julie C. Day (illustrated by Jim Burns). 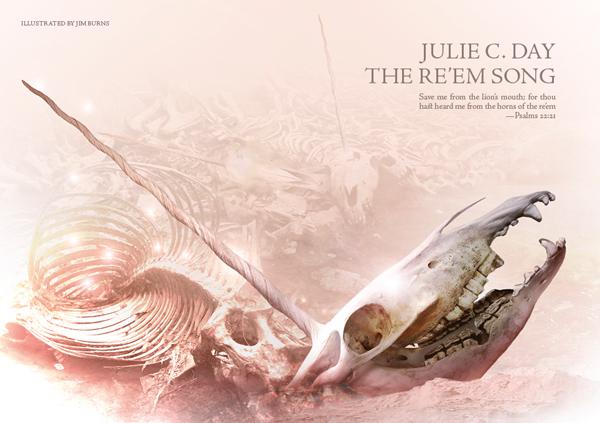 And “Her First Harvest” by Malcolm Devlin (illustrated by Vince Haig). 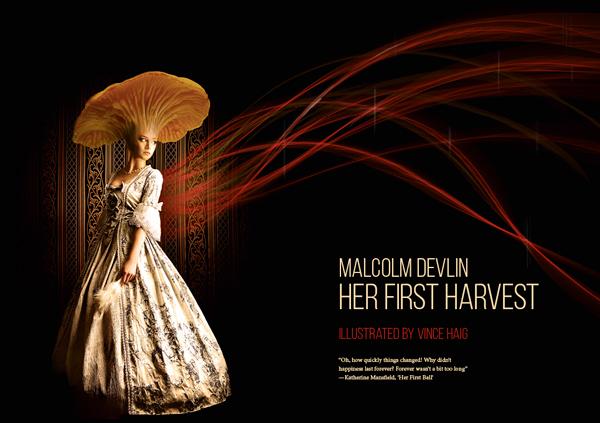 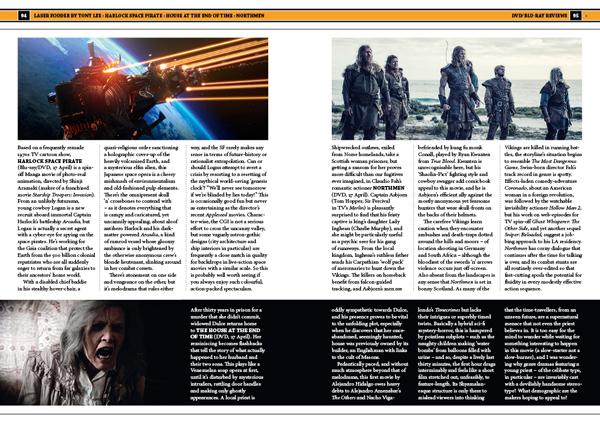 See more details and excerpts from issue 258 at the TTA website.

We last covered Interzone with Issue 257.