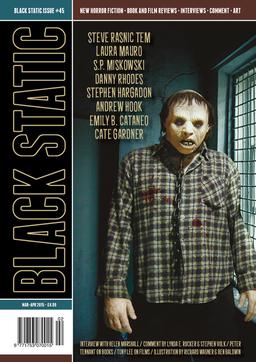 I didn’t see the latest issue of Black Static during my weekly trip to the bookstore yesterday, but it usually arrives in the US a couple of weeks after it goes on sale in the UK, so it should be on sale shortly. Issue #45 is cover-dated March/April; and contains no less than eight stories:

“The Second Floor” by S.P. Miskowski
“The Grey Men” by Laura Mauro
“The Visitors” by Stephen Hargadon
“The Fishing Hut” by Steve Rasnic Tem
“Hungry Ghosts” by Emily B. Cataneo
“The Frequency of Existence” by Andrew Hook
“The Drop of Light and the Rise of Dark” by Cate Gardner
“The Cleansing” by Danny Rhodes

Here’s the opening paragraph to Laura Mauro’s “The Grey Men.”

The grey men emerged from the fog on a November afternoon. Three days of thick, pale mist preceded their arrival; three days in which it appeared that the sky had collapsed beneath its own weight, choking the streets with cloud. The world itself was overcast. The fog held firm from Hertfordshire all the way into London, and for the two long, empty hours of his daily commute Adam would stare out of the train window, trying to pinpoint the exact margin where the dew-wet sidings disappeared irretrievably into the white.

The magazine’s regular columns include Coffinmaker’s Blues by Stephen Volk and Notes From the Borderland by Lynda E. Rucker (comment); Blood Spectrum by Tony Lee (DVD/Blu-ray reviews); and Case Notes by Peter Tennant (book reviews). Issue 45 is nearly 100 pages and comes packed with new dark fantasy and horror, and top-notch art. The front and back cover art is by Richard Wagner.

I’m a big fan of the black-and-white interior art for Black Static — I think it’s one of the sharpest looking magazines on the racks. Here’s the opening spread for S.P. Miskowski’s “The Second Floor” (illustrated by Richard Wagner) 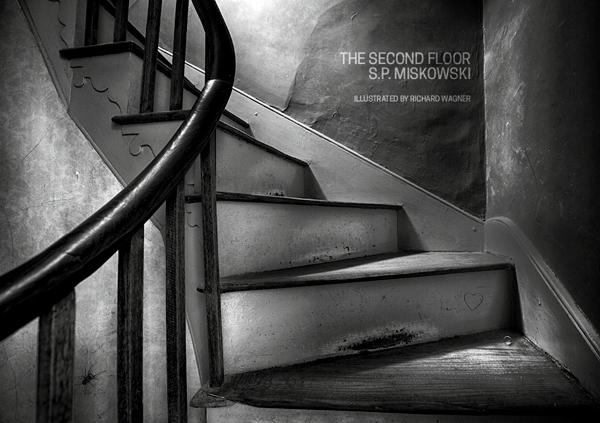 And Laura Mauro’s “The Grey Men” (illustration by Ben Baldwin). 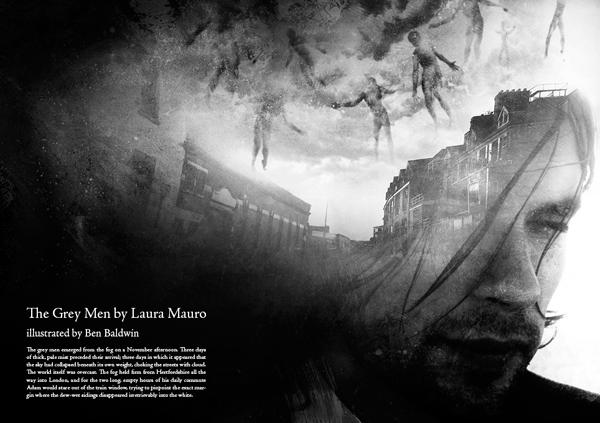 Emily B. Cataneo’s “Hungry Ghosts” is illustrated by Richard Wagner. 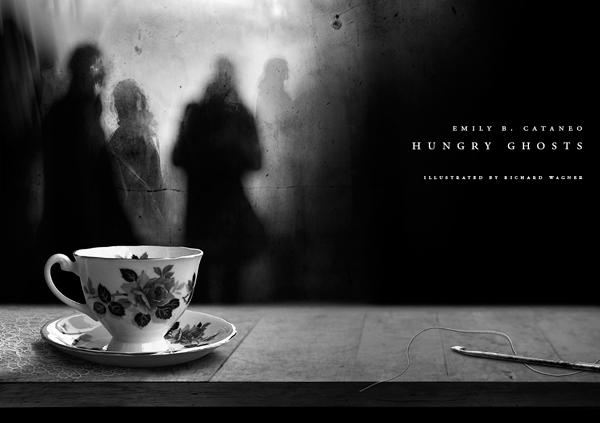 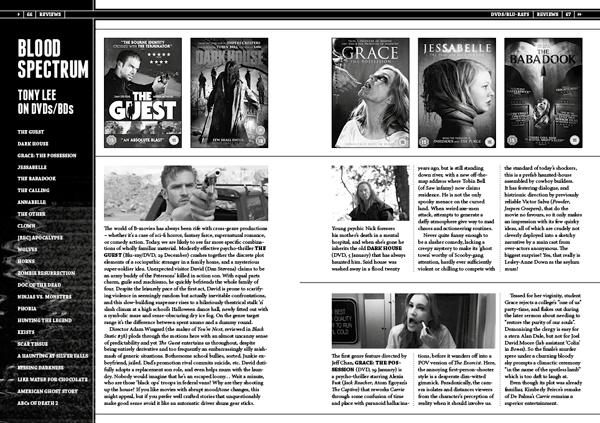 See more details and excerpts from issue 45 at the TTA website.

See all of our recent coverage of magazines here. We last covered Black Static with issue #44.

[…] is the sister magazine of Black Static, both are published by TTA Press in the UK. The distinguished Andy Cox is the editor of […]