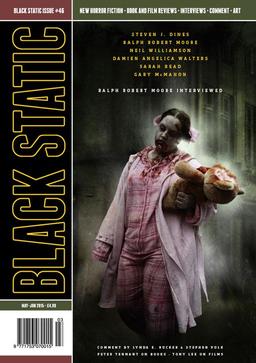 The Barnes & Noble near my house doesn’t carry Black Static magazine. The one near my old job did, but I don’t work there any more. I’m going to have to find another source for it here in Chicago. It may mean driving a few miles, but it’s definitely worth it.

“So Many Heartbeats, So Many Words” by Steven J. Dines
“The Secret Language of Stamps” by Neil Williamson
“Falling Under, Through the Dark” by Damien Angelica Walters
“My Boy Builds Coffins” by Gary McMahon
“Magnifying Glass” by Sarah Read
“Men Wearing Makeup” by Ralph Robert Moore

The magazine’s regular columns include Coffinmaker’s Blues by Stephen Volk and Notes From the Borderland by Lynda E. Rucker (comment). Rucker’s column this month is titled “Reviews, What Are They Good For?”, and the website offers this snippet.

I’m not sure whether the word “reviews” or “awards” in a room of horror writers is more likely to send half of them running for the exit and the other half baying for blood, but the topic of reviews and criticism in the horror genre is almost certain to ignite passions among writers and readers alike. The problem is that it’s a crazy hydra head of a beast that comprises many elements including writer egos, fans, online culture, loyalty, friendship, commerce and more.

As usual, the magazine is filled with eye-catching b&w art. Black Static is consistently one of the sharpest looking magazines on the racks. Here’s the opening spread for Steven J. Dines’s “So Many Heartbeats, So Many Words ” (illustrated by Vincent Sammy) 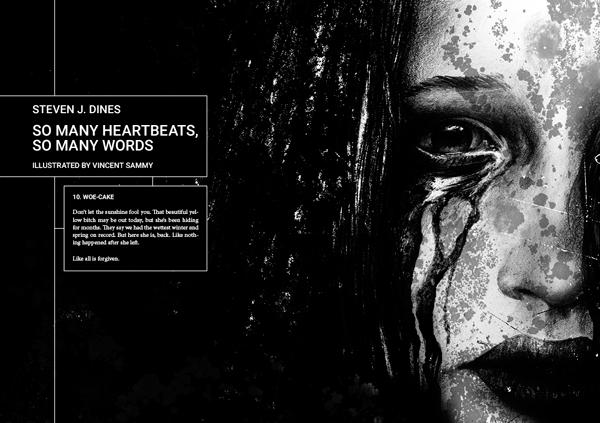 And Neil Williamson’s “The Secret Language of Stamps” (illustration by Richard Wagner). 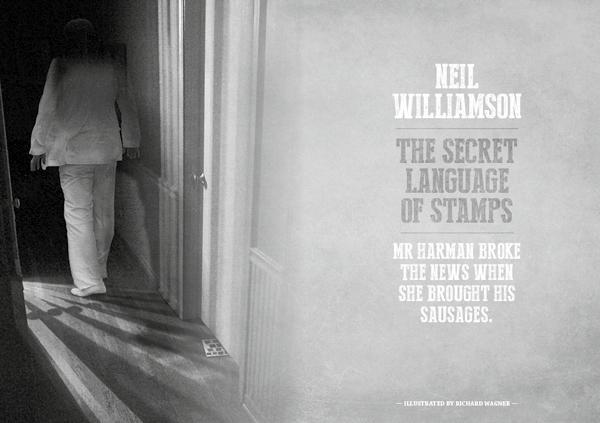 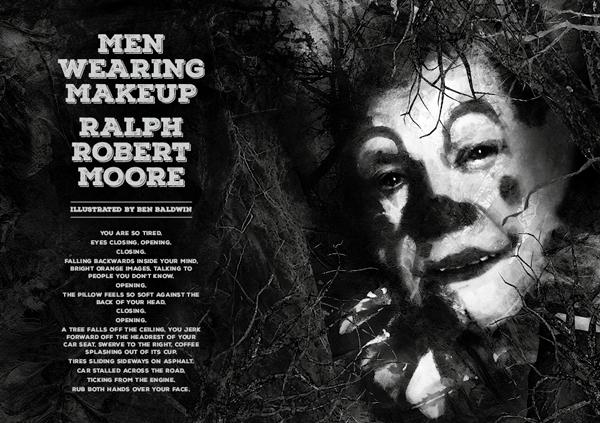 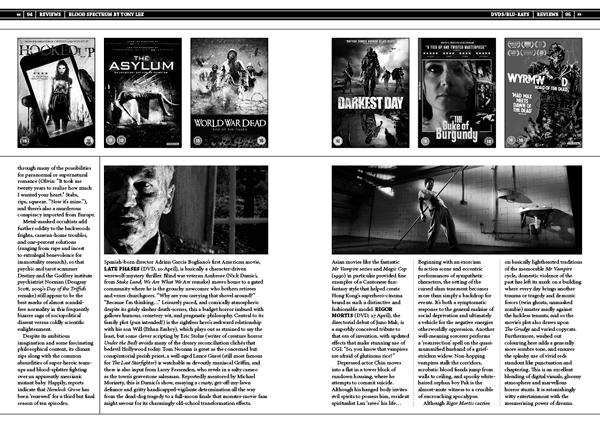 See more details and excerpts from issue 46 at the TTA website.

Our mid-June Fantasy Magazine Rack is here. See all of our recent magazine coverage here.