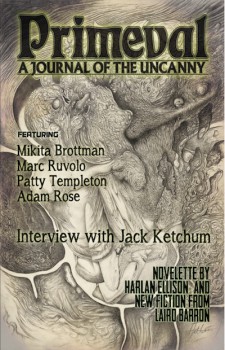 G. Winston Hyatt is a busy man. He agreed to talk to Black Gate only if we could come to one of his many work places. We nodded vigorously at the black carrier pigeon that had brought the message and asked it when and where. It returned ten minutes thereafter with directions from the good man Hyatt, saying to meet him outside of a certain window outside of a certain brownstone on a lonely street at 12:12 in the a.m. We were to have a lantern – candle or gas, it did not matter – just not a flashlight. Any fool with a smart phone could accidentally mimic a flashlight signal, and yes, dear readers, we had to learn a long high sign that included a mighty number of flourishes, turns and flashes. As all Black Gate staff members are well versed in flourishing, turning, and flashing windows at night, this was not a problem.

When G. Winston Hyatt was satisfied that we were who we were, a rope ladder was dropped from the ledge of the thick-curtained window and Black Gate was afforded entry into a certain museum. This museum is unknown to the general public, as it contains nefarious, occult objects with high opinions of themselves that would not do well being constantly selfied in front of by tweens and stickied up by jam-fingered toddlers.

It was amongst this collection of the unnatural and fantastic that G. Winston Hyatt led Black Gate to two chairs, a small table, and two coffee mugs to talk about his latest project, Primeval: A Journal of the Uncanny.

Primeval being a semiannual journal of the eerie and exceptional, searching to examine “…the convergence of contemporary anxiety and ancient impulse. Each issue feature[ing] fiction and essays exploring horror, the macabre, and that which should not be – yet is.” Issue #1 features work by Harlan Ellison and Laird Baron, plus an interview with Jack Ketchum.*

That’s right, comrades, we have found for you a new horror publication in both print and digital formats.

Black Gate thunked its tape recorder on the table, sipped what we thought was coffee (but later found out was bone tea) and asked Mr. G. Winston Hyatt to tell us more about Primeval.

G. Winston Hyatt: Primeval is available both in print and for e-readers. Why print? First of all, I don’t like to assume that everyone has (or wants) an e-reader or tablet. Additionally, POD makes publishing a print edition pretty easy and quick without the brutal overhead of doing a print run that might sell out – or might end up sitting in your attic.

What do you think is lost when longform reading moves into a digital space?

The digital space is often impinged upon by the Internet, a network with millions of voices all competing for attention, and often conveyed by light-emitting screens – I believe our brains process this differently than they do printed media. Even with unconnected e-readers, you can have thousands of works in a single device. Another whole book is only a finger-flick away. Reading no longer demands commitment or isolation. The experience is less cohesive, more chaotic, with a sundered point-of-view. Maybe that’s part of the attraction for some people. I’m not one of them. That being said, a good story works in any medium. I missed my train stop because I was pulled into a book on my Kindle yesterday. 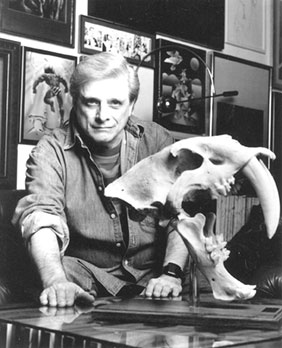 What were you reading when you missed your train stop?

I was reading A Dance with Dragons. It’s such a good time! I’d almost forgotten how much I loved being in that world.

Is Primeval open to submissions?

Primeval is not open to fiction submissions; they are by solicitation only. We are looking for essays and narrative nonfiction on literature, film, music, strange places, and occult texts. Issue #1 provides a good cross section, though it doesn’t have a film piece.

Who is the cover artist for Issue #1 and how did you find them?

The cover artist is Nathaniel Ketcham. I’ve never met him – I was referred to him by a friend and liked what I saw. You can check out Ketcham’s work here.

Harlan Ellison has a reputation for being difficult. People act as if he’s a terrifying ogre who is likely to call you a foul name, punch you in the throat, and then sue you. I wish I could add to the legend, but both he and Susan were polite and professional. I wrote a letter asking if I could buy reprint rights for his novelette. I was treated like a reasonable person making a reasonable request. He told me he would be glad to have it back out there.  There was no “Who the eff are you?” or “What the hell can you do for me?” It was more egalitarian behavior than I’ve witnessed in many other, lesser writers. Mr. Ellison isn’t unreasonable. He demands that he, and all writers, be properly compensated for their work. He also wishes everyone would stop acting like such a savage jackass. It’s no wonder he’s angry, wanting those things. I admire him for staying pissed off about it – most of us have given up the fight.

Why this certain Ellison novelette?

I included “Basilisk” because it’s still so visceral, urgent, and important. It’s about American exceptionalism. It’s about the nonsense myth and the brutal reality of war. It’s about the human suffering we export to live as we do, about how that darkness always returns to us. It’s also not widely anthologized. More than any of that, it’s an incredible read. Nobody else writes like Harlan Ellison. Nobody.

Blood Bound Books is an absolutely brilliant independent press and I’d say that even if I didn’t work for them. This whole DIY punk-indie-and-whatnot aesthetic is thrown around all the time. If you want to see a place that built itself from nothing to be a real player, look at Blood Bound. Folks doing it only because they love what they do. They’re best known for their yearly Night Terrors anthology, the last of which recently received 5 honorable mentions in Ellen Datlow’s Best Horror of the Year. I’m one of the people who acquire and edit horror novels for them. They fund Primeval and handle the layout and production aspects. 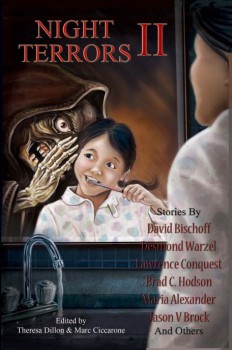 Can you tell us a little more about Primeval‘s philosophy to feature “…fiction and essays exploring horror, the macabre, and that which should not be – yet is.”

The main reason we refer to “horror” and “the macabre” in our listings is that “the uncanny” is a difficult concept to approach in what is essentially catalog copy. Also, I’d really rather have the journal’s fiction and essays inform reader response, as opposed to our mission or manifesto. We deal with the strange made familiar and the familiar made strange. Much of it has to do with the terrors of the past impinging on the present – work that assails civilization though the use of its own language. It’s a discordant and challenging endeavor to tell a comprehensible, engaging story founded on negative revelations and the failure of human progress. It can be done. The journal has some fine examples of this. But, more than anything, I want to give people good stories. There’s nothing wrong with just liking a “good story.”

When you say “There’s nothing wrong with just a ‘good story,'” you sound a bit combative? Where does that spring from?

I don’t mean to sound combative. It’s only because I don’t want anyone to feel belittled or unwelcome because of the way they choose to interact with writing when they pick up Primeval. There’s this idea that horror or weird fiction needs to “do more,” that it needs to be re-invented through self-awareness or be rooted in a philosophical inquiry or societal examination. This is the thing: our sort of writing has always done that. That’s how it works. There’s nothing new about that approach. It’s just a matter of how ostentatious one chooses to be about those aspects in form or content. In an interview with Jack Ketchum in Primeval #1, he says that all horror is subversive. I would qualify that by saying all successful horror is subversive. A lot of what is called “horror” is about re-enforcing social norms – but that’s not the kind of horror that leaves us feeling unsettled or challenged. Not the kind that stays with us.

What holes do you see in the current landscape of horror writing? Is Primeval going to try and fill those holes?

There’s much more going on in horror and weird fiction than most people realize. The landscape is vast, and just about every approach you can think of has its practitioners. I think contemporary horror went through an evolution comparable to that of heavy metal music, in a way. A few break-out stars fueled a commercial boom, then the market was flooded with derivative knock-offs of those artists, and that killed off the popular following. A commercial form persisted, but it was a product that had little in common with the movement’s original aesthetic. The ones who remained connected to that original impulse were either hard-core fans, serious revivalists, or artists who wanted to see what new mutations they could create of the established forms they loved. Primeval is here to showcase the diverse, creative, fascinating work emerging as artistic traditions evolve. It does this while simultaneously paying tribute to the strange ancestry that has shaped the present. When people declare an art form dead, that’s freeing, and often when it starts to get interesting again. It becomes something to dig up, to rediscover, to reinterpret – and then you realize that it never really died at all.

There you have it, a raised right journal to savor and submit nonfiction to. To begin your descent into the strange, holler at the moon until it throws you down a copy of Primeval Issue #1…or, if you have not yet mastered the language of the night, buy your print copy here or your e-book here. Then buy a few copies for friends for Halloween. Have you not heard of All Hallow’s Read? It’s where you give people CANDY and SCARY BOOKS for Halloween. Let’s make this new tradition happen.

*In fact, if you search Primeval’s table of contents, you will note that Black Gate’s own – me, the Dread Templeton, is sandwiched in there with an article about Sarah Winchester and her mystery house.