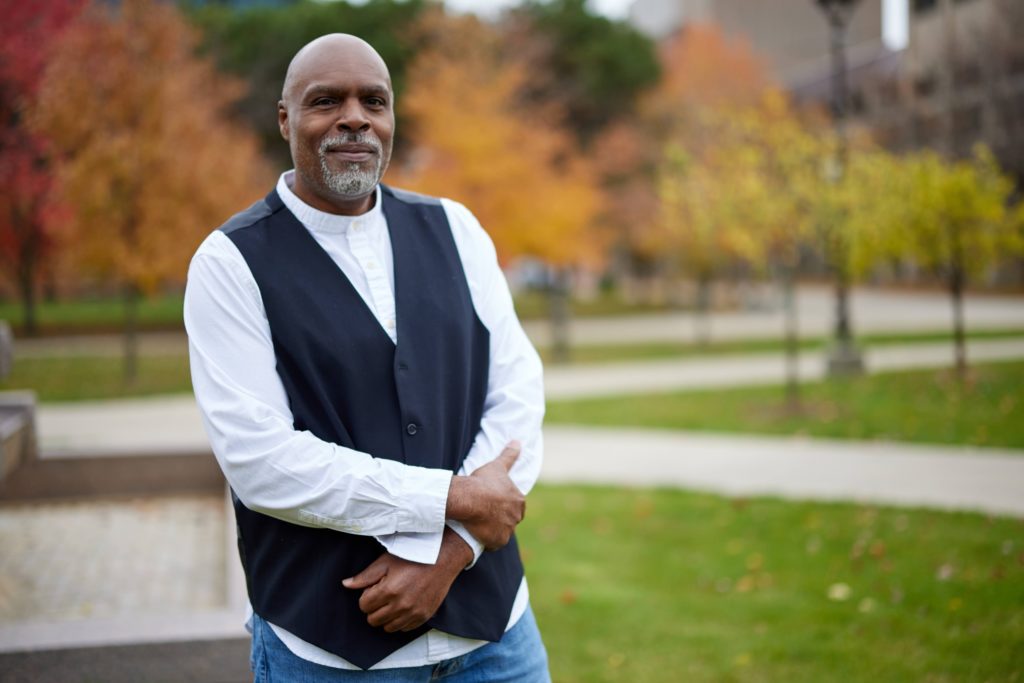 Zig Zag Claybourne is infectiously joyous on the page and in real life. He’s a comfort to read but not everything he writes is comforting. There’s no seeing the light without being in the dark, but you can trust Claybourne to make you laugh while you’re there. He’s a chill-seeking truth-slinger who’ll shove you into action-packed absurdity then somehow make you feel…cozy.

Afro Puffs are the Antennae of the Universe is the sort of sci-fi that could get Prince’s sexyass ghost to slink outta the celestial void to host a book club. It’s the second, standalone installment in the Brothers Jetstream series. All Captain Desiree Quicho wants is a day off. Maybe a barbeque. But somebody’s got to save the universe. Again. This time from an immoral billionaire and a mega-corporation, each wanting power but neither wanting the responsibilities that come with it.

PATTY TEMPLETON:  What kind of feelings do you want to invoke in your readers with Afro Puffs are the Antenna of the Universe?

ZIG ZAG CLAYBOURNE:  Joy, rage, defiance, more joy, and fun. This book is definitely one that comes out of the gate with both middle fingers raised up high. I like that about it.

Who’s it flipping the bird at?

To the fan bois out there who are constantly being asses to everybody else. To the economic systems that treat people like they’re paper assets. This is a book for people saying enough is enough. We’re done with all that.

END_OF_DOCUMENT_TOKEN_TO_BE_REPLACED

Claybourne doesn’t deserve this crap. No one does. So why not help a fantastic writer out?

How can you help?

You can buy one of his books. My favorite is The Brothers Jetstream: Leviathan. If you’re a fan of Buckaroo Banzai or The Hitchhiker’s Guide, you should read it. Now is the perfect time to buy it — or any of his fine books. (CLICK TO BUY!)

END_OF_DOCUMENT_TOKEN_TO_BE_REPLACED

To please the Orange Overlord it is requested that you stock yer wardrobe in her minions.

Worried that you don’t have enough Halloweenery to gladden the Frightening Foreman? Panic not, inhabitants of the Hocus Pocus. Here be a starter list of gourd garb to grab goodwill. 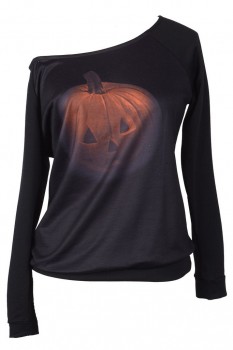 Get your shoulder shimmy on, here.

END_OF_DOCUMENT_TOKEN_TO_BE_REPLACED 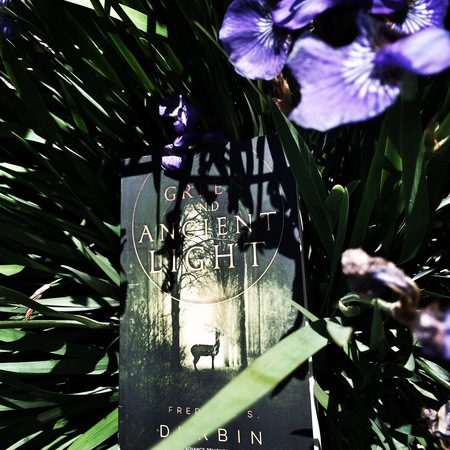 To my left, dwarf iris. To my right, lilacs. All around me, sunlight. Because truly, the only appropriate location to write a review of Frederic S. Durbin’s latest novel, A Green and Ancient Light, is in a garden with a blue sky above and a wisteria-tinged wind teasing by.

OK, OK. A sacred wood would also be suitable… but they are harder to find in Iowa. What’s not hard to find in Iowa? Cornfields. Which is where I procured my copy of A Green and Ancient Light, after it was shot there by a trebuchet. The book smelled of clouds after I ripped the package open. If you doubt me, I have a notice typed by Durbin himself on a 1935 L.C. Smith 8 to prove it.

Do I squeal now or later? How about always. I LOVE THIS BOOK. It left me breathless. I didn’t want to move after I finished it. Moving meant breaking a beautiful moment. Moving meant stepping out of the sublime. Moving meant letting go of a village that I wanted to live in. A Green and Ancient Light is SO GOOD.

END_OF_DOCUMENT_TOKEN_TO_BE_REPLACED 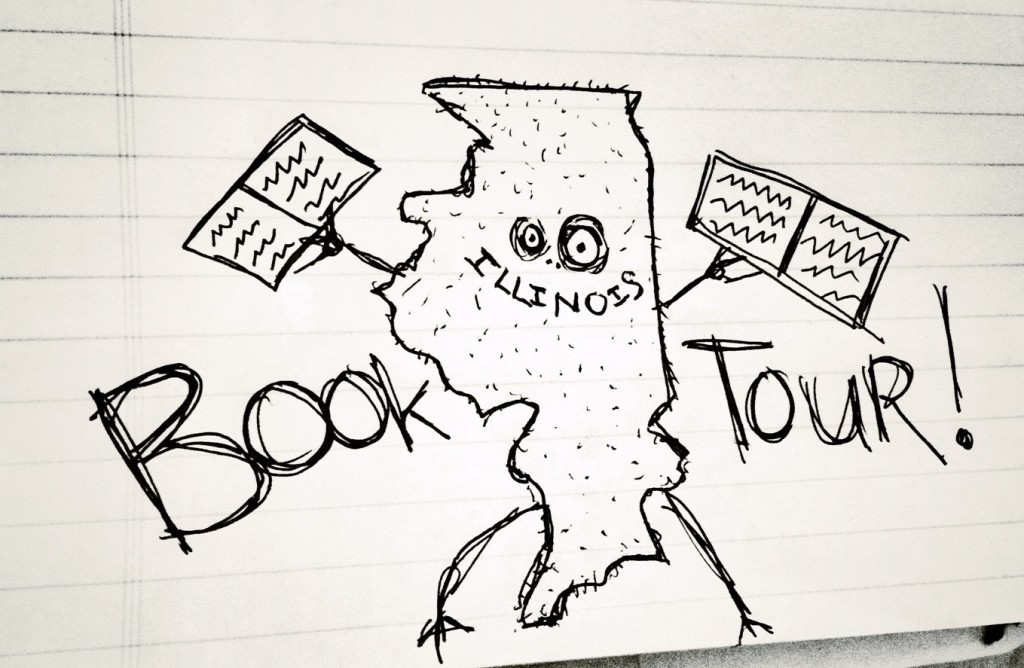 My adventure begins sixteen tons of sundowns ago… maybe say, November-ish, when the Clarendon Hills Public Library in Illinois asked me to be a featured reader at their No-Shush Salon. They wanted an author for early 2015. My first response (which I thankfully didn’t send) was no. Grateful that they thought of me, but no way. Who can afford to travel 5 hours one-way for one reading?

And then, THEN! In a cosmic crapshoot of hell yeah, another Chicago reading series, Tuesday Funk, contacted me. They wanted me for a reading several days after No-Shush.

When the universe shimmies at you, you wink back. I said yes to both.

END_OF_DOCUMENT_TOKEN_TO_BE_REPLACED 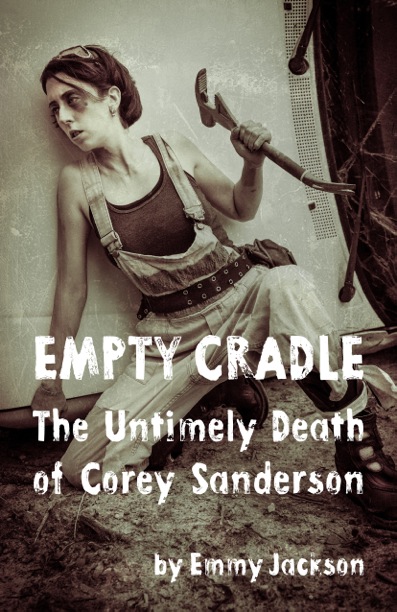 OH MY GAWD. I loved The Untimely Death of Corey Sanderson. Seriously. It’s a dusty, road-dog, land-pirate adventure ride reminiscent of Mad Max. Comparing it to the Mad Max franchise may be unfair because The Untimely Death of Corey Sanderson has SO MUCH MORE. There are shapeshifters! And I actually got to see a plethora of women in the world – evil women, good women, women on the road, women in town, women who have guns, women who have families. It sounds silly to crow about women – but a lot of books only have like…eh, maybe two women characters and one is usually a girlfriend. The Untimely Death of Corey Sanderson is a fast-paced, post-apocalyptic road trip full of compelling characters of all ages, genders, and species. And, holy crap, the WORLDBUILDING! There are class issues. There are townies vs. road folk politics. There are gender and conception talks to be had. I want to see more of this world. I want to talk about this world with other people. I am so glad this is a SERIES.

Oh? You want to know more? What’s it about, you ask? I’ll tell you!

Ivy Anarim is scav. She drives the country delivering packages from one town to the next, scavenging for anything she can sell or trade along the way. She’s gotten used to being alone, though she’s searching for her twin sister, Holly. What Ivy doesn’t need is a bastard gleaner beating the crap out of her, trying to steal her rig.

Corey Sanderson wants to get the hell outta Hanson’s Home. He’s a kid who’s sick of living in the sticks. He wants to see the world and Ivy and her truck are the only ticket outta town.

Do Ivy and Corey make it out of Hanson’s Home? Where would they go if they did? Can a town kid like Corey Sanderson make it on the open road? Will Ivy ever find her twin? What the hell kinda weirdos are they gonna meet on their journey?

END_OF_DOCUMENT_TOKEN_TO_BE_REPLACED 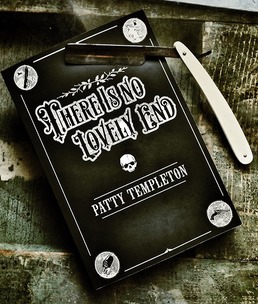 In Part One of this series, we looked at Firming Out Your Expectations, Picking Your Publisher, and how to do a Reality Check on Your Book Format.

In Part Two, we unraveled the mysteries of Finding or Commissioning Art, Merchandise, and Hiring a Proofreader.

Still with me? Then take a deep breath, ’cause we’re going to take your book in for a three-point landing in Part III, starting with how to Upload your book.

END_OF_DOCUMENT_TOKEN_TO_BE_REPLACED 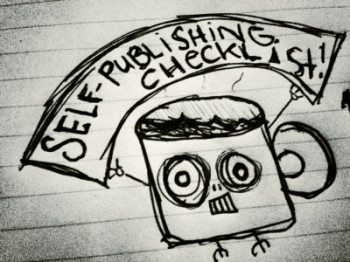 In Part One of this series, we looked at Firming Out Your Expectations, Picking Your Publisher, and how to do a Reality Check on Your Book Format.

How are we doing so far? Still okay? Good.

So you have a manuscript. You have decided on a publisher. You know weird tips about how your book’s format can affect its price and distribution. Now what?

END_OF_DOCUMENT_TOKEN_TO_BE_REPLACED

OH MY GAWD! You fancy glitterquill! You wrote a book.

So did I. It took forever. Mostly because I was an undisciplined mess who worked multiple jobs for the majority of the book’s birthing, but HEY! It got done. And… it appears… you’ve done the same. Which is rad. Take a moment to celebrate yourself. I don’t care how you get yer good times (sex, napping, whiskey, dancing, WHATEVER!), but you need to celebrate. For example, I read for a week straight and C.S.E. Cooney got me a sweet potato pie. Which no one else ate. It was ALL MINE. For breakfast. For dinner. There was no guilt ONLY WIN AT LIFE!

But… okay. So you have this thing. It is a manuscript. It is in a Word doc. You want to self-publish it. What the hell happens now? A LOT. Dear GEEZUS, a lot. Are you sure you want to do this? Yes? Okay. Well, here is a list – NOT ALL INCLUSIVE – but a starter guide to the pile of stink you stuck your foot into.

1. Firm Out Your Expectations

Whatever you are, know it and embrace it. My suggestion… keep your heart and drive high and your expectations low.

END_OF_DOCUMENT_TOKEN_TO_BE_REPLACED

Has this thought ever walked across your brain: My friend wrote a book. What now? It ain’t selling and I want to help.

Well, bless your soul, dear heart. You are a darn good friend. Here are a few suggestions on how to bump up your friend’s confidence and sales.

1. Give the author your money. Buy the book.