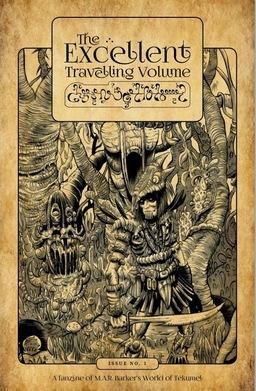 The Excellent Travelling Volume is a 28-page, digest-sized print-only fanzine dedicated to Empire of the Petal Throne (EPT), the first roleplaying game set on M.A.R. Barker’s world of Tékumel. EPT was first released in 1975 by TSR, making it one of the first RPGs ever published.

Tékumel is one of the most popular and enduring settings in fantasy gaming. No less than four RPGs have used it since it first appeared, including Swords & Glory (Gamescience, 1983/84), the excellent Gardasiyal: Adventures in Tekumel (Theater of the Mind, 1994), and Tékumel: Empire of the Petal Throne (Guardians of Order, 2005). It was also the setting for several novels by Barker, including The Man of Gold (DAW, 1984) and Flamesong (DAW, 1985).

While Tékumel has remained popular, the original game which launched it, Empire of the Petal Throne, is now 40 years ago and an extremely rare TSR collectible. It was reprinted only once, by Different Worlds Publications in 1987. However, RPGNow sells a PDF version of the original rules for just $11. The game has a strong group of core fans who have kept it alive for four decades.

The Excellent Travelling Volume is produced under license from the Tékumel Foundation. The first issue (cover at left; art by Jason Sholtis — click for bigger version) was released in December 2014 and is already sold out. Issue #2 is now available. Issues have a very limited print run (200 copies) and go out of print fairly quickly; if you’re interested, I would suggest you act quickly.

The first issue includes a complete adventure by James, “The Hidden Shrine,” as well as several game additions: The Shaman, Patrons, a Bestiary, and new Magical Devices.

Here’s a quick peek at the contents of the first issue. 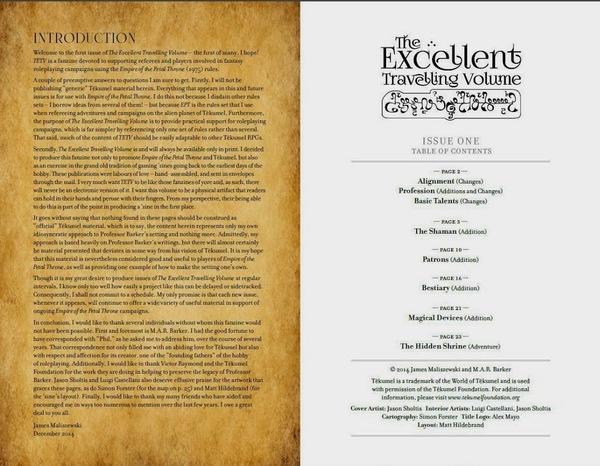 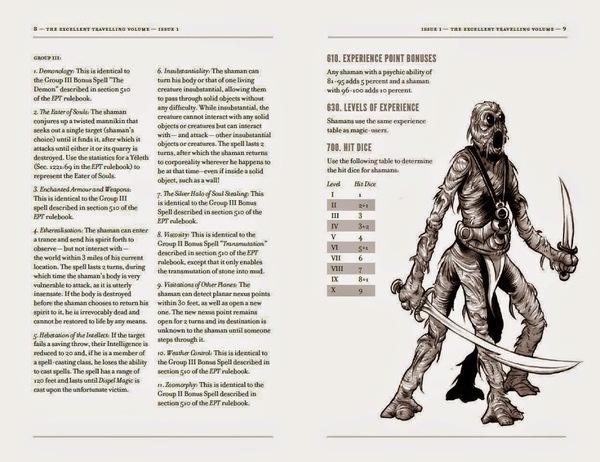 Issue #2 was published in February. 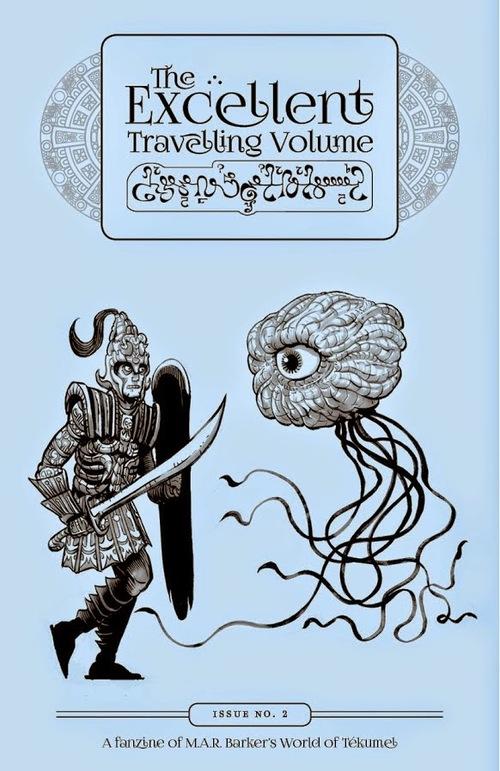 It includes a new player class, The Adventurer, Patrons, and Lost and Found. 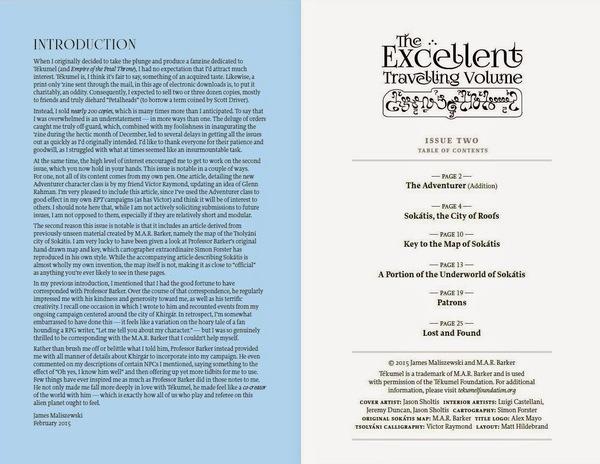 It also includes a new setting — Sokatis, The City of Roofs, complete with a map and a portion of the Underworld. 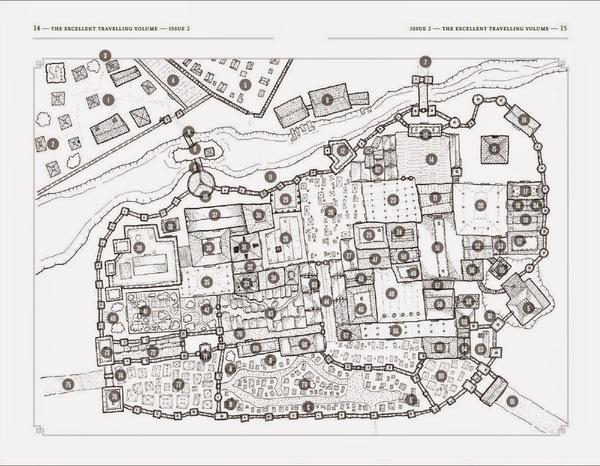 The Excellent Travelling Volume can be ordered via PayPal for $9.95 to the US or $11.95 worldwide. Get more details at Grognardia.

We last covered the world of Tékumel with M.A.R. Barker’s obituary in 2012.

[…] second issue of James Maliszewski’s The Excellent Travelling Volume — you can find it here.) Click on any of the images above to see our detailed report on each […]