Plenty of great new magazines to read in September, to help close out summer with a bang. This month we start coverage of Ranylt Richildis’ splendid Lackington’s magazine, with the Summer issue (above), and in his August Short Story Roundup, Fletcher Vredenburgh looks at the latest issues of Swords and Sorcery Magazine, Beneath Ceaseless Skies, and Fantasy & Science Fiction.

Check out all the details on the magazines above by clicking on the each of the images. Our early September Fantasy Magazine Rack is here. 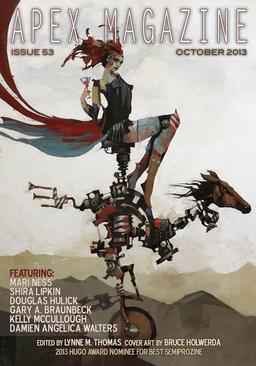 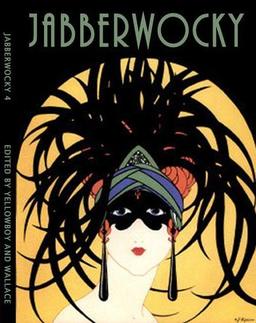 Lovecraft eZine has always been fairly good; but in recent months (over a year now really) it has become a strong force in presenting new and interesting short horror fiction. Though it tends to focus upon Lovecraftian-ish sorts of horror, I think it’s fairly comparable to Nightmare Magazine (probably the strongest force in short horror today) in strength of content.

For those who are interested in horror fiction (particularly short horror), I would really recommend keeping your eye on Lovecraft eZine.

Thanks for the rec, James! I’ll check it out.