The mid-May April magazine rack is crowded with a mix of print (Asimov’s, Knights of the Dinner Table) and online (The Dark, Clarkesworld, BCS, and HFQ) magazines. This month we say goodbye to Innmouth Magazine, which published its last issue last summer. Click on any of the images above to see our detailed report on each issue. 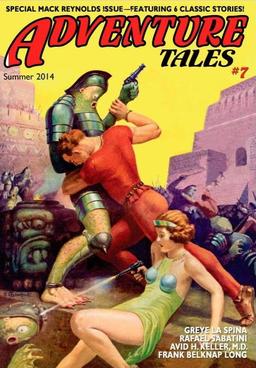 I’ve been expanding our magazine coverage here at Black Gate over the past month. It still isn’t as comprehensive as I’d like it to be, but we’re getting there. We report on the 24 following magazines currently (links will take you to our latest coverage): 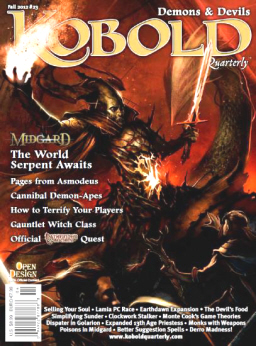 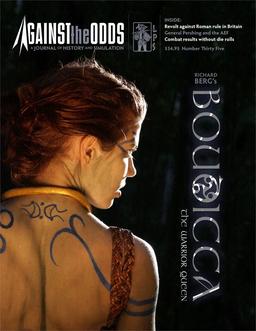 Just curious. Any reason Galaxy’s Edge magazine is not covered?

Same reason we don’t cover ANALOG, really. From what I’ve read, GALAXY’S EDGE is exclusively an SF magazine — they don’t include fantasy at all.

Asimov’s SF includes at least one fantasy tale every few issues (sometimes more); the same with Interzone. Most of the rest publish a mix of SF and fantasy.

Although I do want to do an article on the special 1000th issue of ANALOG this month (as soon as I can find a copy.)

I wonder how much it is to produce some of these magazines.

I expect most of the magazines cost much less to produce than BG. At least, I hope so!

Yeah, that “Swords and Sorcery Magazine” is pretty good, isn’t it? What, me have an ulterior motive? Never.

Hey, are you going to do any more “Appendix N” posts on your blog? I enjoyed your recent entry on Lin Carter.

(I also enjoyed your “Top Ten Most Influential Fantasy Writers of the Twentieth Century”… you should let us reprint it some day.)

John, re: “Appendix N” posts, I do intend to continue writing them. I’d hoped to consider August Derleth next. The thing is, with most of the “Appendix N” authors I can simply rely on my bookshelves, however with Derleth I need to go shopping. But I’m encountering a dearth of Derleth. Not even the venerable Powell’s Books is brimming with the low-cost Derleth I’m hoping to find. So, to be continued.
Re: reprinting from my web log. Consider it done. Let me know what you need from me.