So… it’s a sneak preview, as A (Black) Gat in the Hand returns for the fifth straight summer. How about that? We’ll get going full bore after I get back from Howard Days, but here’s a little sci-fi meets mystery to get the 2023 season under way.

From October to December of 1953, a three-part serial from Isaac Asimov ran in Galaxy. In February, The Caves of Steel was published in hardback. Asimov combined the science fiction and mystery genres in the story. The Caves of Steel paints a bleak future for humanity that served as more than just the background of a murder investigation.

Earth became overpopulated and civilization had to adapt to the massive resource needs. Cities became densely populated collectives. Efficiency drove everything. Section units (one, two and three room apartments) rather than houses. Group eating areas, rather than individual kitchens. Common shower and bath units instead of one (or more) per family. Hundreds of miles of high-speed conveyor belts, rather than roads and cars. The ancient, underground roadways were used by official forces to fight fires, or to move about to quell riots.

Towns and cities were absorbed by ever-growing CITIES. The huge Cities were roofed in by domes until “Outside” became a terrible place that city dwellers never went to: they stayed in their caves of steel, eating mass produced yeast, and hydroponics. Direct sunlight was not experienced. As Asimov says, “There was no doubt about it: The City was the culmination of man’s mastery over the environment.”

Then the Spacers came. Man had colonized other planets but those inhabitants eventually rebelled and broke free. They then returned and easily defeated Earth’s defenses. The Spacers lived on other planets in wide-open spaces, with many robot servants. Asimov essentially paints a picture of the rich, upper class, living indolently, and the poor, lower class, packed together like sardines. Good thing THAT could never happen…

It is also a book about prejudice. Earthmen resent Spacers, who have asserted their dominance. Militarily, the Spacers are far superior and the resentment simmers because Earthmen can’t do much of anything about it. They hate robots, which are doing jobs more efficiently, and causing humans to be ‘demoted’ to lower classifications and positions. Baley calls an office robot “boy” and is rude to him. The implacable robots are emotionless and simply obey orders. Asimov was surely commenting on the racial situation in America at the time.

This book is significantly more about science fiction and Asimov’s tale of future society, than it is a mystery about a murder. However, your hero has to have a goal, or what’s the point? Baley, paired up with R. Daneel Olivaw, a robot indistinguishable from a human, must discover who murdered a scientist in Space Town.

Now, this is a buddy cop novel, several decades before it became a trope for TV shows and movies. As a matter of fact, if you saw the underrated Fox television series, Almost Human in 2013, that show clearly drew on The Caves of Steel. I didn’t realize this as I was watching the series, but there can be little doubt that the creators were familiar with Caves.

RANT – J.J. Abrams was involved, having just wrapped up Fringe, and only a couple years removed from Lost. Almost Human (Karl Urban, Michael Ealy, and Minka Kelly) was a deep show that Fox should not have killed after only thirteen episodes. Its ratings probably weren’t helped by running it against The Olympics! Fox seemed determined to sabotage the show. Here is my plea for a season two, back in the day. END RANT 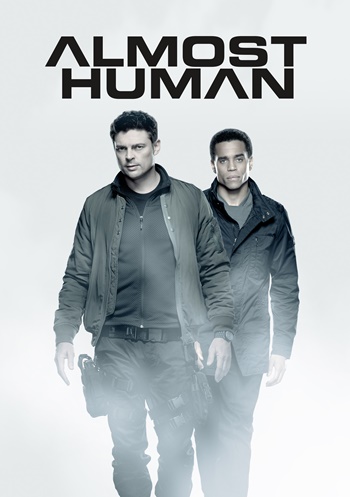 Baley makes missteps along the way: he’s not some super-intelligent private detective; he’s a hard working cop. In fact, he’s got some similarities to a the flawed private eyes of Black Mask. He keeps plugging away, seemingly making little progress. His solving of the case comes across as a bit of a ‘Eureka’ moment.

Asimov wrote a guide to the Bible from a historical perspective. As an atheist, he obviously didn’t take a believer’s view of the Good Book. But he certainly knew it very well. We know Baley’s wife as Jesse, but her actual name is Jezebel. Asimov tells us a great deal of Jezebel’s story as a conversation between the two.

And unknowingly, while trying to make Jesse feel better about having the name Jezebel, he instead takes something away from her that causes a (temporary) rift in their marriage. Asimov uses his Biblical knowledge to make a point about how people can strongly identify with their names – be it relationship real or imaginary. And it’s not just fluff: he weaves it into the story. There’s some impressive writing in The Caves of Steel. Like that should be a surprise…

Asimov finishes the book with another Bible reference that opens up an entire avenue of exploration regarding the “humanness” of robots.

Caves was followed three years later by The Naked Sun, when Baley was again paired with R Daneel Olivaw to investigate a murder: this time on the planet of Solaria. Nearly thirty years later, Asimov brought the two together for another case in The Robots of Dawn.

It was followed shortly afterwards by Robots and Empire, which included only Olivaw. As the title indicates, Asimov used this book to bring together aspects of his Robot and Empire series’, as well as the Foundation books. Perhaps because Baley was absent in this fourth book, it was the most unsatisfying of the series for me, and the only one I haven’t re-read.

The Caves of Steel is a science fiction story using mystery as the background. The Naked Sun is a mystery (another scientist is murdered) in a science fiction background. As a mystery guy, I notice the distinction – though, it doesn’t really matter. No, I am NOT inserting fluff to make a word count. Nor do am I dropping it in like pulpsters used to liberally sprinkle in adverbs to pick up another half-a-cent!

BBC Radio produced a superb Sherlock Holmes radio series starring Clive Merrison. I am long overdue to write about that one! Bert Coules was the man behind that show, and he adapted Caves as a BBC radio drama in 1989.

Ed Bishop played Baley. He had just, the year before, appeared in the last of seven radio plays as Raymond Chandler’s cynical private eye, Philip Marlowe. I think it’s a pretty good adaptation, and I hear Bishop’s voice when I read Baley now. His Marlowe is okay, but his Baley is solid.

Peter Cushing (whom you read about here, of course!) starred in a BBC TV adaptation of Caves in 1964. Unfortunately, only a few clips have survived. That project did spawn a 1969 TV production of The Naked Sun. That one was apparently was yet another victim of the BBC’s practice of wiping clean tapes so they could be reused. No copies are known to exist. Hard to imagine that in our digital era.

On average, The Robots of Dawn is twice about twice as long as the first two novels. It doesn’t flow as well as the first two, but it’s my favorite story of the trilogy. I really don’t give Robots and Empire a thought and rarely even mention it. It doesn’t include Baley, and it feels like a forced retcon job. And at 465 pages, it’s way too long for the story it tells.

If you’re a sci-fi fan, you should go ahead and give The Caves of Steel a read. It’s not one of my favorite books, but it’s a well-written science fiction novel by a master. And if you like it, The Naked Sun is a relatively easy follow-up. 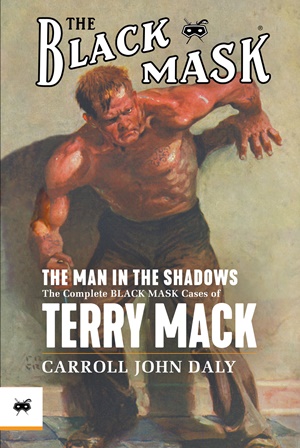 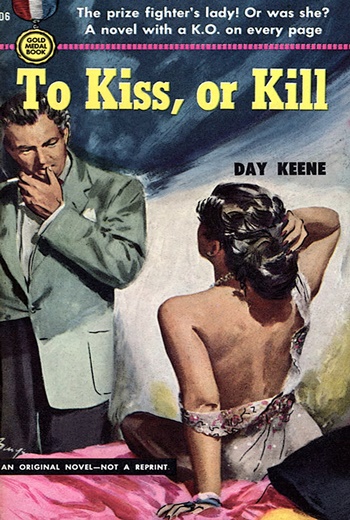 Liked Caves of Steel as a teen but was surprised when I reread it last year how badly the writing is. The scenes with the wife and son are cringe worthy. I couldn’t even finish it.

i am an odd one, i am not into police procedural, but i love private eye/private investigator stuff, my all time favorite genre is the sci fi murder mystery with PI’s. i can sometimes take cops as part of the book but not the focus. one of my favorite movies is The Last Boyscout. this movie is probly one of my top PI characters, if they stuck that character in sci fi it would be a perfect mvoie or book to be. hell Blade Runner is my #1 all time favorite movie, so yeah, i am often just skimming through lists and page after page of amazon looking for little sci fi detective gems.

all that said, asimov started my love of this. it was furthered by his robot series with his wife who wrote most of them or so i am led to believe. that and the race cars in space 3 book series from i dont remember, i think zalazny name was part of it but he didnt actually write them. from there i found quite a few other things and then cyberpunk, which to be honest is mostly mystery type stories set in that high tech low life setting. when i finally found sherlock, i understood why i was drawn to detective books, and the sci fi leaning was me and early reading influence.

so glad to have found those stories long ago and so glad people keep making them today, quite a lot can be found in the kindle unlimited or self publishing section, and quite a few arent as bad as people make self published out to be.

OMG – you and I like a lot of the same stuff. But I was not a fan of The Last Boyscout. At all. Never watched it a second time.

Blade Runner is one of my favorite movies, though. I even bought the two TERRIBLE continuation novels by KW Jeter. They weren’t even good fan fiction.

Another tv show that I thought borrowed heavily from the early Baley/Olivaw books was Total Recall 2070. Not recommending the series but I thought it owed as much, if not more, to the Caves of Steel and Naked Sun novels as it did to Blade Runner for its “inspiration”.

On the subject of adaptations there was also the VCR mystery game and (I’ve read) a three-part Russian tv production of The Naked Sun.

Not to depress you but, along with Edge of Human and Replicant Night, Mr. Jeter wrote two other sequels to Blade Runner – Eye and Talon (or maybe Talon and Eye) and Beyond Orion.