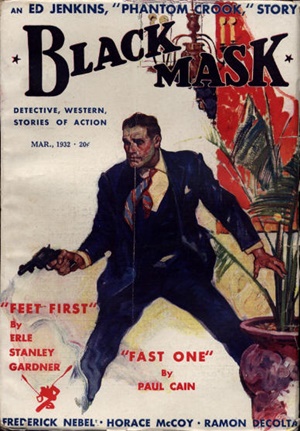 I decided to kick off this year’s A (Black) Gat in the Hand run with a look at a stellar issue of Black Mask. And the March 1, 1932 one was a knockout. Note the catch phrase on the cover was “Detective, Western, Stories of Action.” Just two issues prior, in January, the cover illustration featured a cowboy wielding a pair of six shooters. Even with non-Western stories from Erle Stanley Gardner, Raoul Whitfield, and Stewart Stirling. The shift towards hardboiled had been made, but the Mask was still appealing to other pulp genres. Competitor Dime Detective had only started up the month before.

But man, the March issue delivered hardboiled like a tommy gun, backed up with a pineapple through the window. No, not the kind of pineapple they use in Psych (great show!). I will argue that it was one of the best Black Masks ever. Considering that there is no Hammett story, it’s a bold claim.

Right out of the gate, it’s the first installment of Paul Cain’s Fast One. It was the first sale to the magazine for the twenty-nine year old Cain (real name, George Sims), who had already worked some in Hollywood (as Peter Ruric). Cain’s story is an odd one, shrouded in mystery. He wasn’t the typical pulpster, writing thousands of words and submitting to multiple magazines to scratch out enough sales to make a living at a penny (or less) a word.

Cain wrote over a dozen stories for Black Mask from 1932 to 1936, only appearing in two other pulps in that period. Then he wrote for Hollywood. Fast One, which was written in five installments, became his only novel. Several short stories were collected as Seven Slayers. Joe ‘Cap’ Shaw included “Red 71” in his The Hard-boiled Omnibus. Cain’s output was likely the least in volume among those considered the hardboiled masters. 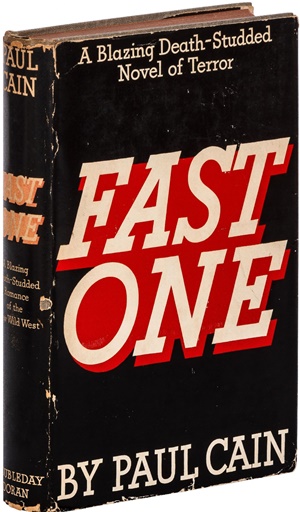 And that’s due to Fast One. Raymond Chandler wrote of the ending, “..as murderous and at the same time as poignant as anything in that manner that has sever been written.” Something about the ending doesn’t quite work for me (no spoilers here), but I think it’s almost a perfect hardboiled novel.

Gerry Kells is the protagonist, a former tough guy from the East Coast, just trying to get along on the West Coast, living the playboy life. From the first installment, things get going, and we find he’s as tough as he ever was.

So, this issue leads off with the first chapter of perhaps the best hardboiled novel ever. Excellent. I’ll write something more in depth on Cain in a future (Black) Gat.

Air stories were hugely popular in the pulps, though they seem to be mostly forgotten today; excepting those fans of the genre. I very much enjoy Frederick Nebel’s Gales and McGill air yarns. Well, this issue followed up “Fast One” with a Jerry Frost story from Horace McCoy. McCoy is best known for his novel, They Shoot Horses, Don’t They? (which Thomas Parker wrote about here).

McCoy definitely seemed to have writing pretensions, and was far more interested in being a ‘serious novelist’ (and marrying rich women) than in writing for the pulps. Frankly, I don’t care for his novels, but I quite enjoy the Frost stories, of which there are fourteen. I’m trying to convince Steeger Books to start getting them in print again. I think it’s going to happen, but I could just be optimistic on that.

I’ve not read “The Trail to the Tropics,” but I’ve liked the other Frost stories which I have found. They’re more about his on-the-ground work, than aerial fights. And he mostly lives up to the “one riot, one ranger” approach, though not completely. I’m definitely a Frost fan.

Jenkins is a former crook, always suspect by police, and not trusted by the bad guys. So, he’s constantly running to stay clear of both sides of the law. Perry Mason made Gardner the best-selling author in the world. But Ed Jenkins really solidified his career and made him a Black Mask star. Here’s my earlier essay on Jenkins.

Well, Bob, that’s not a bad issue at all, but it’s not THAT great. Oh, but I’m not done yet. Next is the second pulpster whose likeness is carved on my Mt. Rushmore. Frederick Nebel was the man picked by Cap Shaw to fill the gap left when Dashiell Hammett quit the pulps. Nebel created one of the toughest PIs ever, ‘Tough Dick’ Donny Donahue. I wrote about him here. 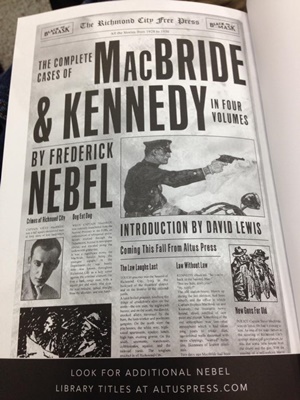 MacBride doesn’t have much patience for Kennedy, but the newsman is consistently on his side. They read more like private eye yarns than police procedurals, for all that MacBride is a paragon of a policeman. “The Quick of the Dead” is from the middle of the run. For a lot of folks, this series is their favorite from Nebel. Steeger Books has collected all of the stories in a four volume collection.

And now, on to my favorite in the issue. Raoul Whitfield is the second topic covered in A (Black) Gat in the Hand. That wasn’t even the column’s title yet. But he was as much an early mainstay at Black Mask as Hammett, Gardner, Nebel, and Carroll John Daly. But compared to the hardboiled giants, he’s largely forgotten. Like most prolific pulpsters, his quality varied. Death in a Bowl, a novel from a story serial in Black Mask, is his best-remembered work.

But hands down, my favorite Whitfield wasn’t even published under his own name. Twenty-six stories about the Island Detective, Jo Gar, ran under a pen name: Ramon Decolta. West of Guam contains all the Jo Gar stories, and it is in the running for my favorite single hardboiled/pulp volume. I’ve been working on a Gar essay for over a year. I want to get it right.

Gar is a small Filipino; soft-spoken, erudite, thoughtful, but willing to shoot it out as needed. Think of a tough Hercule Poirot, played by David Suchet (who you know I love). The weather and atmosphere of the Philippines is almost a character in the stories. “China Man” opens with the number five typhoon signal flying. And almost immediately, so is a knife out of the darkness – straight at Gar.

There are times that Whitfield is the fourth face on that Hardboiled Mt. Rushmore. And that’s during the times that there’s nothing I’d rather read then Jo Gar. The series is simply fantastic. Whitfield was the only writer with two stories in The Hard-boiled Omnibus: one under his own name, and a Gar story as Decolta.

So, this issue has Cain, Gardner, Nebel, and Whitfield. That works! But we’re not quite done yet.

Ed Lybeck is another who Shaw chose for The Hard-Boiled Omnibus. “Dead Evidence” was the third of four stories he wrote for Black Mask: all of which featured a once gunman, now reporter, with the unlikely name of Francis St. Xavier Harrigan. It is a sequel to “Kick-Back.” which had appeared in the January issue.

`BTW – it’s quite possible that Lybeck, whose inclusion in the Omnibus is odd, to say the least, only got in because Frederick Nebel refused to let Shaw use any of his stories. I couldn’t find out much of anything about Lybeck. He was born in the UK, and grew up in the United States. I imagine that Will Murray probably provides more info about him in the introduction to the recent Steeger Books collection of all four Harrigan stories.

And there’s one more story. This one is “Chicago Confetti,” from William Rollins, Jr. It’s also included in The Black Lizard Big Book of Pulps. It’s the first of three stories over a ten-month span featuring PI Percy Warren. Rollins’ mystery pulp was mostly for Black Mask, and he was a successful novelist. This is the only story I’ve read of his.

There’s not one ‘filler’ pulpster in this issue. It’s got the first installment in one of the greatest hardboiled novels; a popular aviation story from a future respected novelist; a story featuring one of Black Mask’s most popular characters, from one of the best-selling authors of the twentieth century; a popular series from Shaw’s handpicked replacement for Hammett; another popular series from one of Black Mask’s cornerstone writers; and two other stories from respected authors.

This is definitely worth twenty cents! 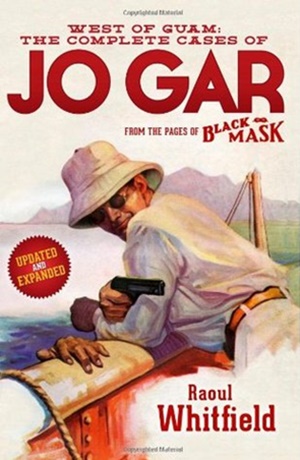 Norbert Davis
Appaloosa
A (Black) Gat in the Hand is Back! 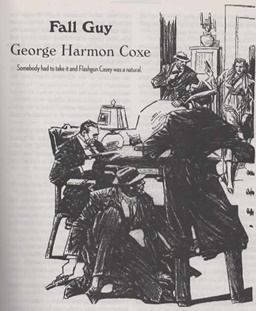