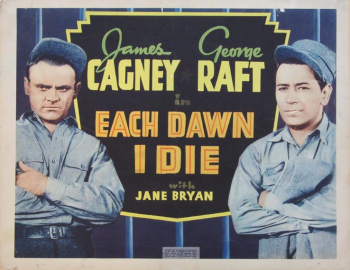 So, TCM was afloat in hardboiled/noir/crime flicks, with Edward G. Robinson as the May Star of the Month. June was at least as good, with Ann Sheridan in the spotlight. Alas – July’s Star is Tony Curtis. Good actor, who made some fun movies. But there’s less of our favored genres with him in the spotlight. Fortunately, TCM is still an excellent network, and we have some things to look forward to:

Also called Murder in the Big House, this 1936 crime film is about a reporter who goes inside a prison to solve a murder. And the lead is Barton MacLane, who is probably my favorite Warners supporting actor in the gangster/crime heyday. He popped up in good movie after good movie, such as The Maltese Falcon, High Sierra, Treasure of the Sierra Madre, Manpower, and All Through the Night. He was the second-lead in the Torchy Blaine movies (his character was actually the main one in Frederick Nebel’s short stories). He did get the lead in some B-movies, but they’re not around much. So tune in and see him out front for a change.

Quite a performance by James Cagney as a crusading reporter who undergoes quite a personality change when he’s framed and imprisoned. This was George Raft’s first movie after signing with Warners. The first thing he did was bump Bogart from the part of Hood Stacey.

John Garfield, who was saw a lot of in June, is back in this one as a reporter who gets himself sent to prison to get a mobster. Rosemary Lane (of the singing Lane Sisters) is the female lead. She was in two Bogart movies: Oklahoma City, and The Return of Doctor X.

Lucille Ball is in this kind of pre-noir. The more-than prolific Lew Landers directed. He directed sixty-eight movie from 1934 through 1943! And his pace didn’t slow down much for a while. I’d like to read a book about him.

The 1944 suspense classic with Charles Boyer, Ingrid Bergman, and Joseph Cotten. Quite a film.

Richard Widmark is a pickpocket who makes the big mistake of stealing some microfilm from a spy. Widmark, Jean Peters, and Thelma Ritter all receive strong reviews for their performances.

I think this was a Noir Alley selection last month. Cliff Robertson stars. In this Sam Fuller-directed flick. 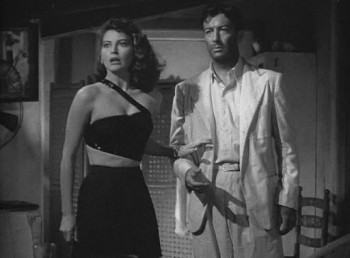 Also A Time To Kill, I’m interested in the casting. Somebody said, “You know who we need in this movie? Let’s get Henry Fonda, Barbara Bel Geddes, Vincent Price, and Ann Dvorak. And what the heck, send a letter up into the hills to Elisha Cook, Jr.. And give Charles McGraw a part. That’s quite a diverse cast. I’ve not seen this, but might do so this time around.

South American noir as Robert Taylor plays a noble federal agent, after a smuggling operation. Is he strong enough to resist sultry Ava Gardner (who could?). Charles Laughton, Vincent Price, and John Hodiak round out a nice cast.

The Falcon
Starting at 7:30 AM in the morning, it’s NINE consecutive The Falcon films. There you go! All nine starred Tom Conway, who succeeded Bail Rathbone as radio’s Sherlock Holmes.

The first seven start The Falcon, then…Strikes Back, In Danger, And the Coeds, Out West, In Mexico, In Hollywood, and In San Francisco. The last two break the format: The Falcon’s Alibi, and The Falcon’s Adventure.

Marlon Brando in a famous role as leader of a gang of motorcycle delinquents who terrorize a small town.

Lee Marvin and Angie Dickinson in an adaptation of Richard Stark’s The Hunter. This is the first Parker novel. You should read the book, and watch the movie. It is hard-boiled.

Spencer Tracy leads a deep cast in this crime (noir?).

My favorite PI novel by Dashiell Hammett and my favorite PI movie, starring Humphrey Bogart. I wrote about a bunch of Falcon stuff here at Black Gate. 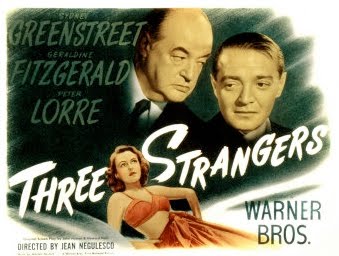 Classic gangster flick that started Bogart’s launch to becoming ‘Bogie.’ Ida Lupino (who had just been in They Drive By Night with Bogart), did not enjoy working with him, and refused to let him have the male lead in Out of The Fog, which went to John Garfield instead. Bogie was pissed. Lupino later softened on her stance towards him.

This is Eddie Muller’s Noir Alley entry for the week. Not a classic, but starring Sydney Greenstreet and Peter Lorre. This the ‘old script’ that John Huston wanted to repurpose as a sequel to The Maltese Falcon. Warners (and Huston) discovered they only had the right to the novel; not Sam Spade. But couldn’t they have made a deal to use the character for one more film? Whatever. Howard Koch (of Casablanca) revised the script and they made this film. It’s not great, but I like Lorre and Greenstreet together in it.

This is interesting to me because Humphrey Bogart was a gangster and was fairly prominent in the last part. He left Hollywood, for the second time, after this one. He would come back to stay in The Petrified Forest. Joan Blondell and Bette Davis are in the cast. Director Mervyn Leroy followed this with Paul Muni’s I Was a Fugitive on a Chain Gang.

Noir Alley rerun from midnight on Saturday. See above. 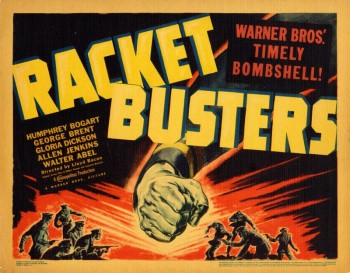 One of the few Bogart movies I don’t own, and I haven’t seen it in over twenty years. Bogie is a gangster taking over the trucking racket. Lloyd Bacon directed six movies which Bogart was in (at various credit slots) before Bogie became a star. He did get him one more time after that. Action in the North Atlantic followed Casablanca.

Ronald Reagan is a Secret Service agent on a case. Nothing else to say, just a Gipper sighting.

Rebroadcast of last night’s Noir Alley at 12:30 AM. John Garfield in an adaptation of Hemingway’s classic, To Have and Have Not. I’ve not seen this, and I’m looking forward to watching it.

Just about my favorite comedy. I LOVE this movie, which I wrote about, here. 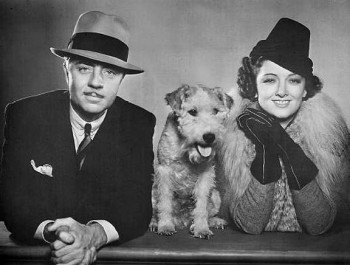 Dashiell Hammett is my favorite hardboiled author, but I don’t really care for The Thin Man – book or movies. But an awful lot of my pulp fans love these movies. Which is fine. Here’s the first one.

Rerun from Sunday the 26th. Doesn’t matter if you saw it. Watch it again.

There are quite a few other crime and mystery movies I didn’t mention. Check out the schedule a couple times a week and find some good stuff for yourself. Most, but not all, of these movies will be on Watch TCM for somewhere between a week and a month. The Search feature stinks. Ignore it. Just go to the bars in the upper left corner, click and select ‘Films.’ Then, scroll down. They go from most recently added to longest on the list. You’ll be surprised how many movies stay up after they air. I love Watch TCM. 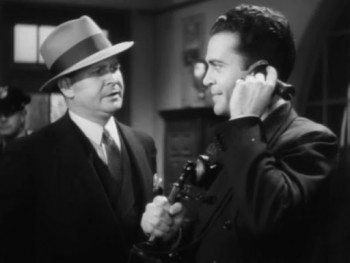 A (Black) Gat in the Hand: Bill Crider on The Brass Cupcake

Because Howard Hawks is one of my absolute favorite directors it pains me to admit that “The Breaking Point” is a better movie than “To Have and Have Not”.

Bringing up Baby is on tonight (I think at 10) – Wednesday.

I know this is heresy (and I qualify it by first saying that I do love the movie) but Rio Bravo has some stretches that are embarrassingly slack, but “Relaxed” morphing into “slack” is a fault that Hawks displayed increasingly as the years went on. (Hatari, anyone? But I still love that movie too!) For my money, Red River is a better western and better John Wayne. (It’s something that scarcely anyone notices, but Wayne, the hero of heroes, was at his best playing losers – Tom Dunson, Ethan Edwards, John Stryker, Tom Doniphon, John Bernard Books – all losers.)

Thomas – I’m so into the supporting cast (I’m okay with Wayne always, but he’s not my favorite cowboy), so I’m absorbed in the film throughout.

As a kid, I really liked Rooster Cogburn. I think I grew out of that, though.

I agree about the supporting cast 100%. Angie Dickinson was never better and what can you say about Walter Brennan? I’m amazed he and Wayne didn’t get some sort of “Odd Couple” sitcom after Rio Bravo, they were so funny together. But for me, it’s Dean Martin who steals the show. He apparently never felt the need to act after that (with just a couple of exceptions) and that’s a shame.

Yep. Dino is my favorite part of this film as well.

I love that Kevin Spacey played his character in LA Confidential based on Dean Martin. It worked.