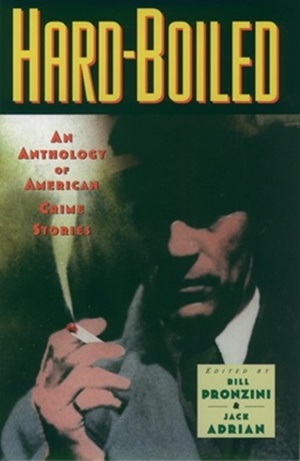 With only three stories remaining, Hither Came Conan is taking a Monday off. We began trodding jeweled thrones beneath our feet back on January 7th. The series started the week after A (Black) Gat in the Hand, a hardboiled/pulp column, wrapped up its 34-week run on December 3st, 2018.

Well, after we talk about our last Conan story next month, A (Black) Gat in the Hand is making another summer appearance! With an attempt to cover a broader pulp range this time around, I’ve lined up another excellent bunch of guest posters. Of course, we’ll still be talking hardboiled, but there was a lot of good reading in other genres back in the pulp heyday.

“Sure, Bob. Who are these ‘guest posters’ you allegedly have lined up?” I’m glad you asked. Actually, I’m not, but I’ll answer anyways.

William Patrick Murray is going to tell us about my favorite pulp hero, Doc Savage. James Reasoner, who has forgotten more western pulp stuff than I’ve ever learned about, has a couple of contributions. Author Duane Spurlock will also be talking about westerns. It was a more popular genre than even hardboiled, you know!

Steve Scott, who knows more about John D. MacDonald than I do (and I can hold my own regarding John MacD!) has an essay on one of JDM’s few attempts at a series character, pre-Travis McGee.

I’ve long soaked up pulp knowledge from the writings of Evan Lewis and Stephen Mertz. Evan is going to be a guest poster, and Stephen agreed to let me use his excellent essay on the hardboiled pioneer, Carroll John Daly. And I got permission to reprint an essay from one of my favorite people, the late Bill Crider!!!

Paul Bishop, my go-to guy for Robert E. Howard boxing info, will be writing about a cool South African post-pulp series. And my new Windy City Pulp And Paper buddy, Joshua Dinges, will be writing on a very unique pulp topic.

I’m going to incorporate a couple Q&As this time around, with folks like Doug Ellis and Ed Hulse lined up.

I’ve got several others thinking about contributing – or on board but deciding on topics, like Frank Schildiner. And I’m not done recruiting. You might be hearing from me yet.

I may have missed a few names – I’m scrambling to get this series ready while still wrapping up Hither Came Conan. My full-time job really gets in the way of my blogging…

I think this second go-round is going to be even better than last year’s. And I think we kicked some serious pulp butt last year!

Of course, you’ll be subjected to some stuff from me, since it’s my column. The one thing I most regret missing in the series’ first run, is talking about Norbert Davis’ Max Latin. So, that’s gonna happen this time around. And possibly a little more Davis. Along with Hammett and Frederick Nebel, he’s on my Pulp Mt. Rushmore (not sure who the fourth person would be).

Speaking of Nebel, Gales and McGill, MacBride and Kennedy, Cardigan, and some northern adventure stories are all on the ‘To Do’ list. Carroll John Daly’s Race Williams and Three Gun Terry, and Raoul Whitfield’s Jo Gar are to be addressed as well. I’d like to hit some more authors, like T. A. Tinsley, Stewart Sterling, T. T. Flynn (somebody else will cover that better, fortunately), the pulp of Robert E. Howard (his lesser-known stuff), John D. MacDonald and a whole lot more.

Here are the posts from last year’s first run:

Thanks for the shout-out, Bob! Great article. That Hard Boiled anthology is excellent!

Hi Joe! Yeah. I realize that I never got around to writing about ‘Hard Boiled Detectives,’ the Dime Detective anthology. That’s another favorite.

I’ll be looking at that one this time around.

So much good pulp to read!