Today, I’m going to talk about two streaming sites for your hardboiled/noir lock down needs. And then, a third site with a show I really dig. First, up: 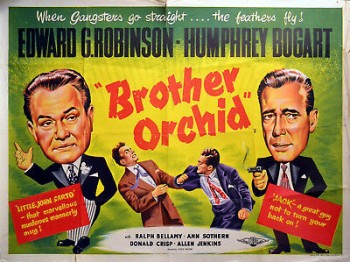 I have recently spent a lot of time on Watch TCM. It can be streamed free on your PC and Smart TV, and you can download the app for mobile devices.

Most movies running on TCM (Turner Classic Movies), are posted on Watch TCM within several hours of airing. Some which they sell, like Casablanca and Key Largo, are not posted, and movies generally drop off after a week. You can watch any movie listed, as many times as you want, free. If you have TCM through your cable provider, you can watch the east coast and west coast feeds live. So, if you miss something on the east coast, you can still catch it later on the west coast. This is good for the ones that don’t end up posted.

I’m obviously a hardboiled/noir fan, and May’s Star of the Month is Edward G. Robinson. Which has resulted in a plethora of movies in that genre, plus other non-genre movies from stars like Robinson, Bogart, and Ida Lupino.

Thursday is Star of the Month day, and in less than 24 hour period from last Thursday afternoon, the following movies were posted:

And the previous Thursday’s haul remained up until Friday, and it had some VERY good stuff as well. Last Monday’s post was about a bunch of the movies showing through the rest of May. Check it out.

Of course, there’s far more than hardboiled/noir, which is my favorite area. As I type this, there are two Marx Brothers movies, and one from The Bowery Boys. They had a musical day, so Yankee Doodle Dandy and several others are up. I will always watch Mister Roberts when I can. There are relatively ‘newer’ classics, such as Network, and Coma, as well. It’s not just all old black and white movies. 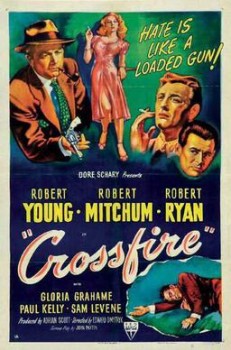 Not every movie you want to watch is available, by a long shot. But if you like TCM, this is your chance to stream most of their schedule, at your convenience. Especially for those without a DVR, or TCM in their cable package. And you’re going to find something slight more ‘anything’ than Tiger King, here. It’s a great site.

This is a free, streaming network. Unfortunately, there doesn’t seem to be an app, but you can stream it through your web browser on your various devices. I mention it here because Thursday is Noir to Die For. All day long, it’s classic black and white noir. This coming week includes two Bogart movies: The Desperate Hours (his last gangster film), and The Harder They Fall (his last movie, period). Also, a decent mid-fifties crime movie from Edward G. Robinson, Illegal. And that’s not even mentioning the more-than-solid Crossfire.

And Sunday Night Noir, starting at eight, is usually a repeat showing of some movies from Thursday, in addition to a few others here and there. Of course, they show movies all week long, so you’ll get plenty more than hardboiled/noir. It doesn’t have a replay option like Watch TCM, but hey – It’s an online option when you’re looking for something to watch. And it’s got hardboiled and noir, which works for me.

Pluto TV is a streaming alternative for those trying to get off of the cable grid. It’s got a slew of stations in different categories, like Entertainment, News, Movies, and Binge. I only use it for one station, in the Binge category: Leverage.

Leverage is a caper/heist show that ran for 77 episodes from 2008 through 2012, starring Timothy Hutton (star of A&E’s terrific A Nero Wolfe Mystery). He had been a top flight insurance investigator, who fell off the rails for personal reasons. He ends up putting together a crew of former thieves. They take on clients who have been wronged, and who the normal system can’t/won’t help. The team provides ‘leverage’ and sets the wrong right.

Each is a specialist: the tough guy, the grifter, the cat burglar, and the tech geek. The interrelationships of the crew really helps make the show work. And the plots are clever. This is a really well-written show.

Every single episode, which has ‘Job’ in the title, is a new con to pull. It amazes me how original they manged to stay, constantly coming up with fresh angles on what is really the same plot structure. Each episode, they say, “Let’s go steal…” a country, an election: whatever.

I just watched The French Connection, which uses a tony culinary school as the central element, and it’s funny, well-paced, and one of my favorites. I like a good caper/heist movie, and this show is an excellent modern take on the sub-genre. The same folks made the Librarian movies and television series, and they do good quality. Leverage is being rebooted, without Timothy Hutton, unfortunately (he was accused of a thirty-plus year old rape, which he denies, earlier this year). Noah Wylie (of The Librarians) is replacing him. Three original cast members are back, with another appearing as a recurring character. 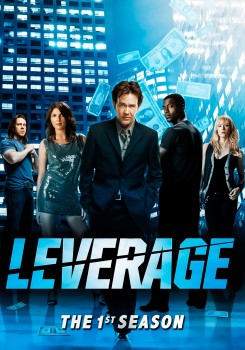 Pluto runs episodes 24/7, rotating through the entire series in less than a week. It’s a really good watch. I just finished the series finale, and they did a nice job wrapping it up. This was, quite simply, a high quality show.

I have little interest in anything else on Pluto (though the Classic Movies channel has some good stuff), and there are too many commercials for their pop culture garbage/ But I don’t have to watch those channels, so, you pick and you choose. And it’s free. There’s a station for Midsomer Murders, a show which a couple friends have recommended, so I might give that a try.

Of course, Youtube and DailyMotion have lots of movies and tv shows to watch. I used Youtube to catch up on The Murdoch Mysteries, and watched/rewatched over two-thirds of David Suchet’s marvelous Poirot. But it’s nice to find things to watch, in good quality, at places like the ones I talked about in this post. 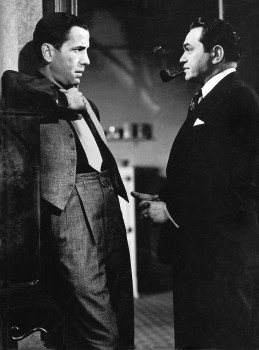