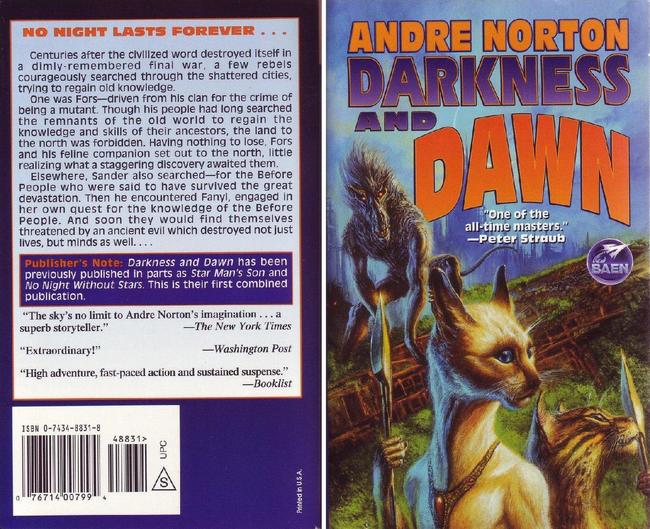 If you’re like me, you enjoy vintage science fiction and fantasy, and tracking down old paperbacks to add to your collection. But nothing beats the convenience of having those fragile old books available in a modern reprint. Unless it’s having multiple books in a single omnibus volume, under a great new cover, for the price of a single paperback. When that happens, we like to make some noise about it here — especially when the books involved are true classics of the genre.

That’s why we end up talking about Baen so much. Last week it was the trio of Baen’s Murray Leinster omnibus volumes; before that it was their seven volumes featuring James H. Schmitz. Today, I’d like to take a look at three of the many omnibus volumes collecting some of the best work of Andre Norton, published by Baen last decade.

First up is Darkness and Dawn, which collects perhaps the first Andre Norton book I ever laid eyes on, in my elementary school library in Kentville, Nova Scotia: Daybreak—2250 A.D. 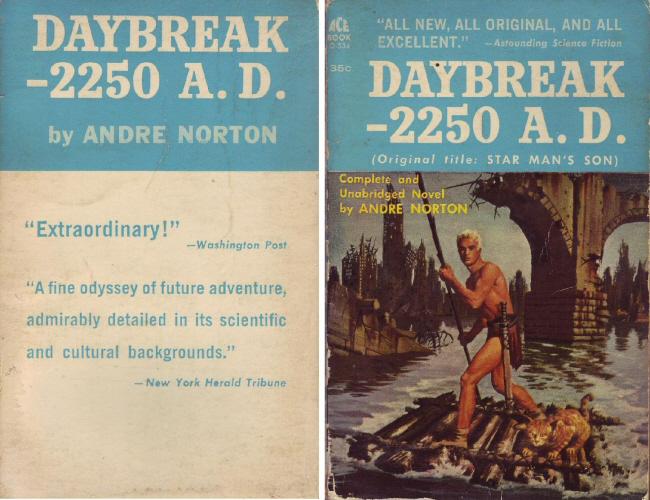 I still remember seeing that paperback in the spinner rack in grade four, circa 1973, and wondering how that guy on the raft kept that cat from eating his ankles.

In 1977 it finally received a new cover, but one so close to the 1954 edition that you’d be forgiven for thinking it was the same at first glance: 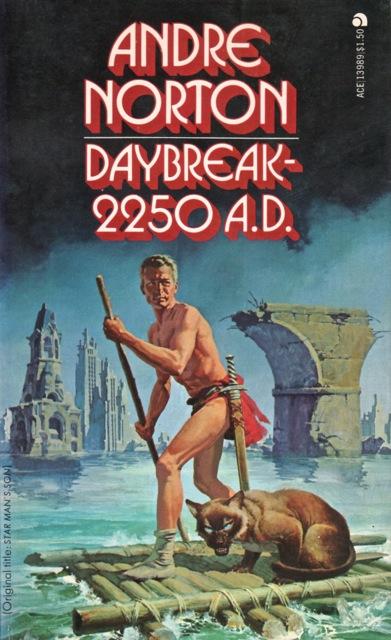 Darkness and Dawn also contains No Night Without Stars, first published in paperback by Fawcett in 1975, with a cover by M. Kane. 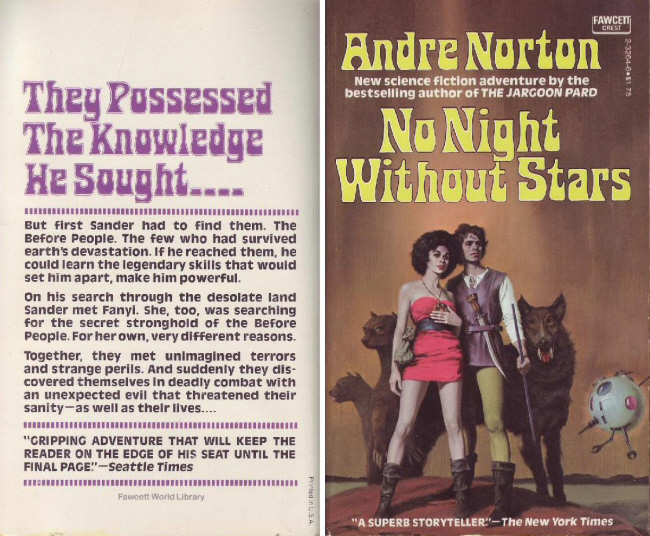 Next up is Star Soldiers, which collects the two Central Control novels, Star Guard and Star Rangers. It was published by Baen in August 2002, with a cover by Stephen Hickman. 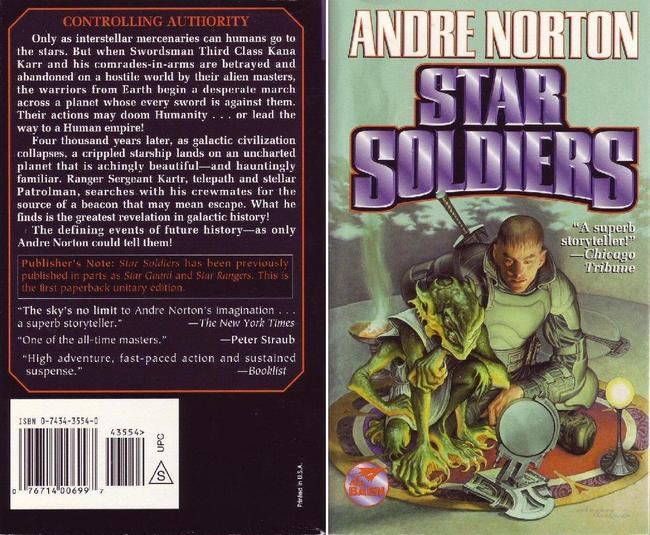 Here’s the 1978 Fawcett edition of Star Guard, with a nifty cover by Ken Barr. 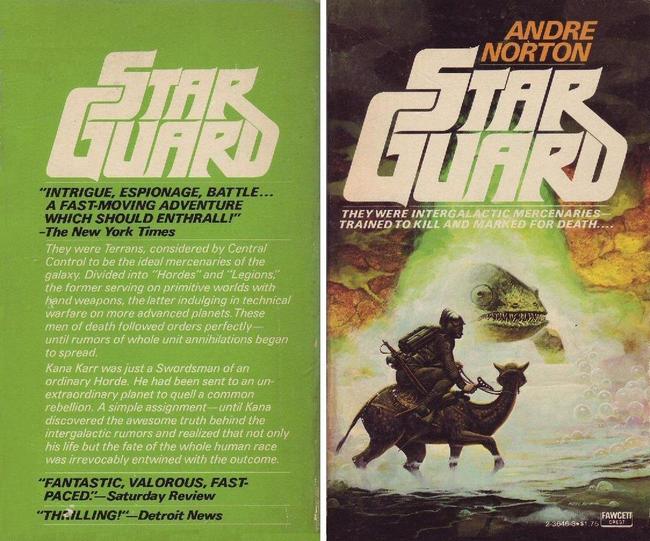 And here’s the August 1979 Fawcett edition of Star Rangers, also with a Ken Barr cover. 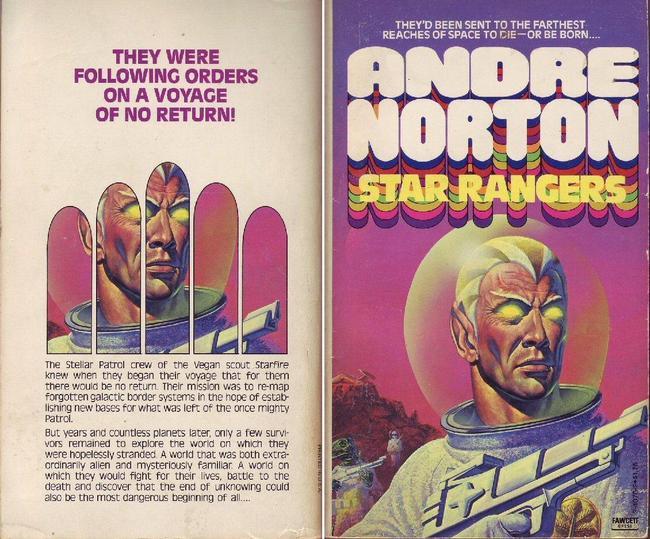 Star Rangers was also published as an Ace Double under the title The Last Planet, which we covered as part of our look at the Ace Double line last February.

Last up is Star Flight, an omnibus collection of the two Pax / Astra novels: The Stars Are Ours! (1954) and Star Born (1957). Star Flight was published by Baen in October 2007, with a cover by Stephen Hickman. 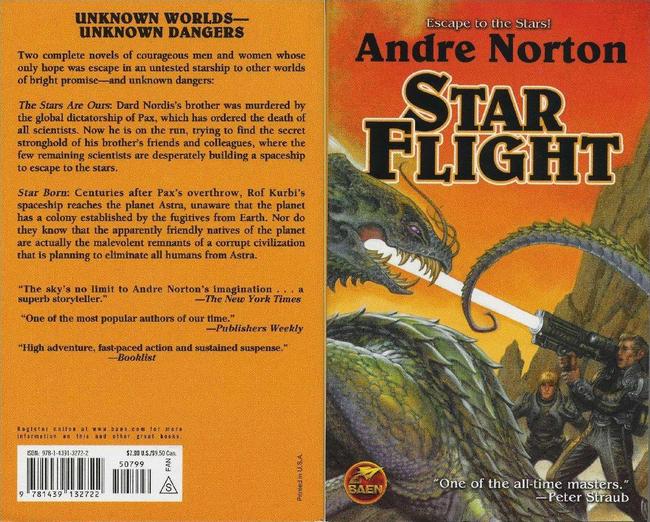 The Stars Are Ours! was originally published in hardcover in August 1954 by World Publishing Co, with a cover by Virgil Finlay. Here’s the 1972 Ace paperback, with a Victor Kalin cover that looks a lot like a gothic romance in space. 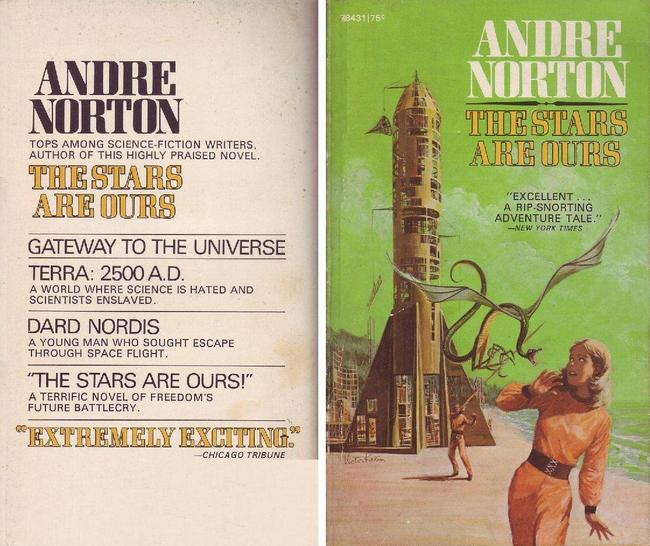 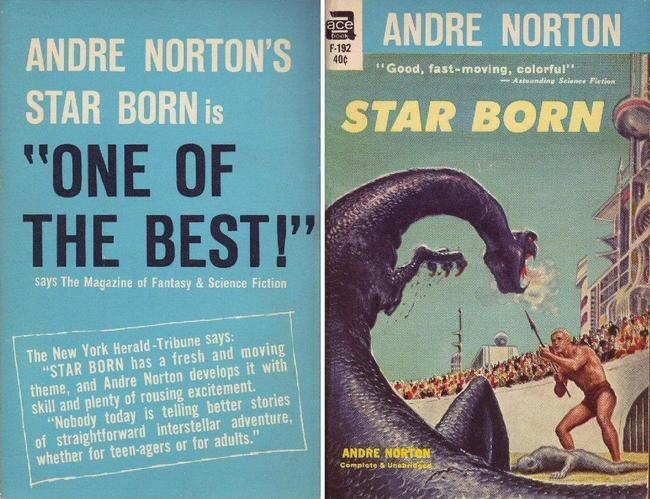 […] N (Black Gate) The Omnibus Volumes of Andre Norton, Part One — “If you’re like me, you enjoy vintage science fiction and fantasy, and tracking […]