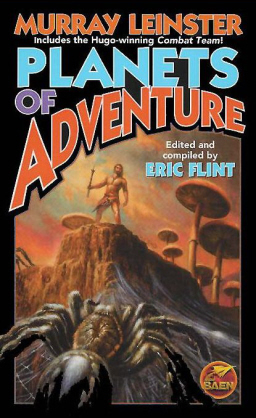 There’s lot of great new arrivals to tell you about this week. I’ve got them all stacked up beside my green chair, unread. Because the book I’m really excited about is Planets of Adventure by Murray Leinster, published by Baen Books over a decade ago.

That’s when I first bought it, too — over a decade ago. I went hunting for a copy as a birthday gift for my son last week, and was thrilled to find it was still in print. A fat omnibus of pulp science fiction from one of my favorite science fiction writers, still in print in mass market after nearly eleven years!

Just like that, my faith in humanity is restored. Here’s the back cover blurb, ’cause it’s awesome.

Breathtaking space adventure by a master of interplanetary science fiction. Including two complete novels, one of them a Hugo Award-winner.

The Planet Explorer: As humans spread throughout the galaxy, thousands of planets have been colonized. Often, the colonists discover too late that an apparently hospitable planet conceals a danger to their survival. The fate of these colonies scattered across the galaxy rests with one man, whose own fate is to race forever against looming interstellar disaster.

The Forgotten Planet: A ship is marooned on a planet whose existence has been mislaid by the galactic bureaucracy. And the planet’s ecology has gone wild, breeding deadly giant insects. The ship’s crew and passengers have no hope of rescue. Can they and their descendants survive? Tune in next millennium.

Plus more exciting adventures of men and women against the hostile stars.

Both The Planet Explorer and The Forgotten Planet began life in the 50s with hardcover editions from the legendary Gnome Press, and both have seen multiple editions over the years. Here’s a snapshot of a few you may recognize.

The Forgotten Planet was published in hardcover in 1954, with a cover by Ric Binkley. The Planet Explorer first appeared in 1956 under the title Colonial Survey — with a cover by EC Comics great Wally Wood, no less.

The Forgotten Planet was one of the earliest Ace Doubles, paired with Lee Correy’s Contraband Rocket in 1956 and with a spectacular cover by Robert E. Schulz. For its 1957 Avon paperback edition, Colonial Survey  was  retitled Planet Explorer (cover artist unknown.)

Both novels returned to print in the late 80s/early 90s — The Forgotten Planet with a 1990 Carroll & Graf cover featuring a giant purple worm, no less (because, why not?), and Planet Explorers in a 1989 edition from Bart Books, blessed with what may well be the finest cover in the history of human civilization. Seriously, look on that cover with awe.

The artist for this edition of The Forgotten Planet is unknown (a pity, because he paints purple worms like nobody’s business.)

The Planet Explorer cover is by Peter Scanlan. Peter, you rock.

In addition to the two novels, the omnibus volume Planets of Adventure contains:

Planets of Adventure was edited and compiled by Eric Flint, and published in October 2003 by Baen Books. It is 554 pages, priced at $7.99 in paperback and $6.99 for the digital version. The cover is by Bob Eggleton. 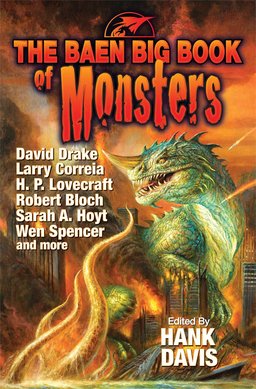 We’ve also covered several pulp and classic SF/fantasy reprints from Baen over the past few years, including: