Last week, in my article on The Omnibus Volumes of James H. Schmitz, I noted how Eric Flint edited seven omnibus volumes collecting the science fiction of James H. Schmitz, starting in 2000. Those books were successful enough that Eric expanded his project to include other great SF and fantasy writers of the mid-20th Century.

And boy, did he expand it. By the time he was done, Baen had published volumes dedicated to A. E. Van Vogt, Michael Shea, Howard L. Myers, Keith Laumer, Randall Garrett, Christopher Anvil, Cordwainer Smith, Lois McMaster Bujold, A. Bertam Chandler, P.C. Hogdell, Andre Norton, and many others. Today I want to look at the three volumes dedicated to Murray Leinster, “The Dean of Science Fiction,” whose work I think still has enormous appeal even today. 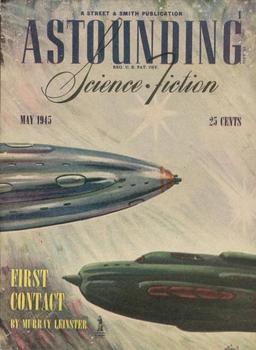 Murray Leinster was the pen name of William F. Jenkins, who wrote more than 1,500 short stories and articles, 14 movie scripts, and hundreds of radio scripts and television plays. He worked in many fields, but is remembered today almost exclusively for his science fiction.

He was a consistent innovator. His first SF story, “The Runaway Skyscraper,” (which Ryan Harvey discussed in detail here) appeared in the February 22, 1919 issue of Argosy, when he was just 23 years old. It was (and is) considered a classic of early SF, and was reprinted in the June 1926 issue of Hugo Gernsback’s Amazing Stories. His famous story “Sidewise in Time” (Astounding, June 1934) was perhaps the first alternate history tale, and helped inspire the Sidewise Awards for Alternate History.

His superb novella “First Contact” (Astounding, November 1945), is still one of the best tales of first contact with an alien race, and is credited as the first appearance of a universal translator in science fiction. It won a retro Hugo Award for Best Novelette in 1996.

The three omnibus volumes from Baen appeared nearly 20 years after his death:

Here are the back covers for all three (click for legible versions): 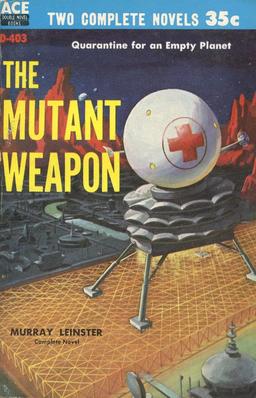 The first volume, Med Ship, included all his stories about the interstellar Med Service, including the novel The Mutant Weapon (1959), five novellas, and two novelettes:

The Planet Explorer is a fix-up novel consisting of four linked stories about the Combat Team, including the Hugo-winner “Exploration Team.”

I previously covered Planets of Adventure in more detail here. 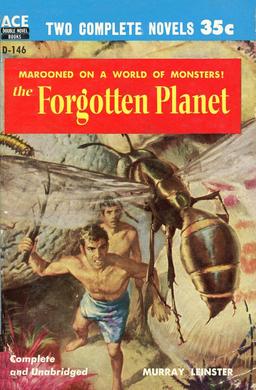 A Logic Named Joe contains Leinster’s more light-hearted work, including the novels Gateway to Elsewhere, The Duplicators, and The Pirates of Zan: 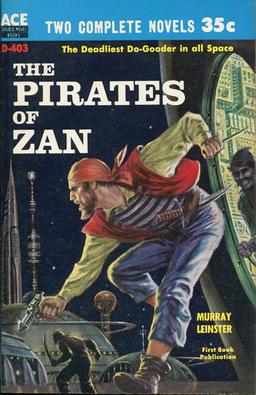 The previous installments in this series on omnibus collections of interest to fantasy fans include:

Love these, and PLANETS OF ADVENTURE came off the TBR shelf yesterday for a reread. The 1959 Astounding cover for PIRATES OF ZAN was terrific.

Right you are. The ASTOUNDING cover for THE PIRATES OF ZAN, showing a pirate with a slide rule between his teeth, is one of Frank Kelly Freas’ true masterpieces, and I probably should have included it above.

Here it is for those who are curious: 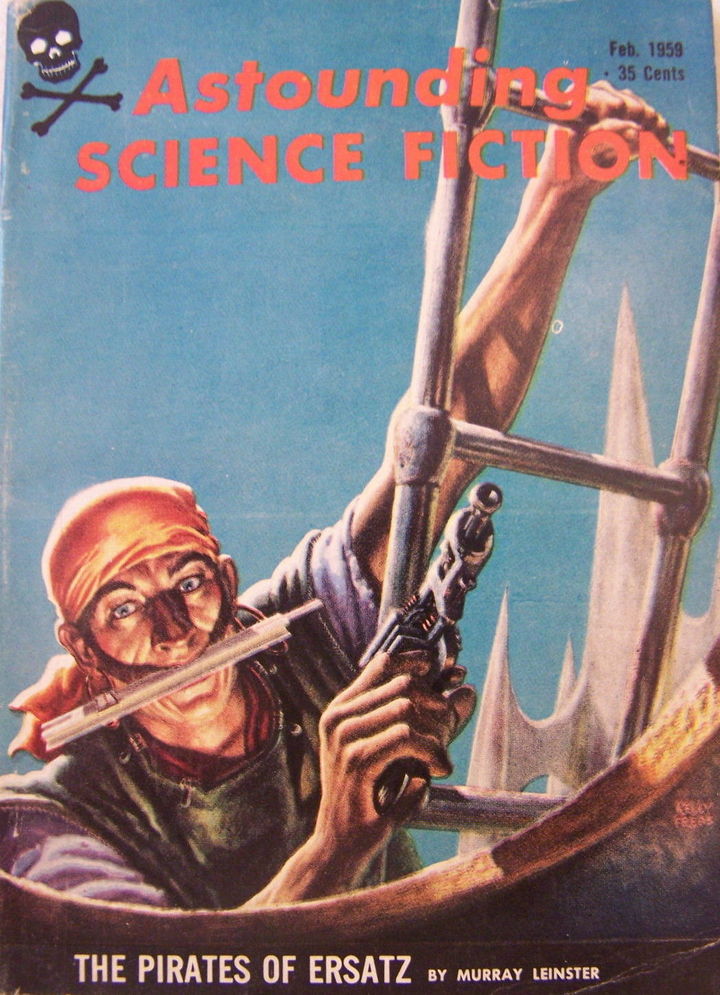 Of course, the book was called “The Pirates of Ersatz” in its original appearance in Astounding.