To tell you the truth, I wasn’t initially interested in P.N. Elrod’s The Vampire Files. A few things happened to change that.

First, I started to hear about Jack Fleming, the investigative journalist in Prohibition-era Chicago who becomes a vampire and private investigator, and whose first case was to solve his own murder. Folks used adjectives like “surprising” and “old fashioned fun” to describe his adventures. That sounded pretty good. By then, the series had gotten pretty far along, and I wondered idly if I should pick one up. But it seemed a little late to jump on board, and I was never really sure what volume to start with. Plus some of the earlier books became harder to find, and it all seemed like just a bit too much effort.

Then Ace Books released the first omnibus volume in 2003, containing the first three Vampire Files novels. And, well, you know what a sucker I am for omnibus collections. All those hard-to-find paperbacks, in one handsome and economical package? It’s too much to resist. 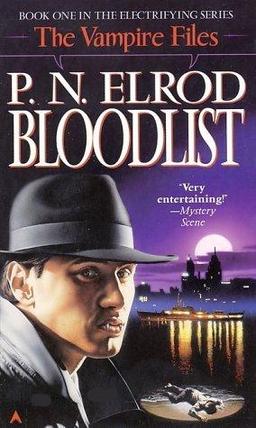 Over the next nine years, Ace released all twelve Vampire Files novels in five omnibus volumes, with contents as follows: 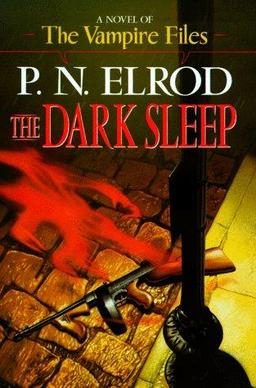