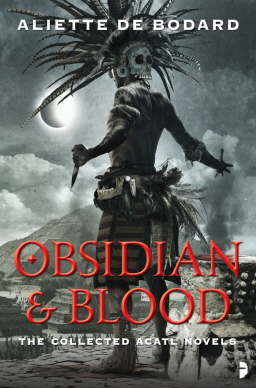 As a reader over 40, I have a certain responsibility to gripe about modern fantasy. To point out how things were better in my day, complain how “kids today” just don’t appreciate good writing, and dismiss current trends as crass commercialism. It’s a thankless job, but it’s been handed down to me by countless generations of grumpy old readers, and I take it seriously.

It ain’t easy, either. For one thing, I have to ignore a lot of really excellent work by Jeff VanderMeer, Neil Gaiman, Howard Andrew Jones, James Enge, John Fultz, and dozens of others, just to have any kind of credibility at all. And when a trend comes along that I really like, I have to shut the hell up about it. And trust me when I tell you, it’s hard for me to shut the hell up about anything.

For example: when I was a kid, fantasy novels went out of print all the time. If you missed ’em, too bad for you — that was the price you paid for not getting hip to the best writers fast enough. You had to sit around and listen to all your friends talk about Do Androids Dream of Electric Sheep, nodding along and gritting your teeth. (At least, that’s what I imagine it would have been like, if I’d had friends).

Not any more. These days when a popular paperback dies, it just returns months later in a new, improved format, like Gandalf the White. Or the Priceline Negotiator.

Case in point: Aliette de Bodard’s Acatl novels. The first, Servant of the Underworld, published in paperback by Angry Robot in October 2010, was a fascinating murder mystery set in the Aztec capital of Tenochtitlan, where the end of the world is kept at bay only by the magic of human sacrifice.

When a priestess disappears from a blood-drenched room, High Priest of the Dead Acatl is tasked with discovering her fate, sifting through clues in a sprawling metropolis where the gods mingle with mortals in the streets and blood sacrifices are an everyday occurrence.

Impressive stuff. The novel made a genuine splash — John Scalzi called it “Fascinating stuff, about fascinating stuff,” and Elizabeth Bear said it was “a riveting story of murder, magic and sibling rivalry.”

The sequel, Harbinger of the Storm (January 2011), found Acatl investigating the macabre discovery of a high-ranking nobleman torn to pieces by a mysterious invocation in the palace, and the third novel, Master of the House of Darts (October 2011) upped the ante even further with the coronation war for the new Emperor ending in failure, yielding a mere forty prisoners of war, far too few sacrifices to ensure the favor of the gods. 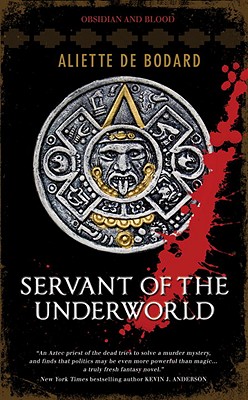 What we have here are the opening volumes in what’s sure to be a splendid career for Aliette de Bodard. Of course, you’d naturally expect her to toil a few more years in the trenches first, working long hours and watching her early novels go out of print, before gradually earning true acclaim and well-deserved fame as a fantasy superstar. At that point, her early works would triumphantly return to print, in attractive permanent editions, to be celebrated by an adoring public.

I don’t need to tell you that this career path was good enough for J.R.R. Tolkien, H.P. Lovecraft, and Robert E. Howard, and really, it should be good enough for anybody. Tolkien even lived long enough to see his novels gradually become popular, the lucky sod.

Well, you know where this is going. With absolutely no regard for tradition De Bodard and her publisher, Angry Robot, have skipped the starving-artist phase entirely and jumped right to the fantasy superstar stage, putting out an attractive omnibus edition of all three Acatl novels, Obsidian & Blood.

It’s getting superstar acclaim, too (possibly because the industry is confused and doesn’t know how else to treat great-looking permanent editions, but that’s neither here nor there). And to rub salt into the wound, they didn’t even bother to wait until the original editions were out of print. It’s like they don’t understand how fantasy works.

Obviously, this leaves me conflicted. On the one hand, I love these Angry Robot omnibus editions, and have ever since I found a copy of Tim Waggoner’s The Nekropolis Archives. They are universally gorgeous, handsomely-designed and sturdy, and also very attractively priced. As trends go, it’s one I heartily approve of.

And just as obviously, it makes things difficult for a determined genre curmudgeon. It’s hard to convince people the industry’s headed to hell in a handbasket when both writers and publishers are trying — and succeeding at — daring new things.

It’s hard to be a curmudgeon today. The industry just ain’t what it used to be. Things were much easier in my day, let me tell you.

But if it’s all the same to you, let me tell you tomorrow. Because tonight, I’m curling up with a great book.

Kindle edition is currently 6.99 and I just bought it as I’ve always enjoyed her short fiction when I’ve come across it.

And I seriously doubt anyone will mind us posting a link!: http://www.amazon.com/Obsidian-Blood-ebook/dp/B0076Q1H5I/

As a reader nearing 50, I’ve never felt such a need to gripe. 😉 Plus, besides the ones you’ve mentioned, you’d also have to forget Philip Pullman’s His Dark Materials, which may or may not be my favorite work of fiction ever, depending on when asked, but is certainly in my top 10, and Sheri Tepper’s Marianne trilogy, one of the most creative and entertaining fantasy works I’ve ever read (and written early in her career, before she started hammering home her politics in her prose–and I say that even though I generally agree with her politics).
I’ll definitely check out–and you know me, probably buy–Obsidian & Blood and The Nekropolis Archives, assuming I don’t already have the latter. 😉

I keep looking at that Angry Robot annual subscription ebook plan — the only thing that keeps me from jumping on it is that they don’t offer .mobi as a subscription option — I’d have to convert things in Calibre to read them on my Kindle. Still very, very tempting. And in the meantime, I just spent $6.99 for the omnibus.

Um, you can read .mobi on Kindle, as far as I know (at least, I can on my old Kindle) Baen’s been offering them that way.

No, the files they offer directly from thier website (including subscription files) are only available in ePub so they’d have to be converted to .mobi for the Kindle. As I said, still very tempting, though.

Ah, misread that, sorry. Kindle versions available from Amazon but not their own subscription service. Got it 🙂

That’s the current Amazon price, and I try to include the list price in the listing (since the prices various vendors offer vary from week to week, and often day to day).

But you’re right, $6.99 is a real bargain for a collection of three great novels. I know what I’ll be reading on my Kindle Fire this week…

> you’d also have to forget Philip Pullman’s His Dark Materials, which may or may not be my favorite work of fiction ever

A fine pick! A genuine pity the movie adaption did so poorly — it could have introduced the books to a vaster audience.

> And Sheri Tepper’s Marianne trilogy, one of the most creative and entertaining fantasy works I’ve ever read

Now you’ve picked something more obscure… these books haven’t been in print in roughly a decade. I’m not as familiar with them as I should be, but you’ve certainly piqued my curiosity. Step one is to track down the paperback originals…

I loved that movie. While I already had the books on my shelf because The Washington Post critic was a big fan, the movie is what caused me to finally read them.

Good luck finding the Tepper books at reasonable prices. The last in particular is pricey for even “Acceptable” used copies. I paid $70 for one in reasonably good condition, though I think the prices have about halved since then. I couldn’t even find the book club omnibus collection at any price back when I bought them, but it looks like Amazon resellers have some used copies for about $35.

I bought the omnibus after reading this article and skipped over the books lining my reading que to read it. Wow! This is incredibly good. She blends the culture, the magic, and the characters into an Aztec world. I think the author has a deep understanding of the people and tapped into a unique source.

After reading the comments I couldn’t help but respond to aswsnyde’s remark about Sheri Tepper. I liked reading her too until her politics bled through the page and beat you over the head. The Key to Women’s Country was the last book of hers that I read. I felt as if she wanted to leap out of the book and castrate me and all my sons. I agree 100% with you aswsnyde.

> Good luck finding the Tepper books at reasonable prices. The last in particular is pricey for even “Acceptable” used copies.

Ouch! Right you are. I thought I had a pretty good Tepper collection, but I don’t have ANY of these books. Well, every true collector delights in a new challenge… 🙂

> I bought the omnibus after reading this article and skipped over the books lining my reading que to read it. Wow! This is incredibly good. She
> blends the culture, the magic, and the characters into an Aztec world. I think the author has a deep understanding of the people and
> tapped into a unique source.

Glad you enjoyed it, Ape!

> The Key to Women’s Country was the last book of hers that I read. I felt as if she wanted to leap out of the book and castrate me and all my sons.

That explains my wife’s reaction when she read it…

[…] this could eventually be released in an handsome 3-novel omnibus format Aliette de Bodard’s Obsidian & Blood. But I can’t wait that […]

[…] of the 2012 Tiptree Award last March. And we told you about Aliette de Bodard’s fabulous Obsidian & Blood omnibus in […]