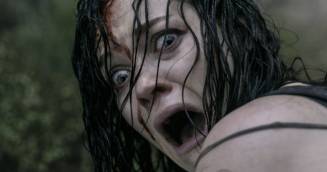 You really shouldn’t read from that book.

A remake of Sam Raimi’s horror film franchise Evil Dead finally has a release date in 2013 after a couple of false starts, some casting shuffles, and a change of director that had fans screaming for the wrong reasons.

As early as 2005, it had been confirmed that a remake of Evil Dead would be made. At that point, it was to be produced by Bruce Campbell and Sam Raimi, but would not include any references to the original characters. It was also said that the movie would be about a group of teenagers that go to the cabin and find the book, but the similarities with the 1981 version would end there.

However, in August 2007, Bruce Campbell revealed in a radio interview that the proposed remake was “going nowhere” and “fizzled” due to extremely negative fan reaction.

The rumor mill went quiet after that, until July, 2011 when Ghost House Pictures (Sam Raimi’s production company) announced it would be producing a remake with Fede Alvarez directing and Diablo Cody refreshing the script. That’s when the legions of The Dead cried foul. 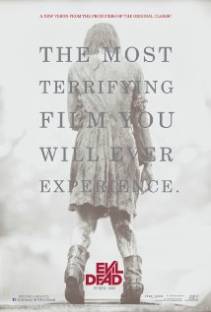 Alvarez has no feature film experience, having only directed four short films previously, with three of those being of the foreign language variety.

Never mind that Alvarez was Raimi’s hand-pick for the director’s seat. Three years ago, Raimi sent Ghost House Pictures into a bidding war with a bunch of major studios to sign a seven-figure deal with Alvarez to have him direct a then-unnamed feature-length film (hint, hint) based on Alvarez’s 4-minute short entitled Panic Attack.

And that, my indy-film-making friends, is how your efforts make bank.

But just when Evil Dead was once again about to die at the hands of its rabid followers, Sam Raimi himself jumps into a writer’s seat alongside Codi and a writer friend of Alvarez’s, Rodo Mendez.

And with the fan boys and girls finally sated, the project got legs, albeit pus-filled ones.

In October, Bruce Campbell assured fans at the New York Comic Con that Evil Dead’s freshman director Alvarez’s remake would be “awesome.” Campbell, of course, starred in the original film as the beleaguered hero Ashley “Ash” Williams, a regular Joe who finds himself in a living nightmare after a quick trip to a cabin in the woods with some pals turns deadly once demonic forces are unleashed. The movie was a labor of love for the young Campbell and Raimi, who, along with producer Robert G. Tapert, birthed one of the most beloved (and profitable) low-budget indie horror franchises ever.

If you’re wondering if computer-generated gore will ruin the gritty feel of the original film, rest assured. Alvarez stated that the film will heavily rely on practical effects rather than CG effects. In his chat with our buds at Bloody Disgusting, Alvarez stated:

We didn’t do any CGI in the movie. Everything you will see is real, which was really demanding. CGI is cheaper and faster, but I hate that. We researched a lot of illusion tricks. For instance a girl goes to cut her arm with a kitchen knife, and we knew from day one the camera would start wide and you would see the knife and her arm, and the audience would think there would be a cut any moment, but we don’t cut, she just cuts and starts screaming. So we tried to push the boundaries there. 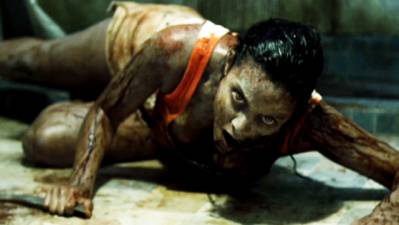 Back in April of this year, actor Shiloh Fernandez was reported cast as the main lead role of “David” and Lily Collins had the female lead, but by January of this year, Collins has dropped out of film.

Then in February, it was announced that actress Jane Levy, star of the television series Suburgatory would be replacing Collins as “Mia,” the remake’s version of Bruce Campbell’s character Ash (the question around the campfire is whether or not Mia, like Ash, will be the last man woman standing). Casting was rounded out with Lou Taylor Pucci, Elizabeth Blackmore and Jessica Lucas.

A couple weeks ago a new “red-band trailer” for Evil Dead was released.

It’s the equivalent of an R-rated movie which means the content is intended for a more mature audience and probably blocked from your work computer. So kids, avert your eyes while the rest of us take a gander at what we’re in for…

[Warning: Mature content ahead. At least one F-bomb, and some gruesome images. I mean, really gruesome. Yuck — the editor]

It’s too early to say if the new Evil Dead will find the same kind of love as its predecessor, but it certainly looks like a respectful — and scary — take.

The premise is intact: A small band of friends heads to a remote cabin, inadvertently reads some demon resurrection passages written in an ancient language and, faster than you can say “bloody stump,” their bodies are becoming hosts to a dark force seeking to do in the living.

Attractive people under the age of 23 should never, ever spend time in woodland cabins. Everyone knows that.

A worthy effort or another example of tampering with a classic? You decide and post a comment or drop a line to sue@blackgate.com.

I wonder how many of the fans who were upset were actually fondly remembering Evil Dead II (the campy one), not the very first Evil Dead (which was actually kind of a nasty movie. In a good way). Either way, after seeing the trailer I’m more intrigued than I was before.

I can see why they had to remake it, since no one could make a horror film about a group of young people going to a cabin in the woods and having bad things happen to them without totally calling to mind this particular film.

I read a quote from Raimi that I can’t put my finger on at the moment, in which he made basically the same point as Bill’s.

One might also argue that “The Cabin in the Woods” is actually some sort of back handed tribute; which further supports the fact that any movie from now until the apocalypse with cabin + woods + attractive young people = tribute to Evil Dead.

How could it be otherwise…?

And Joe, I totally agree. Sceeved out? Certainly. Going on opening night? No doubt at all…