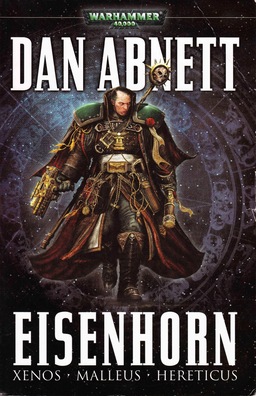 John DeNardo has closed up shop at his Hugo Award-winning blog SF Signal, but he continues to write about SF and fantasy in his regular column at Kirkus Reviews. One of his best recent articles — indeed, one of the most enjoyable blog posts I’ve read in a long time — was his passionate and articulate defense of Media Tie-ins, published on June 15.

As much as I bemoan the poor public of image of science fiction by mainstream readers, there’s an even worse injustice going on. Some people in those very same slighted genre circles are often quick to dismiss a certain type of book: media tie-ins. These are the books that are based on a story most often found in another media (like film, television, and games) but could be sourced from other literary properties as well. These are the Star Wars, Star Trek, and Dungeons and Dragons prose novels that the bookstores like to relegate to the end of the science fiction and fantasy bookshelf section. They are positioned like an appendix in a non-fiction book “in case you’re interested in more reading.” You know, if you’ve run out of other things to read…

So, yes, media tie-ins are worth your time. I’ll even back that up: one of the best set of books I’ve ever read — in any genre — was the Eisenhorn trilogy by Dan Abnett. The books are set in the richly-imagined Warhammer 40K universe, which is based on the popular role playing game. (Even WH40K itself is an offshoot of the fantasy RPG Warhammer, for which there are even more prose novels.)  Abnett is a one of the most skilled master storytellers you’ve never heard of.  This is the series that I point to when anyone is quick to dismiss tie-in fiction. The fact that it is set in the Warhammer 40K universe is incidental, though if you are familiar with the games, that would be an added bonus when you read them. I don’t play the game, but that didn’t stop me from losing sleep because I couldn’t stop turning page after action-packed page, or cheering when a bad guy finally got his comeuppance.

Our previous coverage of John’s articles at Kirkus includes:

And our own recent Warhammer coverage includes:

How to Worldbuild a Good Sandbox: Four Rules from the 40K Universe
Warhammer: Lords of the Dead
Only War for Christmas: How to Defend Warhammer for Teenage Boys
In the Trenches: Gaunt’s Ghosts: Straight Silver
Conquer a Dark and Dangerous Galaxy in Forbidden Stars
New Treasures: The Horus Heresy Box Set
March New Releases: Defenders of Mankind
New Treasures: Ahriman: Exile by John French
New Treasures: Pariah: Ravenor vs Eisenhorn by Dan Abnett
Releasing This Week: Relic From Fantasy Flight Games
New Treasures: Dead in the Water, a Warhammer 40K Audio Drama
Explore the Horrors of the Jericho Reach in The Achilus Assault
Warhammer 40,000: Daemon World by Ben Counter

Sure – there will be some good ones. But in my younger days, I read a lot of mediocre fantasy because it had ‘Forgotten Realms’ or ‘DragonLance’ on it.

And it’s well known that the Tor Conan books contain an awful lot of stinkers.

I don’t think you can dismiss all media tie-ins, but I do think there’s something to frequently short deadlines and somewhat constricted plots marring a lot of them.

I remember avoiding Alan Dean Foster as a young fantasy reader because he seemed to be cranking out movie book after movie book.

I never did go back to him.

Mostly by accident, I picked up a Warhammer paperback, and started reading. Immediately I found myself in a beak, mostly dark (as in at night) unspecified place, in a boat or ship on an unspecified lake (ocean?) going to an unspecified destination to make war (I assume) against an unspecified foe. I had no idea there was a game, nor did I have the slightest background. After the book bounced off the wall, it went into the recycle bin. “Never again”, I said.

That said, I have read several STNG novels and enjoyed them, and a novelization of the Alien film that was quite good. So I guess one takes tie-ins on a case-by-case basis.

You’re right, of course. When we talk about typical media and gaming tie-ins, we’re in a publishing space where deadlines, matters of continuity, and strict length demands are frequently given more weight than quality, originality, and innovation – the things SF fans usually care deeply about.

I guess John’s article resonated so deeply with me because I know just where he’s coming from. When you stumble on something as enjoyable and as overlooked as Abnett’s Eisenhorn books, and work to bring attention to them, it’s hard to have your reviews dismissed as “Oh, that’s just a crappy game tie-in.”

(And if it’s that frustrating for us, imagine how it must feel for Dan Abnett and Alan Dean Foster!)

Anyway, there’s genuinely good work being done in media tie ins. The HALO books are another good example. And we understand that there are folks who will never ever pick one up, no matter how many readers tell them what they’re missing. We’re trying to reach the ones who will listen.

What is it about media tie-ins that makes them the undesirables of the SF&F family?

I have to admit that when I finally decide to buy some classic SF&F book, after it has been made into a movie (or whatever), I usually go on ebay or abebooks to find an older print edition just because I don’t want the new edition with the media tie-in cover. Why is that? Am I just being purely snobbish?

Moreover, I’m inconsistent. When it comes to older works, I go out of my way to track down the print edition with the media tie-in cover (i.e. Clash of the Titans, Alien, Dragonslayer, etc.). I can justify those decisions purely upon nostalgic longings but why do I avoid newer media tie-ins?

O wretched man that I am, who will deliver me from this hypocrisy! (Romans 7:24, paraphrased a bit!)

When I was a college freshman, I had just barely begun watching occasional episodes of Star Trek: The Next Generation. Then someone mentioned a new ST:TNG novel that had come out earlier that week. I decided to track down said novel, Contamination by John Vornholt. At the time, my favorite novel was Caves of Steel because of it’s mixture of science fiction and mystery. Contamination turned out to be a science fiction mystery, and was enjoyable enough to turn me from casual fan to true Trekker, just as the 25th Anniversary hoopla was going on (yes I was in college 25 years). Two months later came Star Wars: Heir to the Empire by Timothy Zahn. I was already a lifelong SW fan and I still consider that not only the greatest tie-in ever but one of the greatest space opera novels ever. Maybe not quite as good as Dune or Foundation, but not too far behind them in quality.

When I was in the preteens in the 1960s the media tie-ins I was reading were almost universally bad. The Man from U.N.C.L.E. novels-number three was so bd I stopped with #3 and I adored that show (now only the first season holds my love and the rest of the seasons are hit and miss though could lose the entire season 3 and have a better series for). The Secret Agent/Danger Man novels were even worse not once convincing me it was John Drake in the books. Even more disappointing was The Invaders (Roy Thinnes) by way of Keith Laumer whose Retief is a lifetime favorite pleasure reading.

BUT: Highly recommend the Quantum Leap and Highlander novels which indicated to me that publishers attempting to upgrade the material. The four Godzilla novels are pleasant light reading. Just saying.

I’ve read any number of great Warhammer books now, both the science fiction and fantasy titles. As a matter of fact, there are several I’d number among the top modern sword-and-sorcery books.

And I have to stand up in defense of Alan Dean Foster, as well. When I was in junior high I must have read and re-read his adaptions of the Star Trek animated series stories a half dozen times. He seemed to know the characters better than any of the terrible Star Trek novel writers at the times, and he could make even the worst of the cartoon episodes more plausible as he adapted them.

I sometimes play a game with myself when some new franchisable media property comes out: I like it, but do I like it enough that I would ever consider writing a tie-in novel for it? There’s only ever been one that made me answer yes, and that’s Joss Whedon’s Firefly. Man, I’d write a tie-in just so I could see Whedon’s bible for that world. Not that he’s likely to ask me. But most of my early chops at writing dialogue I learned from Buffy the Vampire Slayer, and in my contemporary fantasy the traces are probably still visible under all the layers of things I’ve learned since. I owe the guy a creative debt.

Steven Brust did write a Firefly novel, although it’s arguably more fanfic than tie-in since he did it entirely on his own. It can be found at

When I was very young I remember we had one of those UFO tie-in novels — the slightly undersized hardcovers with the glossy printed covers. I liked it well enough although a) my critical tastes weren’t all that well-developed at the time (not saying they are now either) and b) I had no idea that UFO was a TV series; it was just a book with a cool flying saucer on the cover.

I’ve read all five of the Dragon Age novels and liked them well enough. I’ll probably be reading at least some of the Mass Effect novels sooner rather than later (I’ve heard good things about the Drew K. ones, but will be skipping the William Dietz), and will be _fascinated_ to read N.K. Jemisin’s forthcoming Mass Effect novel.

I think that if I would’ve been four or five years younger, I would’ve slurped up all of the Forgotten Realms and DragonLance novels with a straw; as it was, they always _sounded_ like exactly the sorts of books I want to read, but the ones I did read never quite lived up to the promise.

And my favorite of Alan Dean Foster’s Star Trek novelizations was BEM, of which about the first third was the actual episode, and the remainder was a wholly-original expansion.

And at the risk of repeating myself, I’ve read & enjoyed some Warhammer novels and would probably be happy to read more of them if they made it easier to get them onto my Kindle — they’re currently only available directly on the Black Library website, and the pricing is … not competitive.

To be fair Alan Dean Foster’s novelization of Star Wars and Splinter of the Mind’s Eye (not a tie-in) got me into reading when I was 12. I probably read Star Wars 7 times before the movie was released.

On the other hand, I tried reading Eisenhorn because everyone just raves about it. I got half way through the first book in the omnibus and gave up. I’ll come back to it someday, but I think having an understanding of the Warhammer universe through the game helps a lot. I had no idea what was going on most of the time.