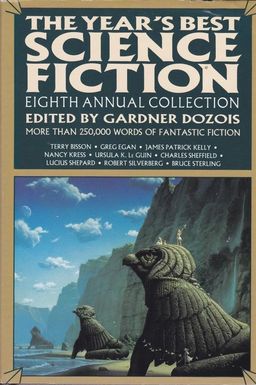 SF Signal editor John DeNardo has been writing some fine articles for Kirkus Reviews recently — like February’s Speculative Fiction Books You Can’t Miss, and The Best of the Best of 2015. I’ve been browsing through some of his earlier articles, and particularly enjoying his 6-part series on How to Start Reading Science Fiction from 2011. Here’s a snippet from Part 4: Short Stories, which packs in some terrific recommendations for SF readers old and new.

Just like snacks, SF/F anthologies — collections of stories by a variety of authors — come in an assortment of flavors.