The Best of Robert Bloch (1977) was the thirteenth installment in Lester Del Rey’s Classic Science Fiction Series. Lester Del Rey himself gives the introduction to this volume. Paul Alexander (1937–) does his first cover for the series, a very lively one based upon Bloch’s folktale “That Hell-bound Train.” The afterword was by Robert Bloch (1917–1994) himself.

When John O’Neill began first doing posts on some of these Del Rey editions a few years ago, the one that most intrigued me was his post on this Bloch volume. I was of course familiar with Bloch as the author of Psycho (1959), which was famously made into the Alfred Hitchcock movie of the same name in 1960. I also knew that Bloch was part of the vaunted “Lovecraft Circle,” having exchanged letters as a young author with famed weird author H. P. Lovecraft, even having the honor of becoming a protagonist/victim, named “Robert Blake,” in one of Lovecraft’s tales: “The Haunter of the Dark” (1936).

But I hadn’t really read that much of Bloch. But buying The Best of Robert Bloch soon fixed that.

Like most writers who cut their teeth on the early pulps, Bloch wrote widely and in various genres. Most pulp writers, in order to make anything close to approaching a living, had to be able to write everything from sci-fi to suspense thrillers. Bloch did as well. But given his association with Lovecraft, and his fame in connection with Psycho, I would’ve thought that The Best of Robert Bloch would tend to focus more on horror, or horror-related themes. And there was much here that fits with that genre.

“Yours Truly, Jack the Ripper,” a tale focusing upon the famous serial killer, is clearly in this vein and one of Bloch’s most anthologized stories. This is curious and creepy little tale with a twist ending, something Bloch tends to enjoy. Also in the horror vein is “Enoch,” a fairly ingenious possession story with a chilling feel throughout. Bloch does a great job of playing on the demon-possession theme, but in a less conventional way. The first time I read through The Best of Robert Bloch, this was my favorite story.

I also appreciated the little horror tale “Catnip.” I had actually first experienced this story as an episode on a very short-lived horror anthology show back in my middle school days (1981–1982). The show was called Darkroom, with James Coburn as the Rod Sterling-like narrator/host. “Catnip” focuses upon Ronnie a punk biker-type who ends up crossing paths with an apparent witch and her familiar. Ronnie tries to dispose of both, but, evidently unsuccessfully. The story ends with Ronnie’s mother calling up to Ronnie without answer. She playfully asks, “Has the cat got your tongue?” I let your imagination fill in the rest. 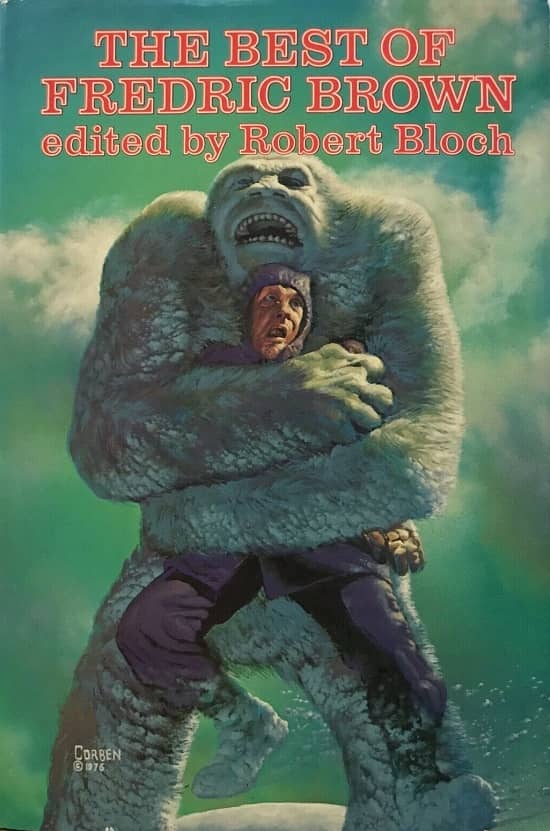 The creepiest tale by far in The Best of Robert Bloch is “The Hungry House,” a modern haunted house story. I think haunted house stories are difficult to pull off. But this one is right up there with Shirley Jackson’s The Haunting of Hill House. One of the most chilling scenes takes place during a cocktail party. A crowded room would push away any fear of ghosts, right? Check out this scene:

[Mrs. Hacker] had passed out, somebody mumbled something about a doctor, and somebody else said no, never mind, she’ll be all right in a minute, and somebody else said well, I think we’d better be getting along. For the first time everybody seemed to be aware of the old house and the darkness, and the way the floors creaked and the windows rattled and the shutters banged. Everyone was suddenly sober, solicitous, and extremely anxious to leave. (p. 67)

Several other tales have some horror-elements as well, but probably fit better with sci-fi, fantasy, or even fairy- or folktale. “That Hell-bound Train,” the winner of the 1959 Hugo Award for best short story, fits this latter genre. It’s a sort of classic folk setup of the devil attempting to barter for the protagonist’s, Martin’s, soul. The devil happens to show up as a conductor on a train though headed for — you guessed it — Hell. Like most characters in such stories, Martin thinks he can outwit the devil, and the reader does so as well, for awhile. The ending comes as no surprise, but the means by which the devil gets him is a bit of a surprise. The tale ends with a moral of sorts about how to live one’s life.

Many of Bloch’s stories in The Best of Robert Bloch are actually sort of moral tales or have moral lessons or warning. Many of his characters have failings and vices that catch up with them in the end. Such tales tend have a reassuring ring of the balances being righted; but some of his other tales are a bit more ambiguous and despairing. 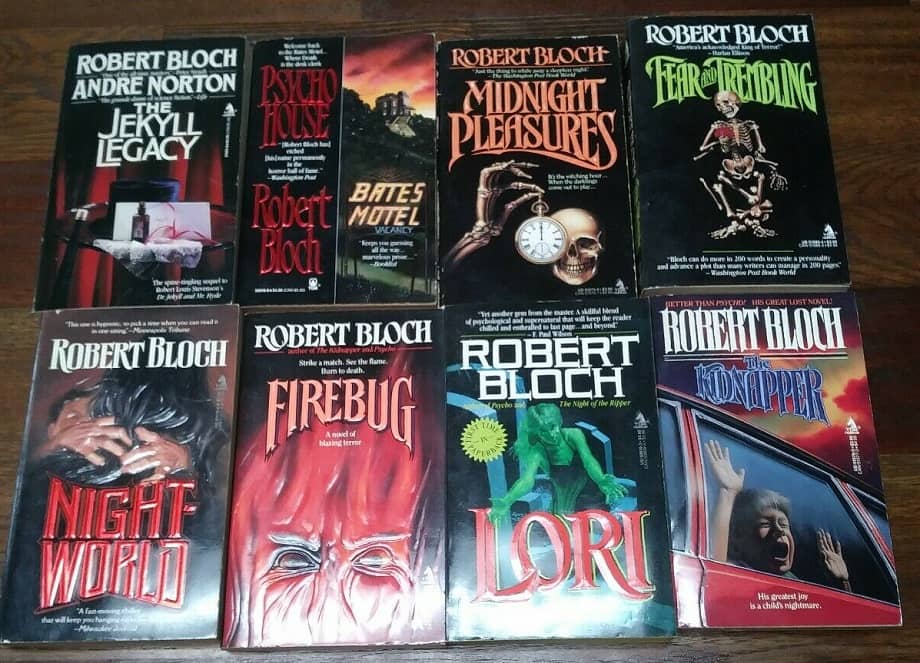 For example, “The Funnel of God” is a bit of a psychedelic trip. Take this excerpt:

Harvey’s mouth opened, swallowing the universe in a soundless scream. He could not follow… grow into godhead. He could not go back to an Earth which no longer existed. He could only scream, and merge into a swirling nothingness, a funnel that engulfed him without an end… (p. 317)

Though Bloch is primarily remembered as a horror author today, The Best of Robert Bloch shows a wide range of talent that was clearly honed in the grist of the pulp days. Like several of these Del Rey “Best ofs,” Bloch’s work represents a bygone era, but there is much to savor and experience from the pen of this great pulpster. I recommend The Best of Robert Bloch. 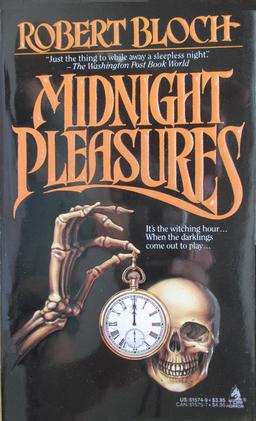 Our previous articles on Robert Bloch include:

You’re absolutely correct, of course! Totally my fault, not James’, for labeling the image incorrectly. The editor responsible has been sacked!

The Del Rey Books companion volume SUCH STUFF AS SCREAMS ARE MADE OF (1978) was essentially the best-of Bloch’s horror and suspense short stories, as a selection, that was meant to make up for the relative lack of that fiction in favor of his fantasy and sf in THE BEST OF volume.

And, I’l make this the Last Picked Nit, the title of the Hugo-winner isn’t “The” so much as “That Hell-Bound Train”…

You are absolutely correct, sir! We managed to get it wrong three times in one article, and neither James nor I caught the error. Sharp eyes!

Thanks also for the link for SUCH STUFF AS SCREAMS ARE MADE OF. I bought that book years ago… it’s probably well past time to read it!