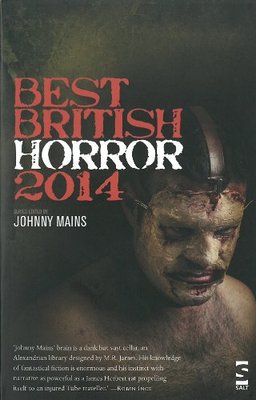 Starting in May we’ll see no less than eleven volumes collecting the best short fiction of last year, beginning with Jonathan Strahan’s Best Science Fiction and Fantasy of the Year: Volume Nine (released May 12), and ending in October with the release of the latest volume in Stephen Jones’ long-running Mammoth Book of Best New Horror. We’ve showcased eight as Future Treasures in just the last few months (click on the links below for details on each.)

After 18 volumes, we lost David’s Hartwell’s Year’s Best SF in 2014 — a major loss– but we’ve added three to the list this year: the Afsharirad, Adams, and Paula Guran’s Best Novellas book. (And Year’s Best Weird Fiction just started up in 2014). I don’t remember any time in the history of the genre when we had this many Year’s Best volumes; certainly there’s been no time when I’ve looked forward with anticipation to nearly so many. I take it as a sign that there’s still a very healthy interest in short fiction in this market. Stay tuned over the next six months, and we’ll bring you additional details as they hit the market.

[…] week I wrote a brief Future Treasures piece on the upcoming crop of Year’s Best anthologies, Get Ready For 11 Best-of-the-Year Volumes, scheduled to be released in the next six months. I covered the big books in the pipeline, […]