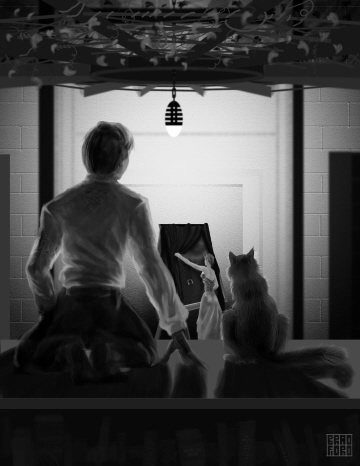 Coming in a close second was Robert Rhodes’s story of a time-traveling swordsman, “Devotion,” followed by Vera Nazarian’s tale of armies, gods and a city on the brink of collapse, “Niola’s Last Stand.” Also making the list were terrific stories by Michael Penkas, Howard Andrew Jones, Mary Catelli, Judith Berman, Joe Bonadonna, Jason E. Thummel, and many others.

If you haven’t sampled the adventure fantasy stories offered through our new Black Gate Online Fiction line, you’re missing out. Every week, we present an original short story or novella from the best writers in the industry, all completely free. Here are the Top Twenty most read stories in May:

We’ve got plenty more in the coming months — including the last section of Martha Wells’ novel The Death of the Nercomancer, a new Gallery Hunter tale from Aaron Bradford Starr, and new fiction from Mark Rigney, Jason E. Thummel, and many others — so stay tuned!

Wow — after 2 years, “Moonstones” is still up there! And now, the chapter excerpt from Waters of Darkness, as well? I want to thank everyone for making this happen, for making this such a great experience for me.

Congratulations Joe! Can fame and fortune be far behind??