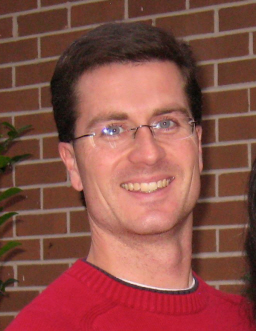 A resourceful swordsman find himself very far from home indeed, caught up in a sorcerous trap with a surprising twist.

Piran’s blood ran cold, and his vision dimmed. But the numbness passed like a chilling wave, and he cut down through the witch’s cloak. She screamed and crumpled to the ground.

On the bloodstained leaves of the forest, she seemed pitiful. A sunken cheek bore a sinuous brand, marking her not as a spy but as the slave — escaped? — of a lich-lord in the cruel South. Something glistened beside her gnarled fingers — an arc of silvery liquid spilling from a milkglass phial.

Piran closed his eyes and gave thanks. He’d struck before she finished her devilry. But only just, for his muscles ached with a strange weariness.

“She’s dead,” he said over his shoulder to Amara and Ferris. He grinned and reached for the phial.

Until he realized he was alone.

Robert Rhodes has appeared in Heroic Fantasy Quarterly and other markets. He was the author of the “20 Heroes in 2010” series at FantasyLiterature.com, and his essay “Servants of the Secret Fire: Why Fantasy & Science Fiction Matter” won second-place in Pyr’s fifth anniversary contest. Most recently, his story “The Dead Travel Silently” won first-place in the forthcoming Stealth: Challenge anthology from Rogue Blades Entertainment. He is an attorney who lives in Spartanburg, South Carolina, and prosecutes child and elder abuse cases.

“Devotion” is a complete 5,000-word tale of adventure fantasy offered at no cost.

[…] Rhodes, one of our retired reviewers, has a story up at Black Gate. Congratulations, […]