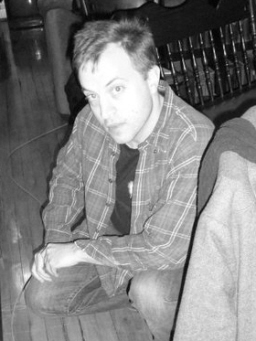 In which Moses learns the next 10 terrible plagues the Almighty had in store for the Pharaoh of Egypt.

And the Lord, sounding a little giddy, said unto Moses, “For the twelfth plague, I’d send rats.”

And Moses nodded, saying, “Yes, to grow fat on the grain of the Egyptians, to spread disease and gnaw at the foundations of Pharaoh’s kingdom.”

“Oh, not just regular rats. Winged rats. Here, I’ve got some concept drawings.” And the Lord produced his concept sketches of a winged and feathered rat.

“And then, after a week of that, the thirteenth plague… this would have been great. All the cats in Egypt would grow thumbs.”

And there was a silence as Moses tried to envision such an act. And he said unto the Lord, “I don’t get it, Lord. Why is that bad?”

“Because cats hate you. The only thing that prevents them from picking up daggers and stabbing you in your sleep is that they don’t have opposable thumbs.”

And Moses nodded, seeing no point in questioning the Lord’s reasons, for they were mysterious… and kind of crazy.

Michael Penkas has been the website editor for Black Gate since August of 2012. He’s had over a dozen stories published since 2007. While he tends to stay near to those things that go bump in the night, he’s occasionally delved into mystery, science fiction, and the odd humor piece. Long-time readers of Black Gate will know that he has more than a few opinions concerning a certain crazy redhead with a sword.

His acclaimed first collection, Dead Boys, was released this month.

“The Worst Was Yet to Come” is a complete 2,000-word tale of humorous fantasy offered at no cost.

[…] science fiction, and gonzo humor — as his upcoming story for Black Gate illustrates. ”The Worst Was Yet to Come,” a chilling retelling of Moses’s unexpected conversation with God immediately after […]

[…] of humor on display in his novel, try Michael’s chilling and hilarious biblical fantasy ”The Worst Was Yet to Come,” published right here at Black Gate. Mistress Bunny and the Cancelled Client was published on […]