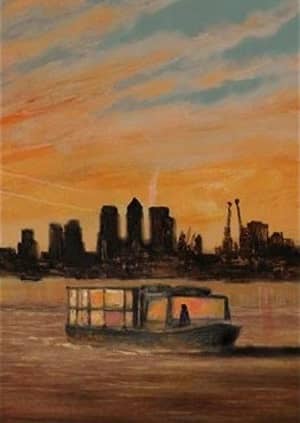 Following his previous, acclaimed Sarob Press collection In the City of Ghosts Michael Chislett provides another bunch of ghostly tales, mostly set in the fictional London borough of Milford and the suburb of Mabbs End. Five stories are brand new, whereas eight have previously appeared in genre magazines (especially the excellent Supernatural Tales).

Chislett has a knack for creating creepy urban atmospheres, depicting sinister encounters and eerie experiences. Although, in my opinion, not up to the level of his previous collection, the present volume confirms his ability to create elegantly written, disquieting stories.

Among my favorite pieces are: “In the Garden,” an unusual story of botanical horror, where an ordinary garden of a London suburban house becomes the venue for ancient pagan forces, “Downriver,” an atmospheric tale where a walk along the Thames turns into a veritable nightmare and “The Raggy Girl”, a modern, disturbing ghost story revolving around a frightening apparition among the ruins of an old apartment building now being demolished.

A couple of stories are actually taking place overseas, such as the gloomy “The Coast Guard” set on the Baltic shore, hosting strange foxes and other horrific creatures.

The two highlights of the book are  “Mara,” an excellent, dark tale of vampirism featuring a beautiful but deadly vixen and an equally dangerous gentleman, and the outstanding “Endor,”a powerful, intoxicating mix of witchcraft, eroticism and possession.

A warning to the potential reader: if you’re interested in this book hurry up and order a copy. As usual, Sarob Press volumes have a limited print run and become quickly unobtainable.

END_OF_DOCUMENT_TOKEN_TO_BE_REPLACED 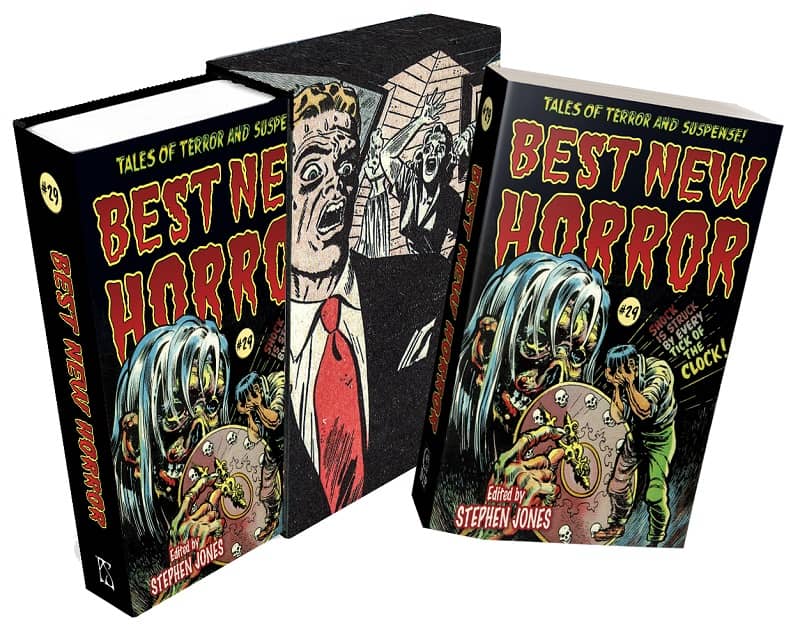 For twenty-nine years editor Stephen Jones has been selecting the best horror stories of the year. Usually the anthology appears around October; the latest volume, Best New Horror #29, is actually a bit late, being published in February 2019 but showcasing the best of 2017.

As customary the book also includes a comprehensive overview of the books and movies that appeared during the year, and the changes in the horror publishing world (including pertinent obituaries).

The current volume assembles twenty-one stories penned by some of the most acclaimed horror writers in the genre, addressing a variety of themes. One always wonders if the tales are really the best, and comparisons are often made with the choices of other anthologists compiling the year’s best horror stories.

I have long concluded that those are useless questions. With a few exceptions of outstanding quality, on which anyone can agree, at the end of the day  personal taste is what really counts. Therefore, following that same way of thinking, I’ll mention here the stories that I found the best in this particular anthology.

END_OF_DOCUMENT_TOKEN_TO_BE_REPLACED

Richard Chizmar (publisher, editor, author) is one of those writers that I define as “dependable,” meaning that you can count on him to deliver tales that are entertaining, thought provoking and extremely well written. And these features are particularly important for an author devoted to short stories, where time and space are short, and suspension of disbelief must be elicited from the very first sentence.

Chizmar’s latest collection The Long Way Home assembles twenty stories in which the reader meets the many faces of the darkness which surrounds our lives and lurks in the deep of our souls. Sometimes the topic is overtly horrific (a wild serial killer, for instance), sometimes more subtle and occasionally deceiving.

Good examples of the former are “Mischief,” a witty piece where a serial killer’s confession to a journalist leads to an unexpected development; “The Man Behind the Mask,” a tense story with a terrifying twist, about a mysterious Bogeyman abducting, raping and killing girls; and “Roses and Raindrops,” a tale of graphic horror, deeply unsettling and not for the squeamish.

END_OF_DOCUMENT_TOKEN_TO_BE_REPLACED 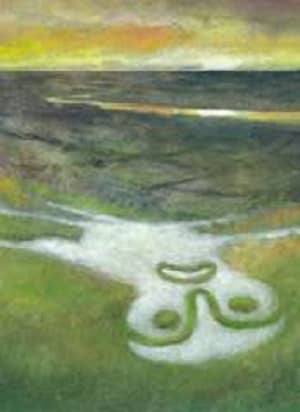 Arguably the major living expert on the body of work of Rev. Montague Rhodes James, the cult British author of classical “ghost” stories, Rosemary Pardoe has been the editor of the journals Ghosts & Scholars, The Ghosts & Scholars MR James Newsletter, and the three volumes of the anthology series The Ghost & Scholars Book of Shadow (Sarob Press).

Here’s yet another short story anthology by Pardoe, entitled A Ghosts & Scholars Book of Folk Horror.

Traditional folklore is the basis not only for a good portion of Jamesian stories, but of classic British horror in general, so the new anthology is consistent with Pardoe’s previous work in this area. It assembles seventeen tales, ten of which are reprinted from the journals mentioned above, and seven which are original to this anthology.

Let me tell you right away that, not surprisingly, the best contributions are to be found among the reprints, first of all the outstanding “Meeting Mr. Ketchum” by Michael Chislett. This superb, creepy tale, perfectly in keeping with the anthology’s theme, depicts how ancient horrors come back to terrify a couple of accidental tourists exploring a desolate landscape.

Other excellent offerings include “Where are the Bones..?” by Jacqueline Simpson, a delightful story featuring MR James himself, in which old legends cast a dark shadow on an innocent boy, and” The Walls” by Terry Lamsley, a very unusual tale of supernatural horror, describing the eerie trip taken by two men to find a friend lost in a deserted area near abandoned lead mines that hide unfathomable secrets. Lamsley’s recent disappearance from the British horror scene is still sorely lamented.

The book features also some very conventional yet effective ghost stories such as CE Ward’s “The Spinney” and Kay Fletcher’s “The Peewold Amphisbaena,” both quite enjoyable and well worth reading. The same applies to “Loreley” by Carol Tyrrell, an offbeat tale portraying a case of unconventional vampirism.

END_OF_DOCUMENT_TOKEN_TO_BE_REPLACED

Canadian writer Simon Strantzas is a talented and successful author of dark fiction, whose short stories have been favorably received by both readers and critics. Nothing is Everything, his fifth collection, assembles nine stories (five reprints and four originals), plus a new novella “All Reality Blossoms in Flames.”

The novella just didn’t work for me. Maybe because, as a short story lover, my suspension of disbelief isn’t built for that length, especially when, as is the case here, the plot seems to drag on without any substantial development. But this might be an unfair assessment on my part, and other readers may well enjoy it.

Being more at ease with tales of standard length, I’d like to mention four stories which struck me as particularly accomplished.

“In This Twilight” is a fine, introspective piece featuring a young woman haunted by a tragic memory from her past, who, driving back to her hometown on a bus, finds a glimpse of hope for a better future.