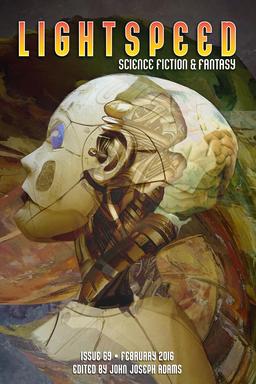 Editor John Joseph Adams talks about his latest big project in his editorial this month.

We’re currently in the midst of crowdfunding our next Destroy project. In 2014, we asked women to destroy science fiction, and they did — spectacularly — in our first crowdfunded, all-women special issue, Women Destroy Science Fiction!. Then, in 2015, we asked queers to destroy science fiction, they did — again, spectacularly — in Queers Destroy Science Fiction!

We launched our Kickstarter campaign on January 18 and surpassed our original goal in just a manner of hours. Our first day’s totals surpassed that of QDSF and WDSF, and as I write this (on the evening of January 31), we’re currently at nearly $26K (518% of our original goal). Thanks so much to all of you who have supported the project thus far!

The kickstarter wrapped up on February 18, blowing through virtually all of the stretch goals and raising $51,734. I’m looking forward to seeing these special issues of Lightspeed and, just as we always have, we’ll report on them here.

This month Lightspeed has original fantasy from Black Gate author Jeremiah Tolbert (author of “Groob’s Stupid Grubs,” in BG 15) and Karin Tidbeck, and fantasy reprints by Rachel Swirsky and Christopher Barzak, plus original SF by Rachael K. Jones and Sarah Pinsker, and SF reprints by Samuel Peralta and Paul McAuley.

All that plus their usual author spotlights, an interview with N.K. Jemisin, book reviews by Sunil Patel, and the launch of a new media review column. eBook readers get a bonus reprint of Brenda W. Clough’s novella “May Be Some Time,” and an excerpt from V.E. Schwab’s new novel A Gathering of Shadows.

Here’s the complete fiction contents for the February issue.

“Not by Wardrobe, Tornado, or Looking Glass” by Jeremiah Tolbert
The scent of fresh lilacs and the boom of a cannon shot muffled by distance prefaced the arrival of the rabbit hole. Louisa jerked upright in her seat, and her book fell from her lap to slap against the cold pavement of the station floor. Dropping a book would normally cause her to cringe, but instead she allowed herself a spark of excitement as a metal maintenance door creaked open on rusty hinges. Golden light spilled out onto dazed commuters. Was this it? Was this finally it?

“Starfish” by Karin Tidbeck
On the third day of the sightseeing trip, among walrus-laden icebergs, they run into slurry. At the fore, Skipper sticks a boat hook into the water. “There are plenty of critters here,” he says. “It’s like playing grab bag. You’ll always catch something on the hook.” He thrusts the boat hook up and down a couple of times, stirs it in the slush, and pulls it out again. A transparent little rag is impaled on the tip.

“Monstrous Embrace” by Rachel Swirsky (from Subterranean: Tales of Dark Fantasy, 2008)
I am ugliness in body and bone, breath and heartbeat. I am muddy rocks and jagged scars snaking across salt-sown fields. I am insect larvae wriggling inside the great dead beasts into which they were born. Too, I am the hanks of dead flesh rotting. I am the ungrateful child’s sneer, the plague sore bursting, the swing of shadow beneath the gallows rope. Ugliness is my hands, my feet, my fingernails. Ugliness is my gaze, boring into you like a worm into rotting fruit.

“Map of Seventeen” by Christopher Barzak (from The Beastly Bride and Other Tales of the Animal People, 2010)
Everyone has secrets. Even me. We carry them with us like contraband, always swaddled in some sort of camouflage we’ve concocted to hide the parts of ourselves the rest of the world is better off not knowing. I’d write what I’m thinking in a diary if I could believe others would stay out of those pages, but in a house like this there’s no such thing as privacy. If you’re going to keep secrets, you have to learn to write them down inside your own heart. 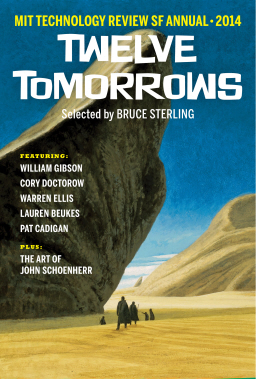 “Sooner or Later Everything Falls Into the Sea” by Sarah Pinsker
The rock star washed ashore at high tide. Earlier in the day, Bay had seen something bobbing far out in the water. Remnant of a rowboat, perhaps, or something better. She waited until the tide ebbed, checked her traps and tidal pools among the rocks before walking toward the inlet where debris usually beached. All kinds of things washed up if Bay waited long enough.

“Hereafter” by Samuel Peralta (from Synchronic: 13 Tales of Time Travel, 2014)
September 15, 2006 : That autumn she’s back in Toronto, staying at her mom’s place, before deployment. At Queen’s Quay Terminal, her two girlfriends go inside to grab a coffee, to stave off the late afternoon chill. She stays outside to check in, but the phone at her mom’s rings four, five, six times, and she flips her phone closed before it goes to voice mail. There’s a soft crush of wind, and she hugs herself in her jacket. Time for that coffee.

“Transitional Forms” by Paul McAuley (from Twelve Tomorrows, 2013)
At night, the hot zone was patched with drifts of soft pastel light. Violets and indigos; dark reds, translucent greens. Jellyfish genes for luminescence had been used as markers for tweaks in the first genetically modified organisms, and that tradition had been adopted by alife hackers. The colours were tags, territorial claims that pulsed and twinkled like spring blossom in an alien and verdant land.

The cover artist this issue is Elizabeth Leggett (click the image for a bigger version).

“Charlotte Incorporated” sneaks in through your sense of humor — which it will gratify — and then uncoils its lovely ganglia. Charlotte yearns for meaningful work, individual expression, and a fair shake in a world where people like her live in indentured servitude and obvious, formalized second-class citizenship. It’s not her fault she happens to be a brain in a jar. Turns out she’s more noble and more committed to dignity and compassion than you’ve ever expected a brain in a jar to be.

Thanks for the min-review, Sarah! You should write short story reviews for us. 🙂

In my copious free time. Well, my 8-year-old is trying to invent a housecleaning robot so we can all have more time to do stuff we enjoy, and artificial telomeres so everybody can live forever and nobody will ever get cancer. If his plans pan out, I will certainly take up writing short story reviews. 🙂