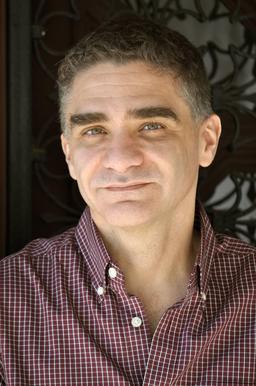 Our Pro-Tip author this week is Carlos Hernandez. Full disclosure: I got an uncorrected proof reading copy of his short story collection, The Assimilated Cuban’s Guide to Quantum Santeria, (which has been described as 12 stories of fantasy, science fiction, interstitial weirdness, and a few boldface lies), this past summer at the Nebula Awards weekend.

I gobbled that book down, and promptly made one of the stories, “More Than Pigs and Rosaries Can Give” part of the reading curriculum for the Advanced Fantasy Writing course I teach at Columbia College – Chicago. The story, synopsized by Carlos thusly: “A Cuban expatriate travels to Cuba and hires a local historian to suck the ghost of his mother out of the bullet hole where she was shot at the dawn of the Revolution,” is part history, part magical realism, and in equal parts an admonishment to be brave and dare to step off into that adventure, no matter how scary that first step may be.

Columbia College is very diverse economically, socially, ethnically, and in gender/sexuality identities. I encourage /p/u/s/h/ my students to explore stories, settings, characters, and themes beyond white knight in a generic Medieval European land rescues princess from dragon. We’ve all read that, wrote our own fan-fic, bought the “knights are crunchy and good with ketchup” T-shirt and wore it out. It’s past time for new kinds of fantasy stories.

And that is exactly what Carlos gives us in his first collection. That marvelous title, once again, is The Assimilated Cuban’s Guide to Quantum Santeria, and it’s due out at the end of January 2016 from Rosarium.

A Few Words on Structure, Point of View, and Discovery 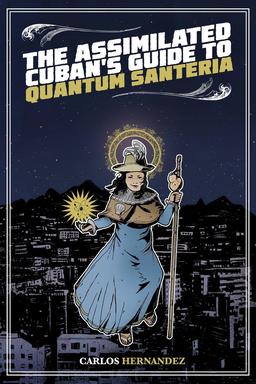 I once told Delia Sherman that one of the great pleasures of reading her work is the same pleasure I would have purchasing an antique grandfather clock. Maybe I bought the clock because it is gorgeously carved and imbued with history, but then I am delighted to discover over a period of months that it keeps perfect time.

“Perfect time” in that conceit is structure, the mechanics of storytelling. It is, to my mind, the absolute hardest aspect of writing. I can write a funny line or a mordant or trenchant one, but how many of those may I keep and still preserve the pace and measure of the whole? It’s an impossible question to answer in advance of writing, and maybe just plain impossible.

What helps me the most when I am seeking the structure of a story is thinking about the work-ethic of professional photographers. Photographers (sometimes, not always) set up their shots, place their cameras on tripods, measure light. But even after all of that planning, they take many, many photos.

The idea is not to keep every shot: just a few, or maybe one. The excess breeds discovery. A shot that ultimately fails may have a small, fine quality missing from every other, and that may inspire a new shoot or editing later to include it in better photos. That small, fine quality may very well be better than anything I had planned in advance.

This is why I rewrite and rewrite. It benefits me to think of the story I am telling as a landscape outside of myself that I am photographing. I can move around that landscape, capture it close up or from a distance, from a thousand angles, during different times of day or night. From all these snapshots I’ll see if there are a few worth keeping.

And then I photoshop the shit out of them.

By day, Carlos Hernandez is a CUNY Associate Professor of English at BMCC/CUNY and a member of the CUNY Graduate Center’s Doctoral Faculty. He’s published over 30 works of sff – mostly short stories, but poems and drama as well – in places such as Interzone, Crossed Genres, Strange Horizons, Clockwork Phoenix 5, and Geek Theater: 12 Plays by Science Fiction and Fantasy Masters. 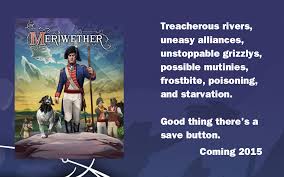 Carlos has a keen interest in emerging narrative forms and procedural storytelling, and has served as the lead writer and a game designer on Meriwether, a computer roleplaying game about the Lewis and Clark expedition, currently in beta.

He promises to have a better-fleshed-out website at www.quantumsanteria.com soon.

If you’ve enjoyed this article, you might check out some of the articles in the Pro-Tip Series:

Laura Anne Gilman: How to Solve Writer’s Block
Lawrence Watt-Evans: I Wish I’d Known This When I Started Writing
Karen Taylor: To Outline or Not to Outline?
Paul Dale Anderson 1: Ideas & Improving My Writing
Paul Dale Anderson 2: Beginnings, Endings, Self-editing and Other Craft Problems
Cat Rambo: Finding the Right Starting Point
Alyssa Wong: When is a Piece Ready to Send Out?
Martin Mundt: To Outline or Not to Outline?
Theodora Goss: Writing in More Than One Medium or Genre
Elizabeth Massie: How to Get Unstuck and Solve Writer’s Block
Gemma Files: Plot vs. Character
Season’s Greetings: Some Recommendations To Warm Your Cold Cockles
Craig Shaw Gardner: Critique Groups and First Readers
Lucienne Diver: Plot vs. Character