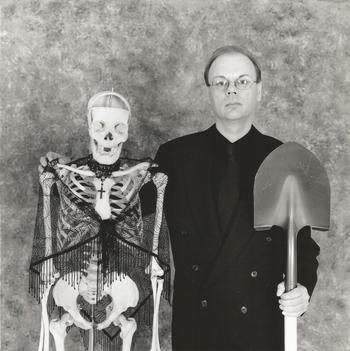 This week’s Pro-Tip comes from Martin Mundt, who has a cult following among attendees of live readings series in Chicago, and fans of dark, twisted, humorous horror. His third short story collection, Synchronized Sleepwalking, has just come out.

To Outline or Not to Outline — What Works for You?

I don’t know if I approach the concept of outlining a story in the same way as anyone else. I start with an idea, and then I begin brainstorming about it, coming up with scenes, characters, dialogue and descriptions that seem appropriate. These can be anywhere from one sentence to one page long. Somewhere along the line of writing down these bits and pieces of the story – whether they’re bits and pieces I end up using or not – I end up figuring out the story and the characters. I normally end up with between 4 and 20 pages of notes, and I usually get the opening and closing scenes near the beginning of the process. The bulk, but not all, of the scenes, in the middle of the story, come later. Then I arrange the scenes in order, and fit them all together from beginning to end.

So, it’s not an outline actually, but it’s the way I’ve always written stories, and probably one of the reasons my stories sound a little off. For good or bad, I can’t say. 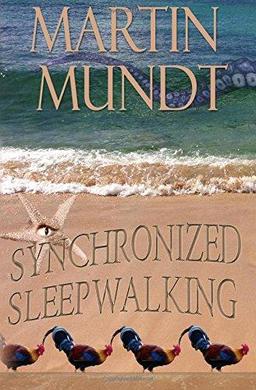 Martin Mundt’s new collection, Synchronized Sleepwalking, was just released in October. He has one published novel, Reanimated Americans (Creeping Hemlock Press), and two previous collections of short stories, The Crawling Abattoir and The Dark Underbelly of Hymns, (originally from Twilight Tales and Delirium press) which are now both available from Dark Arts Books and Amazon. His novella, The Cranston Gibberer, was published by Bad Moon Books.

Seven of his short stories have received Honorable Mention in The Year’s Best Fantasy and Horror anthologies. He lives in Skokie, Illinois, and can be found in the glittering caves of cyberspace at www.martinmundt.com and on Facebook (www.facebook.com/martin.mundt.5) and Twitter (www.twitter.com/MartinMundt1).

Laura Anne Gilman: What do you do to get unstuck and solve writer’s block?
Lawrence Watt-Evans: What do you know now that you wish you had known when you started writing/ publishing?
Karen Taylor: To outline or not to outline?
Paul Dale Anderson 1: Ideas & Improving My Writing
Paul Dale Anderson 2: Beginnings, Endings, Self-editing and other craft problems
Cat Rambo: Finding the Right Starting Point
Alyssa Wong: When is a Piece Ready to Send Out?