For our Pro Tip this week, we’ve got the second of what will be several installments from the prolific and generous Paul Dale Anderson, who answered all the questions on our list.

Chicagoans will have a chance to hear the Rockford native this Wednesday, when he’s the featured reader at the Gumbo Fiction Salon reading series. (Details on the event are at the end of the article.)

Paul has written across a variety of media and genres for more than twenty years and all across the spectrum of commercial fiction, including romance, westerns, science fiction, erotica, and especially horror. He’s written a huge amount of non-fiction for television, radio, newspapers, and academic journals, along with poetry and book reviews.

His latest novels are Darkness (2AM Publications, 2015), Abandoned (Eldritch Press, 2015), and Axes to Grind (Crossroad Press, 2015). He has new short stories coming out this fall at The Horror Zine magazine, Weirdbook 31, and Pulp Adventures 18.

To Outline or Not to Outline – What Works For You?

I outline only after the work is complete in manuscript. I let my characters tell their own story and each work writes itself. Then I write an outline, synopsis, elevator speech, and what I want to see as jacket copy. If I try to do that first, the story loses momentum. I put all of my creative energy into the story. Everything else is foo-foo.

Plot vs. Character – What’s Your Opinion? 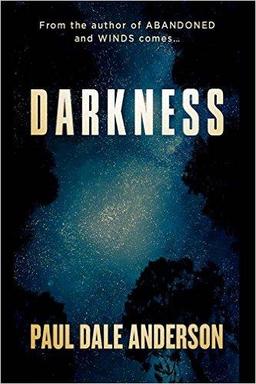 Character first. Plot always follows character. People act and react according to their natures and nurtures.

I have trouble finding the right starting point for my story. Got any suggestions?

Begin in the middle with the hero hip-deep in alligators. If you start at the beginning, throw away the first pages and fill the reader in later with backstory.

I Can’t Seem to Get the ending Right. What Should I Keep in Mind?

You need to begin and end with a punch-line, something that will knock the reader off his or her chair.

Do You Have Any Advice on Self-editing?

Be merciless. Be brutal. Cut all unnecessary words. Let your dialog do the talking for you. Shoot for 97 percent dialog, 2 percent action, and 1 percent description. It might not happen, but it’s a worthy goal.

You can find out more about Paul at his website:

You can find the first of Paul’s Pro-Tips here:

And the other authors in the Pro-Tips series:

Laura Anne Gilman: What do you do to get unstuck and solve writer’s block?
Lawrence Watt-Evans: What do you know now that you wish you had known when you started writing/ publishing?
Karen Taylor: To outline or not to outline?