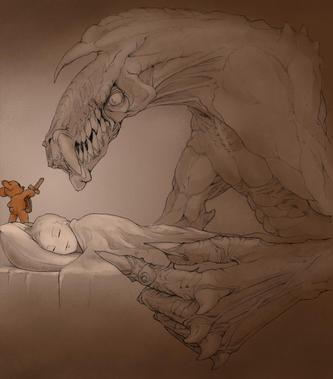 Virtually anyone who writes dark fantasy, horror, thrillers, or any other type of fiction with violent or disturbing subjects, sooner or later gets asked the question, “How do you write that kind of stuff?” While it may be couched as a question, it usually sounds like and is intended to be a moral judgement along the lines of, “That’s awful stuff, and only awful, dangerous, twisted people write that stuff (or so I believe), and I don’t think you’re awful, so please don’t write it anymore – you’re making me uncomfortable.”

However, that same question can be asked as a no-judgement, sincere query, one writer to another. That’s what happened when my Advanced Fantasy Writing class was doing a Q & A via Skype with Laura Anne Gilman, a Nebula nominated author, prolific novelist, and former NYC editor a few weeks ago. One of my students asked a really good question: “If you’re writing something really dark, and have to go to a really disturbing emotional place to do it; how do you get out of that headspace when you’re done?” 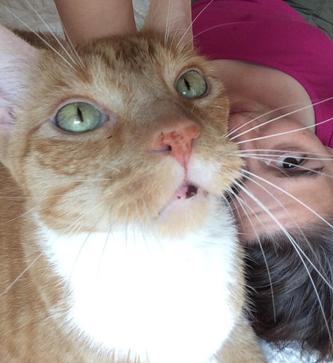 Laura Anne gave a really good answer. “Fur therapy. I have two cats. I can usually get one of them to cuddle. If you have a dog, that works, too. If you don’t have a pet, a teddy bear or stuffed animal works almost as well. There is something soothing about stroking your hand through fur.” 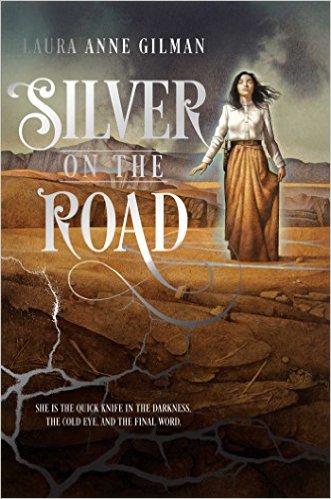 For more good advice from Laura Anne, check out her entry in my Pro-Tip series, or her non-fiction book Practical Meerkat’s 52 Bits of Useful Info for Young (and Old) Writers. And be sure to check out her latest novel, Silver On the Road, which is getting picked for numerous “Best of the Year” lists.

The question the student raised has continued to intrigue me, so I introduced the topic on my Facebook page and invited several dark fantasy, horror, and thriller writers to weigh in on the issue. 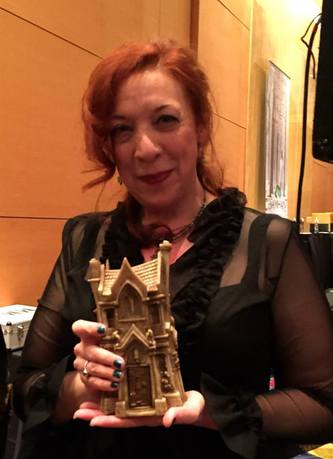 “I get out of my head as much as possible and connect with people I love and who love me. I had to do that lots with Mr. Wicker, which deals with suicide.” 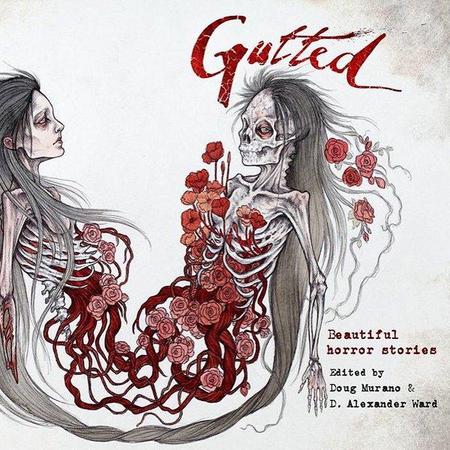 “I have a story coming out in Gutted: Beautiful Horror Stories called ‘Hey, Little Sister’. That’s another one where I had to reach out to a good friend both during the writing and after.” 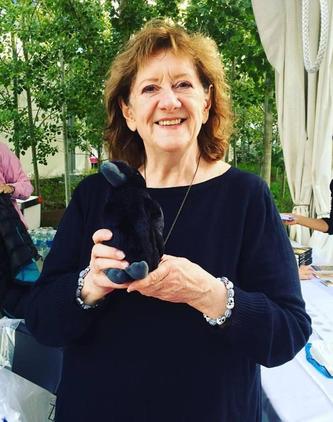 “I rarely go to anyplace ‘too dark’ in my writing. More, I’d say the ‘too dark’ is sometimes in dreams that I have a hard time with when I wake, because they are utterly disturbing. But oddly, more times than I can count, the dream gives me a nugget that filters into my writing. That happened last night. I dreamed a friend went missing. I awoke full of emotion about this: worry, fear, guilt, even terror that something awful happened – she just disappeared and no one had seen her. It took a while to move away from that and get involved with my regularly-scheduled life. But, more or less having ‘forgotten’ the dream (after much mulling it over in my mind), it suddenly came roaring back at me out of the blue this afternoon and I instantly realized that this was exactly the piece I needed for the story I am currently working on. When I bring that darkness into a story, it is no longer so personal for me.” 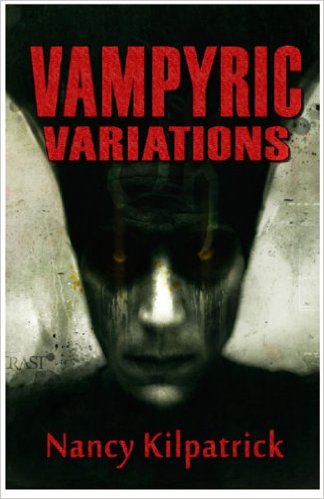 The fifth short story collection from this prolific, multi-award-nominated, Canadian, horror author is Vampyric Variations, which is available in book or ebook form on Amazon and in print in stores. 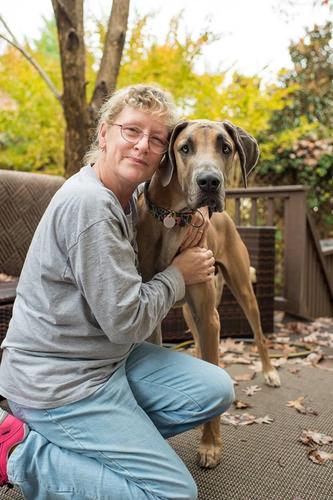 “I’m generally good at coming out of a character’s emotional space. My brain seems to know that no matter how emotionally close I am to what’s happening (because an author always puts her own experiences onto characters now and then), I’ve dealt with and moved past that experience. When I’m really into a scene, I tend to fade out on what’s around me – all I’m doing is watching the character and relaying what’s going on. Maybe that’s the secret – although I love the character(s), I’m watching it happen to ‘someone else.'” 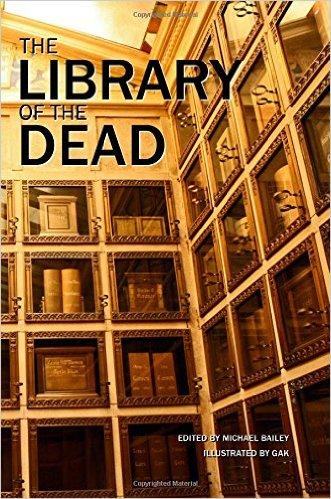 The author of more than 20 novels, including media tie-ins for Buffy, Aliens, Hellboy, and Ultraviolet, her story “Those Who Shall Never be Named” can be found in The Library of the Dead anthology, released April 2015 by Dark Regions Press. 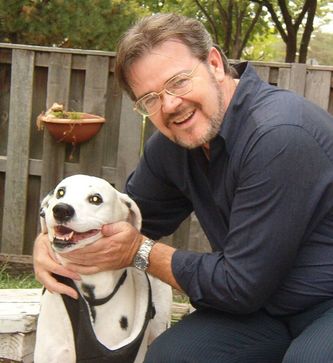 “It sounds a lot clichéd but we horror and serial killer novelists stare into the abyss and the abyss stares back. The more we delve into the darkest side of human nature, the human condition, the more we see the monster within. We often frighten ourselves. Being connected to some loved ones or pets or both, seeking out the side of life that is bright afterwards is a must.” 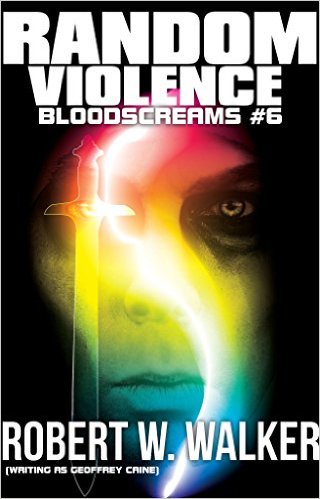 “I did a book last summer entitled Random Violence (sixth in the Bloodscreams series), and I had to go into many dark corners and holes for this title. This title left me drained emotionally and actually depressed, and yet I believed it was a story that had to be told, begged to be told. I could not shirk away while working on it, but afterwards, it affected me more than any of the many dark novels I have done. I took a lot of time off, went on a vacation with my family, and still I was in a dark place personally. It took time and a prescription to sleep better. I felt it a lofty goal to get this book down and done, but yes it left me down and done, as well. Due to the subject matter, I believe it is my darkest title, and yet my most hopeful. Strange bedfellows: Hope and Horror. But in the end, I had to hold onto the hope.” 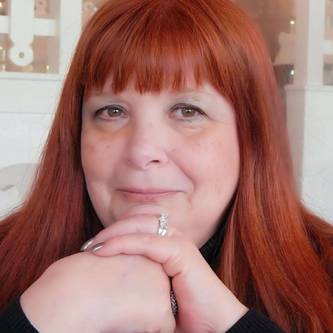 “Since I almost always write in first person, I tend to fall easily into my characters’ minds so I also tend to dwell in those dark places. Starting another project helps, as does getting up from the keyboard and doing something else. I find that crafting things with my hands works best for me, so I make candles, or knit, or do plaster molds. It occupies my mind with shiny things, and since I’m easily distracted, I’m good.” (Her skull candles adorn many a-horror writer’s desk.) 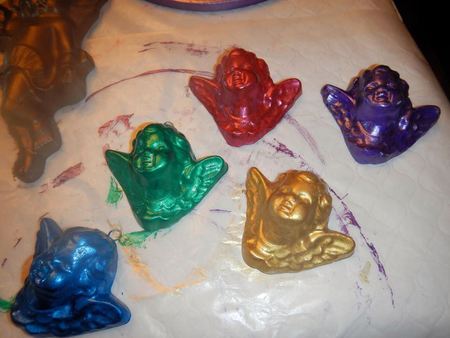 Karen is perhaps best known for her The Vampire Legacy novel series, or her short story “Romeo Falling: A Dinosaur Romance.” She is also the author of Cellar and Mexican Moon and Other Stories. “I have a collection of 5 erotic/horror stories coming out on February 14th, 2016 called Love and Monsters. (All  of which are pretty dark…)” 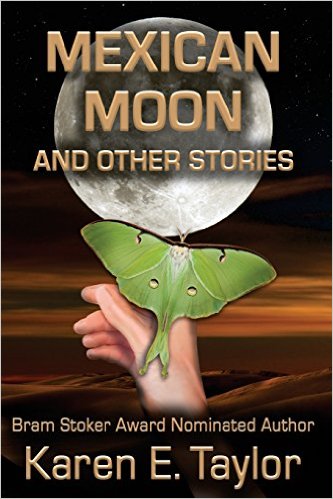 You can also check out Karen’s Pro-Tip article here. 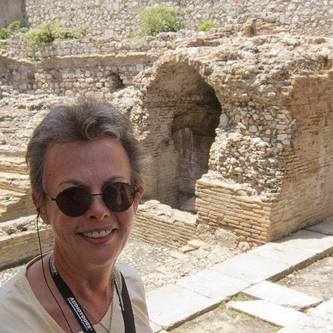 “I’m in a dark place, afraid of something, before I write. The story is my way of expelling the fear. The writing itself is how I get back into a normal mental state. Strange, the differences in the way writers work.” 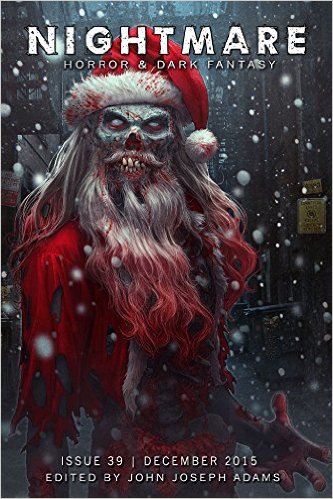 Nancy writes science fiction, fantasy, horror, and YA, and has won three Bram Stoker Awards (two for children’s horror), a Golden Duck Award for excellence in children’s science fiction, and an International Horror Guild Award. She says, “‘Honey in the Wound’ was reprinted in the December 2015 issue of Nightmare. That story won an International Horror Award. Alas poor IHG, we knew ye well. Or serious fans could go to Korea to get the latest translation of The Power of Un.” 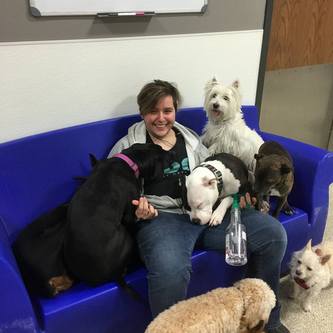 A recent Columbia College graduate, who was a popular performer at some of the Chicago reading series while he was in school, says, “My take is somewhat similar to Nancy’s [Etchemendy]. I’m already in a dark place, and my first draft is just purging all that bad feeling onto the page. Afterwards there’s a little bit of numbness, but nothing that can’t be solved with a good walk in nature, or chatting with a close friend who shares in my sadistic writing urges. Revising can be a bit harder, because you have to keep the sinister undertone, but make it a lot prettier and (sometimes) grittier. My kind of therapy after that is always playing with my dog.”

As for me, your blogger: I’ve just sold a novella that is a feminist retelling of “The Bride of Frankenstein,” called “The Patchwork Woman.” It’ll be out in the anthology Gaslight Ghouls, later this year. I had to go to some very dark places to write about the sexual violence that is the heart of the story.

I’ve always been a huge proponent of fur therapy – be that your own pet, the neighbor’s pet, or the dog being walked on the block. Teddy bears are also good – again, your own, or ones found in any store from Walgreens to F.A.O. Schwarz. But for me, fur therapy isn’t just something to do after you’ve written something dark. I’m a big believer in fur therapy before, during, and after writing. Here’s me and my old writing partner, Boo, writing at the now-defunct Bistro on the Lake. 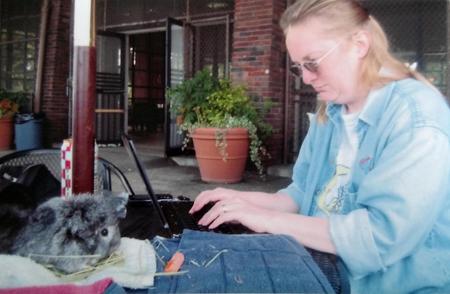 If you’ve enjoyed this article, you might check out some of the articles in my Pro-Tip Series:

Laura Anne Gilman: How to Solve Writer’s Block
Lawrence Watt-Evans: I Wish I’d Known This When I Started Writing
Karen Taylor: To Outline or Not to Outline?
Paul Dale Anderson 1: Ideas & Improving My Writing
Paul Dale Anderson 2: Beginnings, Endings, Self-editing and Other Craft Problems
Cat Rambo: Finding the Right Starting Point
Alyssa Wong: When is a Piece Ready to Send Out?
Martin Mundt: To Outline or Not to Outline?
Theodora Goss: Writing in More Than One Medium or Genre
Elizabeth Massie: How to Get Unstuck and Solve Writer’s Block
Gemma Files: Plot vs. Character
Season’s Greetings: Some Recommendations To Warm Your Cold Cockles
Craig Shaw Gardner: Critique Groups and First Readers