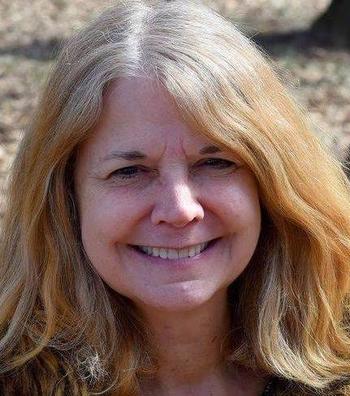 What Do You Do to Get Unstuck and Solve Writer’s Block?

Some people believe there is no such thing as writer’s block…I know it to be a real problem at times, but it can be overcome. I always have at least two, sometimes three, projects going on at a time. A novel, a short story, a poem. Or any combination. When I get stuck on one, I can slide over to the other to work. Then when I come back to the first, that “locked down” feeling is usually gone and I can see it with a fresh eye.

Another trick is to always stop your day’s writing in the middle of a scene or in the middle of a sentence, even. Then the next day, when you come to it, you will find yourself more excited to get back into the story because you aren’t having to re-heat your engine from scratch.

Beth’s most recent works include Hell Gate and Desper Hollow (horror novels), Night Benedictions (a collection of meditations and poems), and “All the Babes on Christmas Born” (a new Christmas song, soon to be released.)

She lives in the Shenandoah Valley of Virginia with her husband, illustrator Cortney Skinner.

She also does art set in her mythical Skeeryvilletown, populated by adorable monsters and critters, including  3–Eyed Devil Cat, Fire Breathing Dog O’ Death, Boo Boy (a ghost), and Bonehead (a skeleton dog).

She is currently at work on the sixth book of her Ameri-Scares novels for middle grade readers, a new young adult horror/sci fi fusion, and a nonfiction book about religion. She likes geocaching, knitting, hiking, chai, the ocean, and creepy amusement parks. She can’t stand cheese and or sound people make when they chew with their mouths open.

You can find out more about her at her webpage, elizabethmassie.com.

Laura Anne Gilman: How to Solve Writer’s Block
Lawrence Watt-Evans: I Wish I’d Known This When I Started Writing
Karen Taylor: To Outline or Not to Outline?
Paul Dale Anderson 1: Ideas & Improving My Writing
Paul Dale Anderson 2: Beginnings, Endings, Self-editing and Other Craft Problems
Cat Rambo: Finding the Right Starting Point
Alyssa Wong: When is a Piece Ready to Send Out?
Martin Mundt: To Outline or Not to Outline?
Theodora Goss: Writing in More Than One Medium or Genre