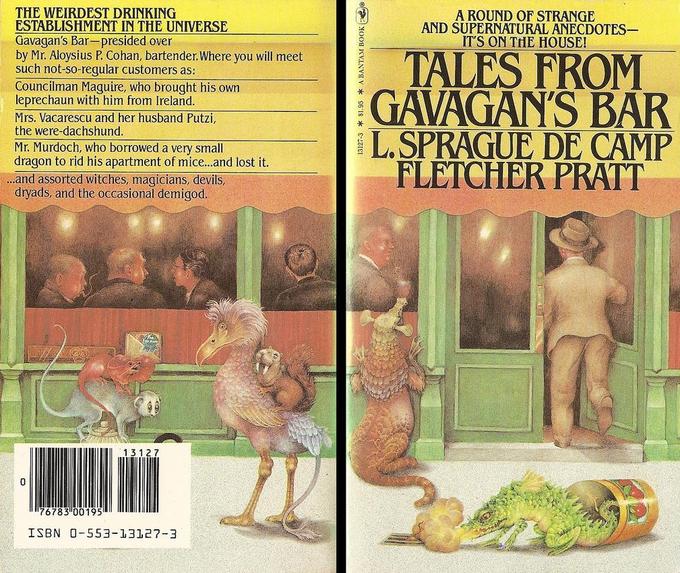 In March of 1925, the great Lord Dunsany created the character of Joseph Jorkens for the short story “The Tale of the Abu Laheeb.” Dunsany would return to the character many, many times, writing over 150 Jorkens tales over the next 32 years. They were some of his most popular stories, published in widely-circulated magazines like The Strand, Atlantic Monthly, The Saturday Evening Post and Vanity Fair. The Jorkens tales are widely credited with creating the genre of the “Club Tale,” which take place almost exclusively in comfortable settings like clubs or bars, where the narrator (himself, in Dunsany’s case) hears outlandish and fantastic tales from regulars and the occasional traveler from far away.

L. Sprague de Camp and Fletcher Pratt, both skilled American fantasists, imitated Dunsany with their own series of barroom tall tales, originally published in The Magazine of Fantasy & Science Fiction between 1950-1959. The first 23 tales were collected as Tales From Gavagan’s Bar (Twayne Publishers, 1953). Bantam Books released a much-expanded paperback edition in 1980 (above), which contained six new stories and a chatty essay on the origins of the stories by de Camp, “By and About,” written in 1978, after Pratt’s death.

The Hitlerian War interrupted our collaboration. In 1946, at the war’s end, Pratt and I decided to develop a series of barroom tall tales, along the lines of Lord Dunsany’s stories about Jorkens. I do not recall which of us first had the idea of reporting the events at Gavagan’s or whether we were ever consciously influenced by Dunsany’s example. Unbeknown to us, across the ocean, Arthur C, Clarke was launching a similar project with his tales of the White Hart.

The first Gavagan’s Bar story was “The Better Mousetrap.” This story was rejected by two magazines, rewritten, rejected some more, and finally sold to The Magazine of Fantasy and Science Fiction. Meanwhile, we had collected several more such tales and enjoyed speedier success as we got into the swing of things. In most of the stories we worked over our notes in collaboration. Then I wrote the rough draft, and Pratt did the final.

I find De Camp’s comment about the simultaneous development of Clarke’s Tales of the White Hart intriguing. In his eyes, he, Pratt and Clarke had coincidentally stumbled on a similar style of storytelling. But what was really happening was the birth of a genre. Over the next few decades a wide range of ‘barroom tales’ series flourished. 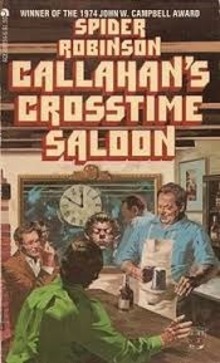 Violette Malan has covered many for Black Gate; start with her marvelous article “So We Were In This Bar…,” and continue with:

There are many other examples, including the Brigadier Ffellowes stories by Sterling E. Lanier, and the Draco’s Tavern stories by Larry Niven.

The expanded edition of Tales From Gavagan’s Bar was published by Bantam Books in January 1980. It is 277 pages, priced at $1.95. The cover artist is unknown. It has been out of print for 36 years, and there is no digital edition. Copies are very easy to come by, however… I bought one in perfect condition as part of a collection of a dozen unread fantasy books sold for just $4.99 on eBay last month. 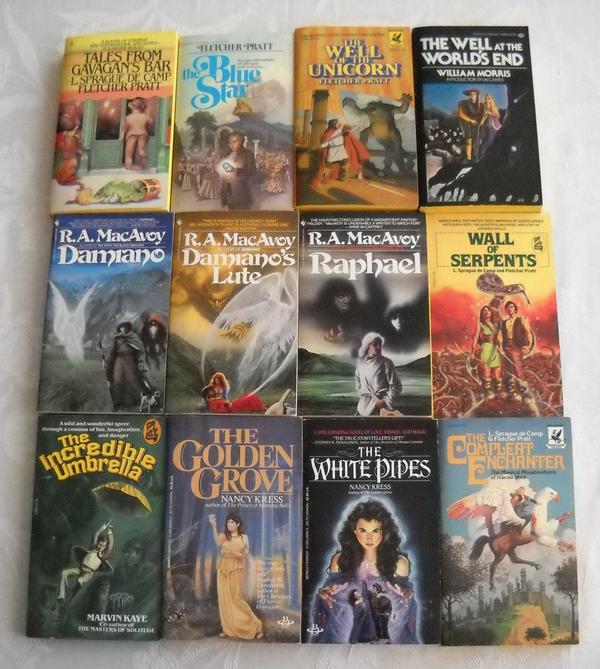 As collections go, this one has been a fertile lot… so far I’ve covered the following books from the same set:

I ha e a copy of the 1978 Owlswick Press edition, which I’ve read several times with great enjoyment. This is a favorite theme, I also have the Clarke, Asimov, Robinson. Dennis L. McKiernan did two books with this theme: TALES FROM THE ONE-EYED CROW and RED SLIPPERS. Both are set in taverns in his Mithgar world.