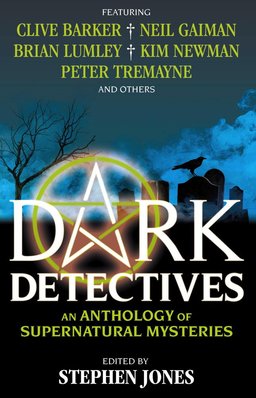 We have a tradition here at Black Gate of respecting supernatural detectives.

Let’s face it, they don’t get much respect anywhere else. But who else is going to defend the Earth from the forces of darkness? Usually without a salary, decent pension, or bennies of any kind. We’re not sure why they do it, but we’re glad they do.

CRIMES OF TERROR AND DARKNESS

Featuring the entire ‘’Seven Stars” saga by Kim Newman, pitting the Diogenes Club against an occult object with the power to ultimately annihilate mankind!

The trade paperback is a reprint of Dark Detectives: Adventures of the Supernatural Sleuths, published in hardcover by Fedogan & Bremer in 2000, and now long out of print and quite expensive (when you can find it). 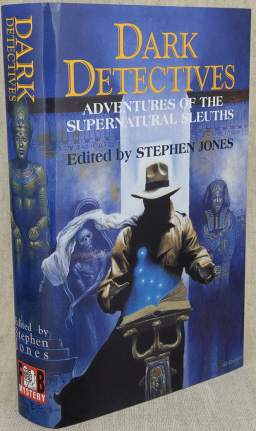 If you’re a fan of supernatural sleuths (and who isn’t?), we’ve covered several recent items of interest, including:

Weird Detectives edited by Paula Guran
The Son of Satan from Marvel Comics
The Dance of Death by Algernon Blackwood
The Casebook of Sexton Blake, edited by David Stuart Davies
The Black Veil & Other Tales of Supernatural Sleuths, edited by Mark Valentine
The Madness of True Detective
Sgt. Janus Returns by Jim Beard
The Yard by Alex Grecian
The Casebook of Carnacki The Ghost Finder by William Hope Hodgson
The Shapes of Midnight by Joseph Payne Brennan
The Complete John Thunstone by Manly Wade Wellman
The Silver John stories by Manly Wade Wellman

Not to mention the greatest occult investigator of all time, Kolchak the Night Stalker.

For Dark Detectives, editor Stephen Jones does a fine job collecting a range of tales from hard-to-find sources, including paperback collections, magazines from the 80s, and even The Secret Files of Solar Pons, published by Pinnacle Books in 1979. 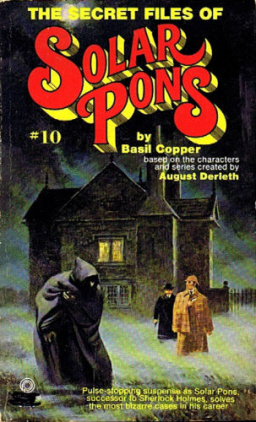 Dark Detectives: An Anthology of Supernatural Mysteries is edited by Stephen Jones and will be published by Titan Books on March 17, 2015. It is 480 pages, priced at $14.95 in trade paperback and $9.99 for the digital edition.

See all our reports on upcoming fantasy releases here.