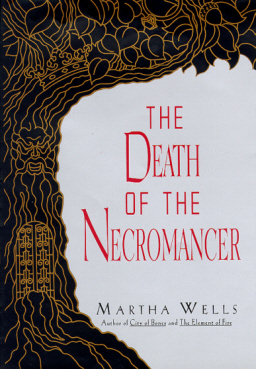 Black Gate is very proud to present Part Four of Martha Wells’s Nebula Award-nominated novel, The Death of the Necromancer, presented complete online for the first time. On her blog, Martha describes the book thusly:

It’s basically about a Moriarty-like master criminal and his friends in an otherworldy version of La Belle Epoque Paris with magic, who get involved in a clandestine battle with a sorcerer who seems to be trying to raise the dead.

And Publishers Weekly had this to say about the novel:

The setting echoes with the lively sounds and sights of turn-of-18th-century France, with a mesh of dark magic woven throughout. In her third novel, Wells (City of Bones; The Element of Fire) continues to demonstrate an impressive gift for creating finely detailed fantasy worlds rife with many-layered intrigues and immensely personable characters.

Part Four includes Chapters Fourteen through Eighteen. It is offered at no cost.