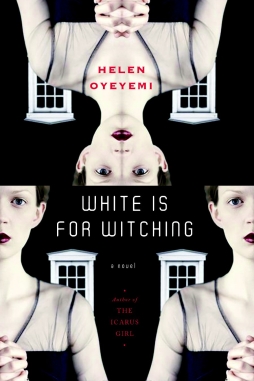 I picked up Helen Oyeyemi’s third novel, 2009’s White is for Witching, knowing very little about it. I’d read that Oyeyemi was a highly-regarded young writer in ‘mainstream’ literary circles, whose work contained some speculative elements (born in 1984, her first book had been 2005’s The Icarus Girl, followed by The Opposite House in 2007; a fourth book, Mr Fox, came out in 2011). What I found in White is for Witching was an excellent horror story whose intricacy demanded careful attention. It’s sharply-written and tightly-constructed, and if its plot is not immediately clear, the book’s strong enough to encourage careful attention.

The novel moves back and forth between several perspectives, building an unusual structure out of their interplay. The prologue at first borders on nonsensical, but as the tale goes on, things become clear: this is a novel of great ambition, not afraid to possibly bite off too much. If the tone had been slightly different, the sheer flashiness and verve might have been distracting; as it is, the book modulates nicely between voices, building from a normal-seeming reality to an increasing awareness of wrongness, madness, and the supernatural.

The inventiveness of the book rests on a traditional gothic framework. There’s a family saga here and a cursed dwelling. The house, in fact, is given a voice, a personality, and may be the monster, or a monster, moving events. But one of the book’s unusual aspects is the way you’re never quite sure who is the monster, even when you’re given the point-of-view of each character. It’s a book that seems to resist any one possible reading, any reduction to one truth. 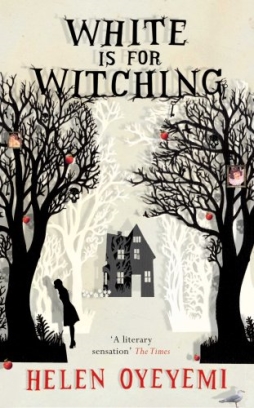 It revolves around Miranda Silver and her twin brother, Eliot. The story opens soon after their mother Lily’s death, with both of them sixteen years old. They live in Dover with their father, Luc, in a house Lily had inherited from her family, and which Luc’s converted to a bed-and-breakfast. As the book goes on, the twins graduate high school and Miranda goes off to university, then returns. But other things are happening: pale black-clad Miranda suffers from a rare eating disorder called pica, where she’s compelled to eat indigestible matter. Hints come that the house hides mysteries. Someone’s attacking refugee families. There are intimations of a spirit Lily Silver imagined called the goodlady; a new friend of Miranda’s, Ore, tells a Caribbean story of a vampiric witch called the Soucouyant that seems to bear on the increasingly tense atmosphere of the Silvers’ home.

By the middle of the book, one comes to find passages like this:

Over Lily’s shoulder Miranda counted — four places, four people — Lily made one, Miranda made two, for number three there was Jennifer, Lily’s mother, and the fourth was her GrandAnna, her white hair gleaming. Jennifer and GrandAnna sat side by side with their elbows on the table. They leaned forward, anticipating a meal. They were naked except for corsets laced so tightly that their dessicated bodies dipped in and out like parchment scrolls bound around the middle. They stared at Miranda in dumb agony. Padlocks were placed over their parted mouths, boring through the top lip and closing at the bottom. Miranda could see their tongues writhing.

“Who did this to them?” Miranda asked Lily, curling her arm around her mother’s neck.

Lily turned her head away. “I did,” she said. She sounded proud.

The long table was made of pearl, or very clean bone, and it was crowded with plates and dishes; there was fruit, and jugs of the spiced wine her father would make in a cauldron at the beginning of November. There were jugs of the pithy lemonade that her father made in the very same cauldron when May came. Miranda knew exactly what was on the table because she and Lily joined hands and walked up and down its length, looking for something, anything, that Miranda might like to eat. Food steamed and sizzled and swam in juices and sauces hot and cold and rich and sweet, there were even sticks of chalk and strips of plastic, but all they did was make Miranda hungrier for what was not there, so hungry that she released her mother’s hand and held her own throat and gagged. Her hunger hardened her stomach, grew new teeth inside her.

I think this passage is worth quoting at length for the particular atmosphere that it creates through the precision of its language and the rhythms of its sentences. Note that at least three of the people with places at the table are supposed to be dead; yet their appearance here, with corsets and padlock, somehow feels like more than a dream. I’d say that this passage captures the feel of the Freudian uncanny, something both familiar and foreign at once, both real and unreal. One does not know exactly how those women get to be in that place; in fact, it’s unclear in context what this ‘place’ is (though it becomes possible to understand eventually). The sense of the unreal’s heightened by a transition from a set of more realistic scenes right beforehand. In all, it’s a tremendous evocation of the horrific. 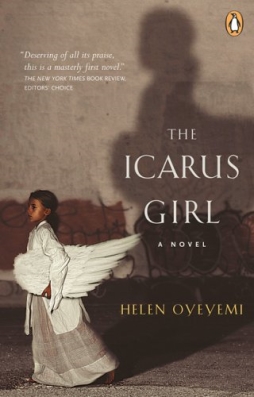 I think the specific imagery Oyeyemi uses brings out that horror even more finely. Miranda’s eating disorder underlies the whole sequence. The chalk and plastic are items she repeatedly eats throughout the book — plastic, the disposable, and chalk, the matter of Dover, the physical stuff that makes up England. But this scene shows us that the disorder itself is only a symptom of a greater wrongness, a hunger she can’t admit. The contrast in the second paragraph with the homely memories of Miranda’s father seem to me an excellent bit of implication — there’s the contrast of the normal memories against the surreal present moment, the mention of a ‘cauldron’ calling to mind association with witches and witchery, and the very absence of Miranda’s father in the presence of her female ancestors: he’s missing something, he’s threatened without the threat being articulated. In fact, in only a couple of pages Miranda approaches him as though herself preparing to eat him, to feast on his vitals.

This is another not-to-be-overlooked aspect of the passage: its sheer craft. It brings out one of the central aspects of the horror of the story. The imprisonment of women; the conflict against the boundaries of previous generations, haunting the present. And the eating of things that ought not to be eaten — the violation of taboo, again returning us to Freud’s uncanny. To me this passage seems to crystallise some, though not all, of the themes and terrors of the story.

Still, almost any single passage is unlikely to get across the feel of the book, due to the multi-angled structure of the story. The swift and unexpected transitions from one narrator to another are striking. So is the book’s willingness to challenge its narrators — more than being unreliable, it’s implied that some of them are outright liars. As a reader, one pieces together a narrative out of the flashbacks and occasional flashforwards, and then has it undermined by doubts about who is doing what and who, for that matter, is really who. 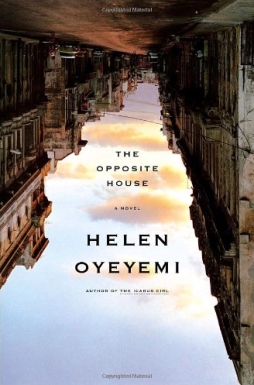 The gothic image of the double becomes increasingly important: twins, mirrors, the contrast of white and black. Miranda’s doubled by Eliot, her twin; then again by her friend and lover Ore, who becomes prominent in the second part of this two-part novel. Miranda’s room is called a ‘psychomanteum,’ a place where reflective surfaces bring out spirits. Apples are red on one side and white on another, unripe, posionous as fairy-tale fruit.

But this is hardly the only gothic motif the novel uses. The house, the family, the haunting, all have gothic roots; there’s a discussion about Poe, a list of books including Hoffmann, Collins, and Le Fanu. So the novel’s knowledgeable about its traditions, at the same time as it argues with and expands those traditions. Which seems to be the business of the book as a whole: traditional Englishness is challenged, and refugees and immigrants become more and more significant as the story goes along. The conflict of new Britons with old is implicit in the Dover setting, a traditional port, a point of interface between Britain and the rest of the world; brought out further in the old churchyard neighbouring the Silver house on one hand, with its evocation of an ageless past, and Ore, adopted by White parents, on the other. The gothic’s changed and expanded, gaining new unlife from new traditions: the evils of the story are easily read as forces of conservatism.

So folklore of different cultures is used in the book: not just Snow White and her poisoned apples, but the Soucouyant, a vampire dispelled by rubbing salt and pepper into her skin, white and black together. The old gothic monstrosities are given new dimensions, renovated for a new era. The looming mansion has a specific symbolic spin: the ancestral home becomes the symbol of bloody-minded tradition, of a refusal to accept the new. Ghosts bind us to a dead past. 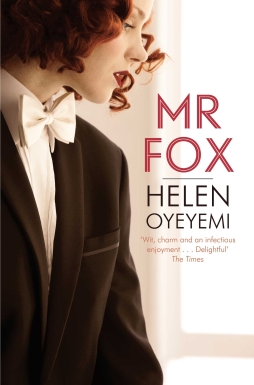 Or so it seems. The book enthusiastically embraces ambiguity; which is normally a fine thing, but becomes risky if it threatens clarity of theme. Ambiguity can open the door to creative readings, but also challenge meaningful communication: an alert and creative reader might take hints not so much in a single wrong way, but in multiple contradictory ways, and so find a muddle instead of clarity. There’s a risk of that here, I think. On a plot level, it’s difficult to tell how unreliable the narrators really are. Some contradictions are clear (one minor character is first said to have a brother, then to be an only child) but their meaning is not (is somebody lying? Does the character in question really exist? Is she the killer of refugees?). The Soucouyant has the power to slip in and out of skins; how then can we know who we’re dealing with at any given time? Who, really, is who?

I think the general concerns of the novel are clear. And I think identity is a part of those concerns. I think the conflict between inward-looking tradition and threatening newness is central. I think the use of multiple voices is significant. And I think questions of family, and of the connection between people, have a part to play.

Still, much in the book is not obvious to me. Even typography is puzzling: paragraphs occasionally lack indentation (sign of an abrupt transition, or a dislocation in consciousness?) or are interrupted by parentheses. In the first part of the book, but not the second, single words in mid-sentence centred on the page become a means of transition from one voice to another. It’s a striking effect, but I can’t work out what it’s supposed to convey.

I think the book works because the ambiguity serves the horror: by being wrong-footed, the reader’s thrown headlong into that unsure, uncanny world. And I think it works because even if I can’t immediately explain each device in the book, there is still a sense that there is an explanation; that there’s a unity in the novel. Which I think means that the themes of the book cohered to me as I read it. It’s a book that rewards careful examination, careful consideration. The ambiguity engages you, and makes the work live. I think it may be overdone, but even if so, it’s still oddly exhilarating. This is a young writer discovering her powers, and there’s something dynamic in that alone. Even better is that it also results in an intriguing book that demands and rewards close attention.