To Open the Sky by Robert Silverberg (Sphere, 1977). Cover by Peter Elson

I’m on something of a Robert Silverberg kick. It started when Mark Kelly reviewed Silverberg’s early novel Collision Course for us back in April, one of the first SF novels I ever read, and in a haze of nostalgia I ended up taking an extended look at all six Silverberg novels packaged up by Ace in that magical year of 1977. More recently I’ve been collecting some of his earlier books, and finding all kinds of interesting artifacts, like the 1969 anthology Dark Stars, and the 1967 fix-up novel To Open the Sky, assembled from five novelettes originally published in Galaxy magazine.

To Open the Sky is the saga of two religions that emerge in the 21st Century, both of which worship technology and atomic power. Over nearly a century the mysterious origins of both religions, and the secret ambitions of their founders, are gradually revealed. It’s the kind of epoch-spanning, tech-focused SF that isn’t written any more. Here’s an excerpt from my favorite review, a short but insightful piece by Thomas M. Wagner at sff180.

A fine example of pre-1970s Bob Silverberg, To Open the Sky is the absorbing story of an overpopulated and economically depressed world clinging to the outcome of a religious schism for its salvation. But is the schism itself a pure public relations ploy, a staged affair whose intricacies are known only to its elusive and enigmatic founder?…

Silverberg effectively constructs a narrative on an epic scale — nearly a century of time between 2077 and 2164 — within a taut 200 or so pages, demonstrating once again that the present-day tendency towards bloat in SF and fantasy publishing is not necessarily the only way to convey big ideas set against a big canvas. Noel Vorst is the founder of a new religious movement rooted squarely in science. Though there is plenty of spiritualist window dressing to appeal to the emotional needs of the disaffected, the promises of the Vorsters are materialist to a fault. There is the promise of potential immortality, as well as the ultimate colonization of the stars, both unfulfilled so far due to limitations of technology.

But interfering with the Vorsters’ plans are the Harmonists, a renegade sect founded by the apocryphally-named David Lazarus, martyred for his opposition to Vorst’s political and economic ambitions. The Harmonists have since emigrated to Venus, whose colonists have had to undergo dramatic physical alteration to adapt to the environment… When a surprising development — the discovery of Lazarus’ burial place on Mars — stands to change the balance of power in the schismatic struggle for humanity’s future, each side is brazenly honest (at least with themselves) about whether or not this will be good or bad for business.

To Open the Sky is episodic, having been assembled from earlier short works, but there is never a feeling of narrative disjointedness. And each of the book’s five parts offers compelling character development, following the fates of several key players as they fall into the clutches of either the Vorsters or Harmonists and each side’s hidden agendas. Most interesting the Faustian tale of Christopher Mondschein, who joins the Vorsters but is undone by his overweening ambition…. A most highly recommended read, and more proof, if any were needed, that used bookstores are your friend.

To Open the Sky by Robert Silverberg (Ballantine, May 1967). Cover by Richard Powers

The original five novelettes that comprised the novel were all sold to Frederik Pohl at Galaxy, and appeared in 1965 or ’66.

To Open the Sky was popular enough remain in print for more than three decades. It was originally published as a paperback original by Ballantine Books in 1967, with a ho-hum cover by the ubiquitous Richard Powers (above).

FYI, the cover to the 1970 Ballantine edition was actually the back cover to the hardcover edition of Colonel Sun, the James Bond novel written by Kingsley Amis.

Right you are! Oddly enough, the front cover is very familiar too… has it been used for a JG Ballard novel as well? 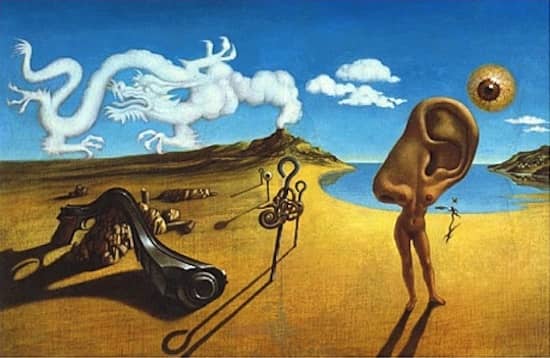 Found it! Not Ballard. Timepivot by Brian N. Ball, also published by Ballantine in 1970. 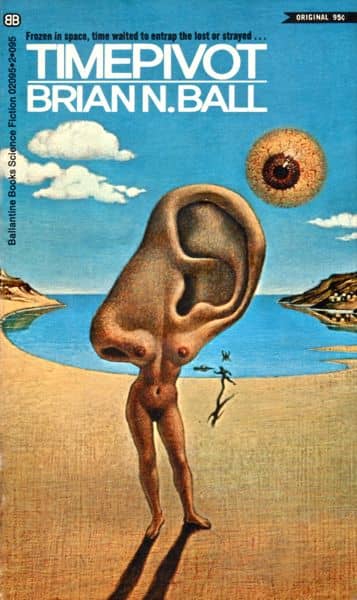 Rather economical way to make use of a single painting… break it up into two paperback covers, both published by Ballantine in 1970.