John R. Fultz recently alerted us to some unfortunate news: Ragnarok Publications, the independent small press behind the acclaimed anthologies Blackguards and Kaiju Rising: Rise of Monsters, has officially canceled their slate of upcoming novels. This affects several books we were really looking forward to, including John’s upcoming Son of Tall Eagle, the sequel to The Testament of Tall Eagle. Here’s part of the announcement posted on the Ragnarok website yesterday:

It’s time for a hard decision.

In order for us to get our feet under us again, we have to reboot in a way. It’s extremely unfortunate and we wrestled with this decision, but for now, we’re closing down the majority of our novel contracts. We feel like the authors we work with are family and this is the last thing we wanted to do — hurt our family. We love and believe in all the novels we’ve published, but we simply cannot afford to keep them in print, nor can we afford to put out new novels at the level of quality that we are known for.

Here’s the complete text of the announcement from publisher Jeremy Mohler.

In addition, Ragnarok will not be keeping their existing books in print — so if there are titles you’ve had your eye in in their catalog, we suggest you move quickly.

The news is not all bad. Ragnarok plans to fulfill their obligation to their Kickstarter backers and deliver their upcoming anthology Hath No Fury on December 1st, as planned. 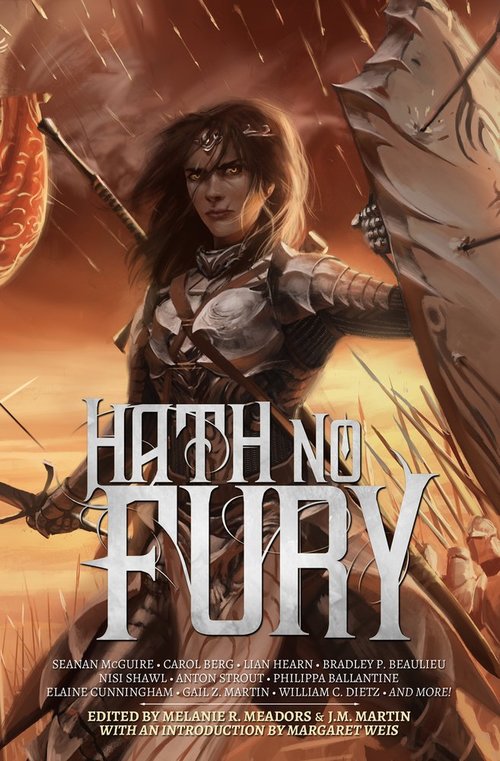 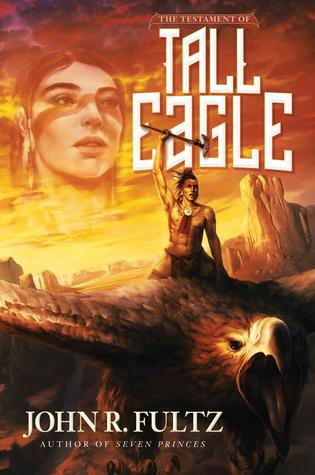 Ragnarok is not shutting down, and they intend to continue publishing games, including their upcoming Horsemen of the Apocalypse card game created by Mark Lawrence, and Shotguns & Sorcery RPG Setting by Matt Forbeck.

The next year is going to see us concentrating on putting out only a few projects. We’ll be maintaining our current anthologies and we’ll be developing a few new ones. We’ve got a few games we’ll be putting out as well as a few comics. We’re still sorting out what our schedule for 2018 looks like.

However, in the meantime, the focus will be on getting completely clear of the mess of the previous several years and rebuilding. We’ll be making sure that everything is right with all the authors we’ve worked with to the best of our ability, settling any remaining problems, and then rebuild, rebuild, rebuild.

I certainly wish them luck and hope they put it together… but my cynicism and world experience tells me one possible outcome, which I’ve seen before is this:
Radio silence, no more announcements, and company quietly goes under.
I’m keeping my fingers crossed it doesn’t go that way, however.

I’d also add… I think generally the company gets a bigger cut if you buy directly from them as opposed to amazon or someone, so if you want to support company, consider buying a book, and buying it straight from their website.

You’re absolutely right that companies get a bigger cut of direct sales. It was direct sales of back issues that kept Black Gate alive for nearly a decade!

You heard it here first:

The TALL EAGLE series will be moving to Wildside Press. Not sure when this will happen, as it depends on Ragnarok getting me the files for the first two books. At that point it should be a fairly quick transition, and apparently I’ll be bringing along the terrific Alex Raspad covers–so the books won’t have to change their look.

As for future volumes of the series, they will either be released directly from Wildside or through other small-press/indie publishers. I’m currently talking to Skelos Press about releasing the third book, but it’s still to early to say much about it.

However, SON OF TALL EAGLE, which fans have been waiting for a long time–will be released even earlier than planned. Ragnarok had set it for a Spring release, but once these have transitioned over to Wildside, we will release SON OF TALL EAGLE as soon as possible–I’m guessing it will be Jan or Feb.

I chose Wildside for the series because of its established stability and track record–this is the company that published WEIRD TALES for many, many years, and still publishes some of my favorite authors. I’ve seen small presses come and go–often destroyed by rapid growth–but Wildside has been going strong since 1989. In fact, 2019 will mark Wildside’s 30th year of operations–I look forward to being part of their tremendous body of fantasy works.

That’s great news! Wildside is one of the most stable small press publishers out there — and their back catalog is second to none.

Keep us posted here so we can make some noise when the book is available!

You know it, John! Thanks as always for your unflagging support. TALL EAGLE lives!

UPDATE: As much as I still want to work with Wildside on something, Crossroad Press really wanted the TALL EAGLE series, and they’ve convinced me to give them a shot. So at this point it looks like the new home for TALL EAGLE is Crossroad Press. This means that SON OF TALL EAGLE premiere in eBook format by January, and soon after a print edition will also be available. All of this assumes the transfers of files and date between Ragnarok and Crossroad goes smoothly. I’m joining a few other former Ragnarokers at Crossroads, and I’m looking forward to working with them. This also means the odds for a third TE book just got a whole lot better. TALL EAGLE LIVES….